Soulblight Gravelords in the New Edition 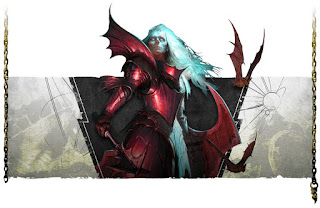 This is one I had been waiting for, the Soulblight Gravelords. How will they fare in the new edition? check out the preview below to get an idea.
via WarCom
https://www.warhammer-community.com/2021/06/10/outlast-any-enemy-with-the-soulblight-gravelords-in-the-new-edition/ 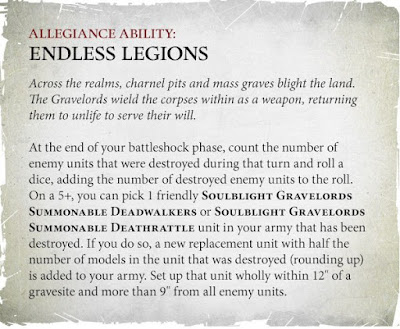 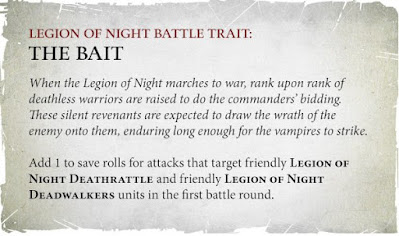 Biggest Winners
Being dead already at the start of a battle clearly has its advantages – it’s hard to make something even deader, after all. And when you can replenish your numbers with your opponent’s freshly slain warriors, even better! But which Soulblight Gravelord units are best served by the updated rules in Warhammer Age of Sigmar’s new edition? Here are Steve’s top picks.
Mannfred von Carstein
Steve: The Mortarch of Night can cast multiple spells, and a combination of the Heroic Recovery ability with The Hunger shared by all Vampires lets him heal up to 2D3 Wounds a turn, so he can stay alive and keep disrupting the enemy. If the enemy gets too close, he can disappear into the shadows using the Mortarch of Night ability to protect himself, then make the most of the Monster keyword by using Roar to stop enemies using command abilities in the following combat phase. 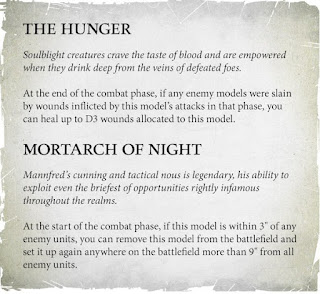 Blood Knights
Steve: Blood Knights benefit from a couple of standout abilities. Firstly, their 3+ Save, coupled with the All-out Defence command ability, means they’re going to stick around.*** Riders of Ruin lets them make a normal move even when enemies are within 3”, trample straight over them (inflicting mortal wounds in the process), then charge straight back into the unit with deadly lances for masses of damage. 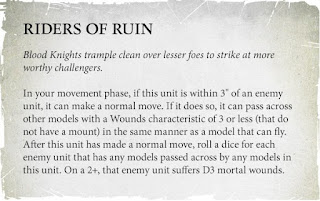 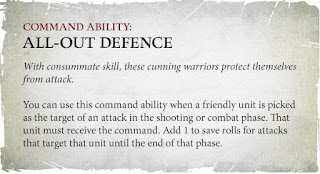 Deadwalker Zombies
Steve: Big units of the shambling dead will ruin any opponent’s day – they’re the ultimate speedbump. Not only do they take ages to chew through, but they can come back from gravesites, and their The Newly Dead and your army’s Endless Legions let you bring the enemy dead back to fight on your side as well. The Deadwalker keyword synergises with lots of Heroes and sub-faction abilities – use a core of Necromancers, Corpse Carts, and Deadwalker Zombies to slow down the enemy advance and turn the game in your favour. 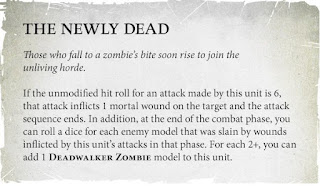