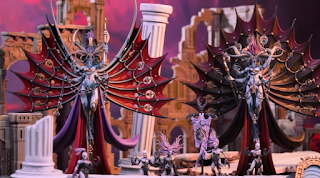 Great looking miniatures of Slaanesh are coming. A set of daemonic twins you have to see to believe

via WarCom
https://www.warhammer-community.com/2021/04/19/quiz-which-of-these-new-slaaneshi-daemons-are-you/
Dexcessa, the Talon of Slaanesh
Embodying the lethal, ferocious aspect of Slaanesh’s lust for battle, Dexcessa is a combatant of power and grace rarely seen even among the ranks of greater daemons. With wicked-sharp claws and the Scourge of Slaanesh in their grasp, the Talon of Slaanesh soars to ever-greater heights of blissful butchery from the moment the first drop of blood hits the floor. 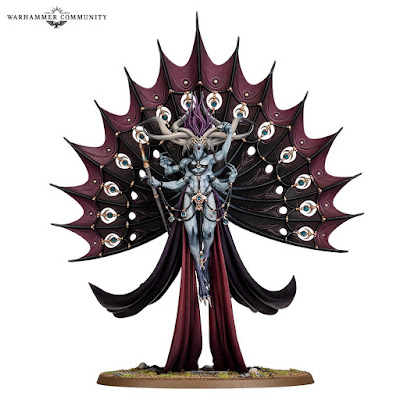 Synessa, the Voice of Slaanesh
The softly spoken word to their sibling’s keening war cry, Synessa derives far more pleasure from the manipulation of the mind than brute physical excess. While commanding eldritch magics is as easy as a snap of their fingers, the Voice of Slaanesh’s true power lies in the mesmerising strength of their words, which are heard across a raucous battlefield by all of the Dark Prince’s devotees. 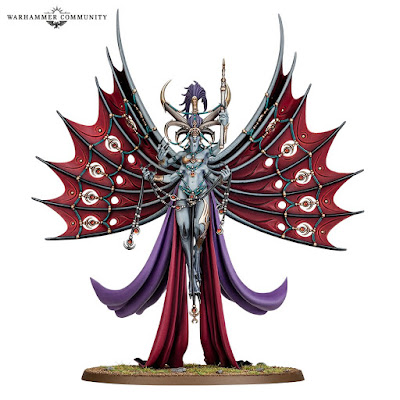