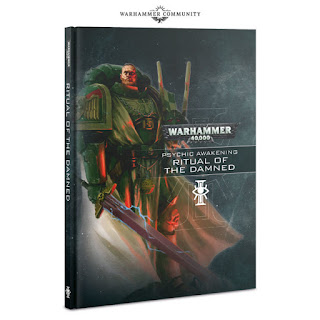 From Games Workshop yesterday during the Christmas... New things on the way! Ritual of the Damned and more. Here are some holiday previews

War in the Clouds

First up, there’s trouble brewing in the skies above the Mortal Realms
With two new battletomes and a battlebox featuring two new Heroes landing in January, 2020 is starting with style in the Mortal Realms.
The Endrinmaster with Dirigible Suit is the first unnamed airborne Hero for the Kharadron Overlords – great for keeping up with your skyvessels and leading your plucky Endrinriggers into battle. 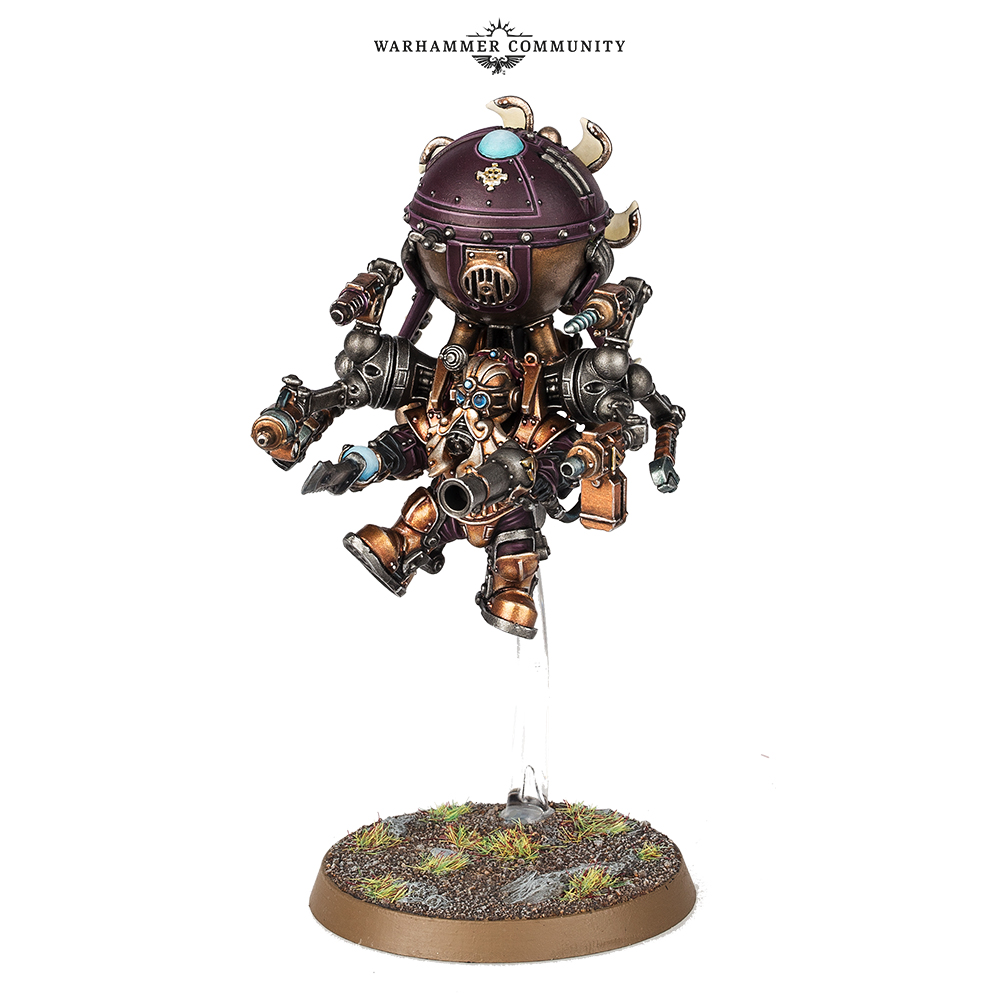 The Magister on Disc of Tzeentch specialises in transforming enemy models into Chaos Spawn, which is both tactically useful and pleasing to Tzeentch, while his nine-bladed disc allows him to keep pace with your Tzaangor Enlightened and Screamers of Tzeentch. 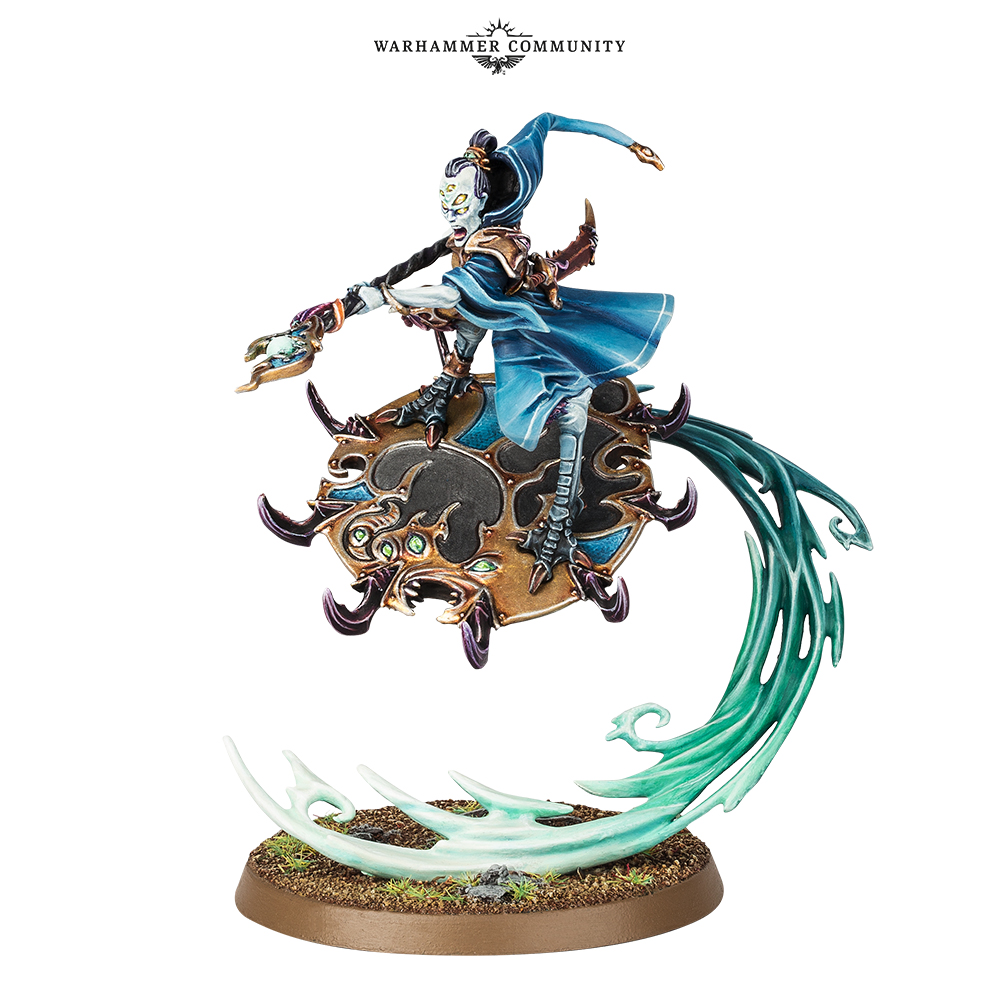 Both the Disciples of Tzeentch and the Kharadron Overlords are also getting new battletomes, bringing them roaring into the Soul Wars with a host of competitive and thematic new options and ways to customise your force. Expect to see more on these in the next few days (just as planned).

The Ritual of the Damned Begins!

As the Thousand Sons prepare to enact their dread rites, two of the most venerable Chapters of the Adeptus Astartes take up their blades to defy Magnus’ sons and halt their sorcerous schemes
At the head of the Dark Angels forces is Master Lazarus – former Sergeant, now Captain of the Dark Angels 5th Company! For those of you who remember The Wrath of Magnus, Lazarus was laid low by the fell sorcery of the XV Legion. Reborn as the first Primaris Space Marine of the Inner Circle, he’s back with a dark vengeance and an even deeper hatred for psykers. 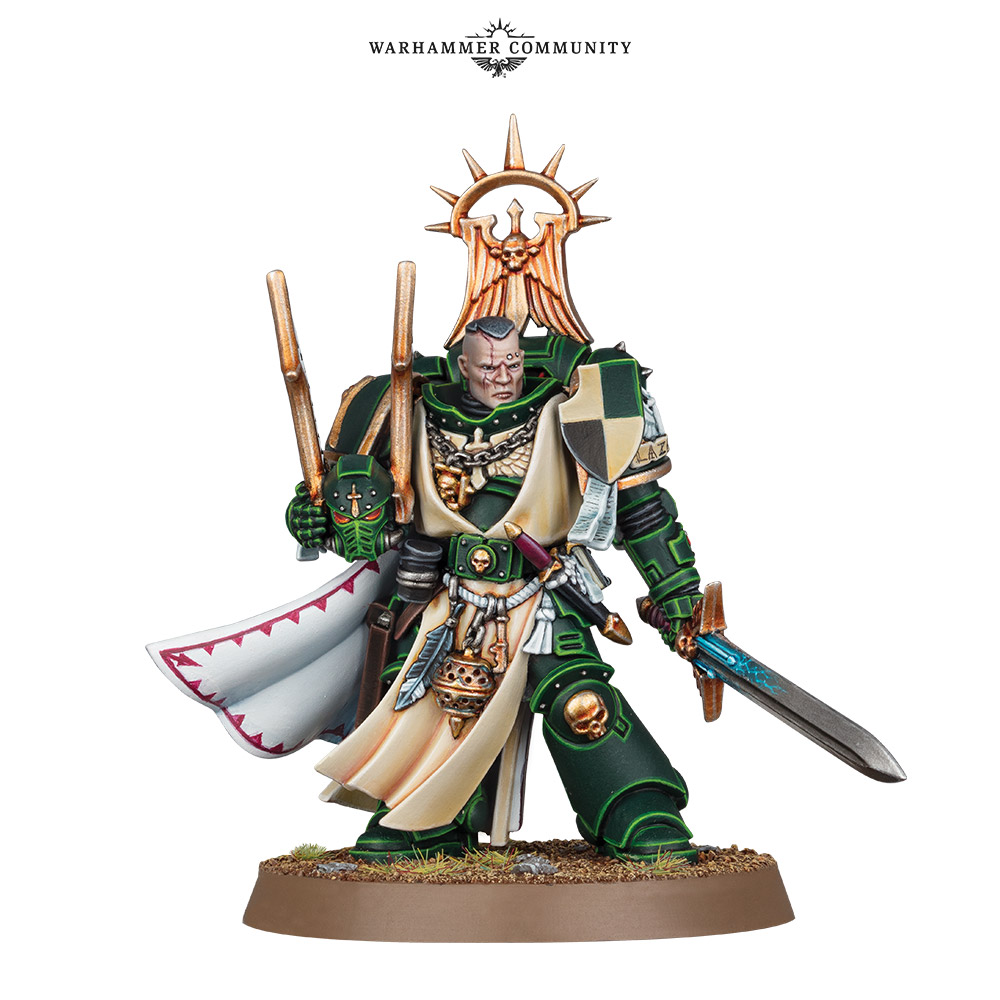 Fighting alongside the Dark Angels are the Sons of Titan, whose prognosticators have foreseen the future evildoing on the twin homeworlds of the Thousand Sons. All of this will be covered in the next instalment of Psychic Awakening, which also contains rules for all three of these factions. 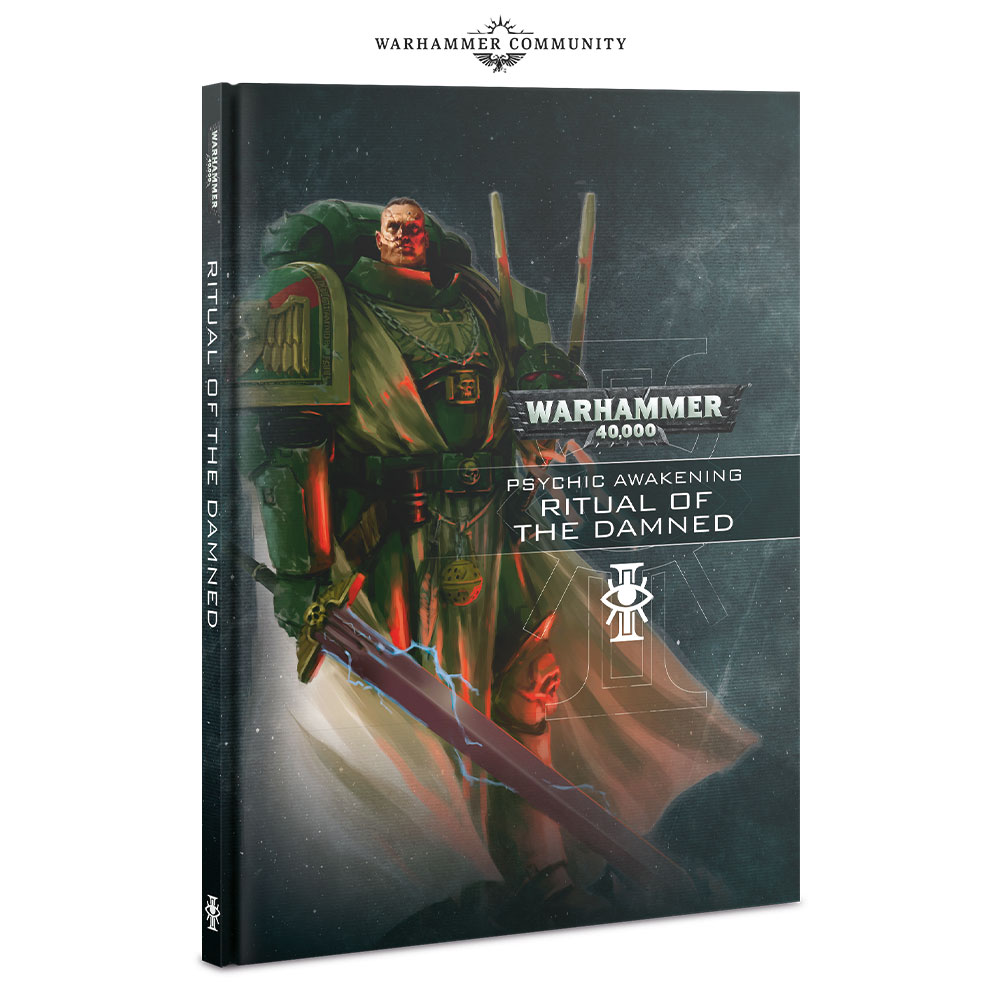 For the Dark Angels, this book brings the Chapter into line with recent Space Marines updates, and also includes lots of juicy new rules content, especially for Deathwing and Ravenwing commanders.
The Grey Knights get plenty of new tricks too, including a particularly powerful new ability called Masters of the Warp, which rewards you for taking a dedicated army of Grey Knights, channelling a specific aspect of the warp to provide an army-wide bonus.
The Thousand Sons can now dedicate their Sorcerers to one of the nine Cults of the Legion – a callback to their arcane roots on fallen Prospero – providing them with a plethora of new tactical options.
We’ll have more news on the book closer to its release.

Back With a Vengeance!

To celebrate the arrival of the Dark Angels into the Psychic Awakening, the models from the Dark Vengeance boxed set are back via our Made to Order service for one week only! The Armies of Vengeance set is a great starting point for both a Dark Angels and a Chaos army, with classic models and iconic heroes available nowhere else.* 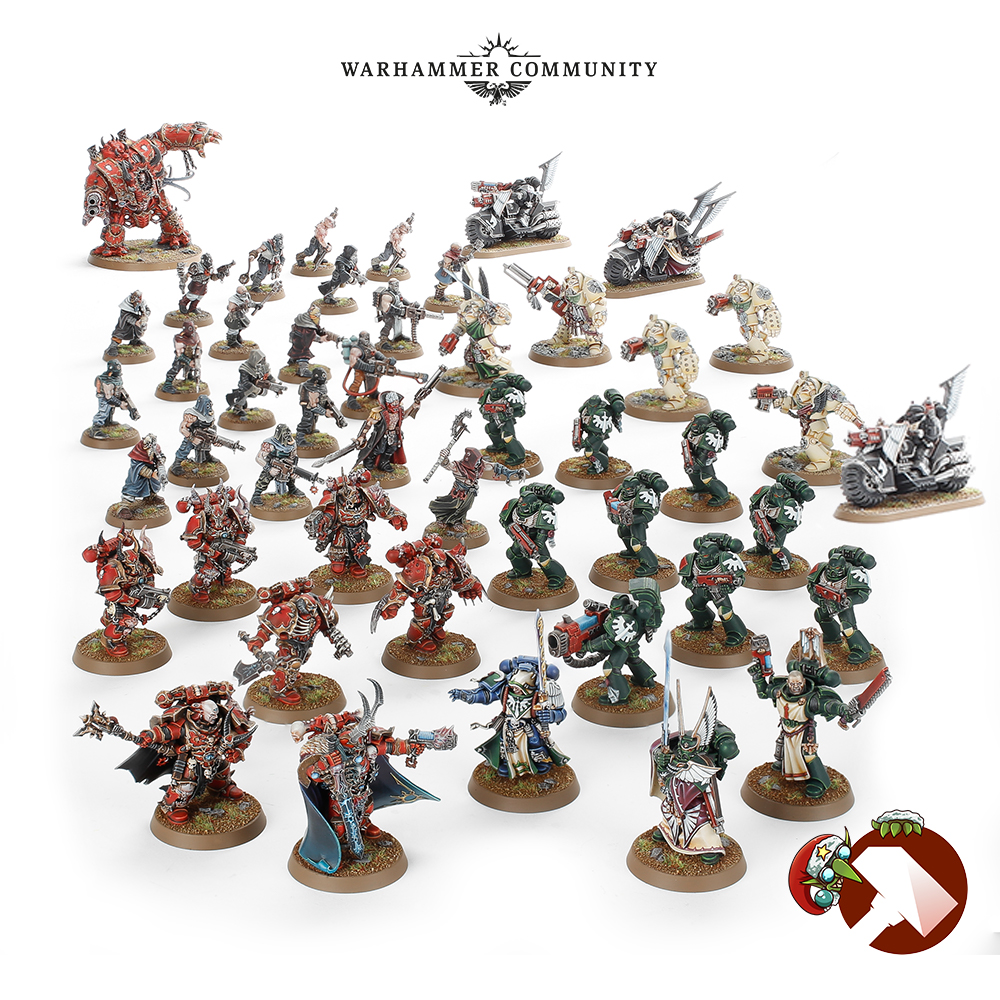 It’s not just about Armies of Vengeance – you’ll also have the opportunity to get your hands on some legends of the Dark Angels Chapter, such as Veteran Sergeant Naaman, Asmodai, the Master of Repentance, and the enigmatic Fallen, Cypher. 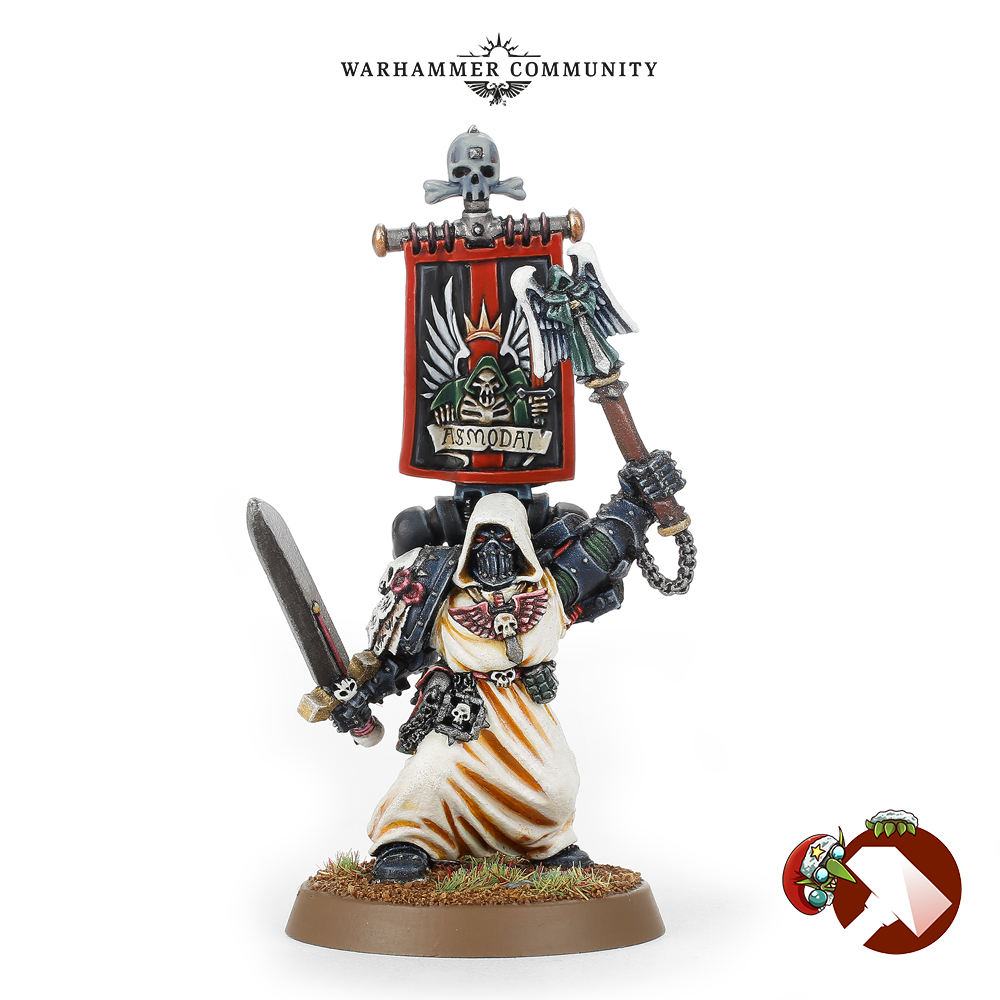 But they won’t be here for long (the Rock moves around, after all). In fact, they’ll be available for one week only, until the 1st of January 2020. If you want to order your pieces of Dark Angels and Chaos Space Marines history before they disappear mysteriously once more, grab your copies today. In fact, you can even bag yourself an exclusive pin badge if you grab the full set of Made to Order goodies! 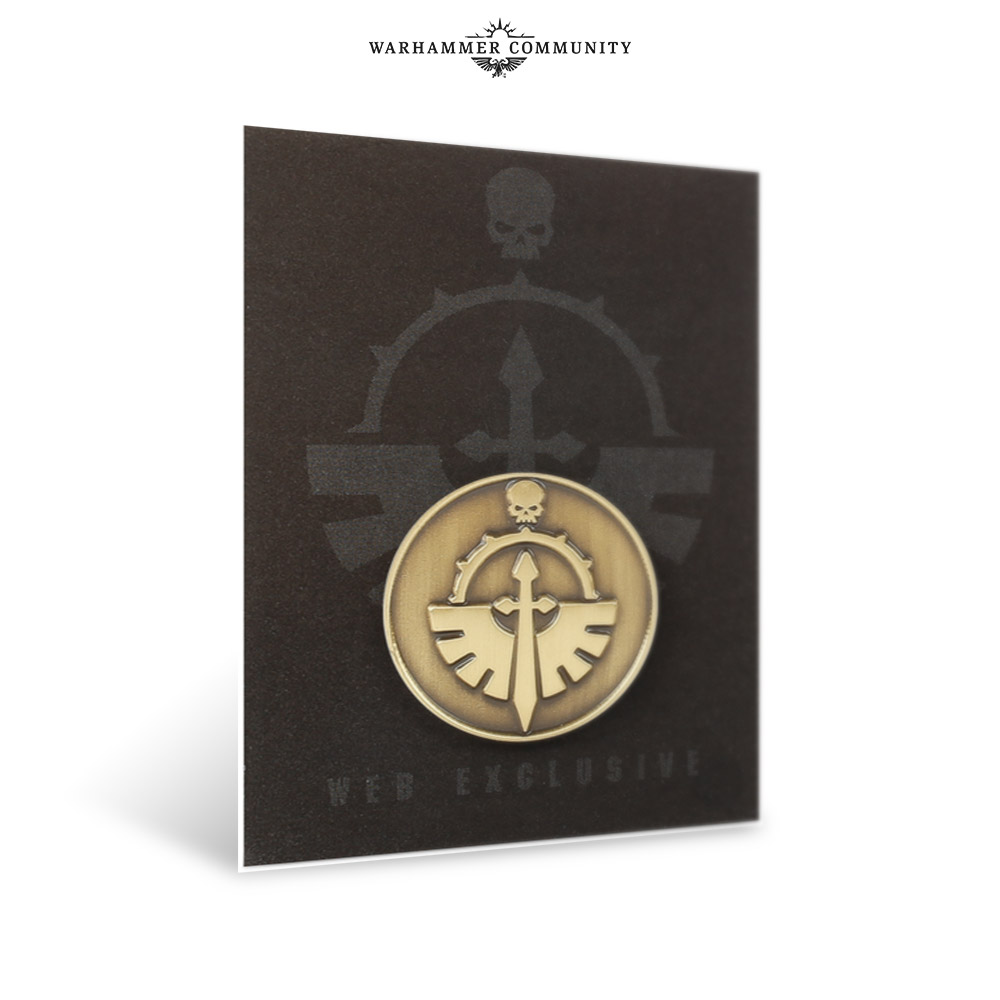 As a final treat, we’ve teamed up with Creative Assembly to start your new year with a bang by giving you a free copy of Total War: Warhammer for PC!* Just place an order for any physical product now on games-workshop.com and, while stocks last, we’ll include a card featuring a unique download code for the game. How cool is that?! Well, we’ve distracted you from your festive frolicking for long enough, so we’ll let you get back to it