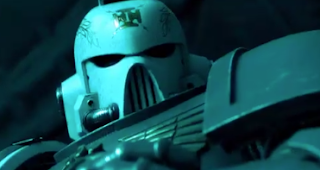 For those that do not know, Astartes the fan fiction film being made and live on Youtube lost their Youtube site not too long ago. It was restored and is back up and running I couldn't be happier about it along with the new preview gif shown to help tide us over until Part 5 is officially released.

If you have not been keeping up, here is the link to the fully restored Youtube channel to rewatch the first 4 parts.
https://www.youtube.com/channel/UCFMtdiQILuTZr22sKUeAOOA/featured

YouTube Channel restored! I was about to lose hope but YT came through in the end woohoo! Thank you to everyone for the support! The community's response has been amazing. Now let's celebrate with some Part 5 gifness. pic.twitter.com/zQumduvs6A
— Astartes (@Astartes40k) December 12, 2019