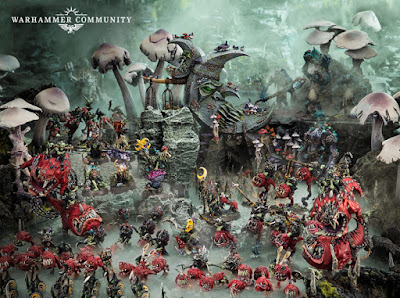 Games Workshop is doing a look back at the 2019 year thing and today we will start with January through April. Lets see what was out!


via the Warhammer Community
https://www.warhammer-community.com/2019/12/18/the-year-in-warhammer-january-to-aprilgw-homepage-post-1/

January is rubbish, isn’t it? It’s cold, Christmas is ridiculously far away, and everyone looks sad. Except January 2019 wasn’t rubbish. January 2019 was brilliant – and it was mostly down to the Gloomspite Gitz! 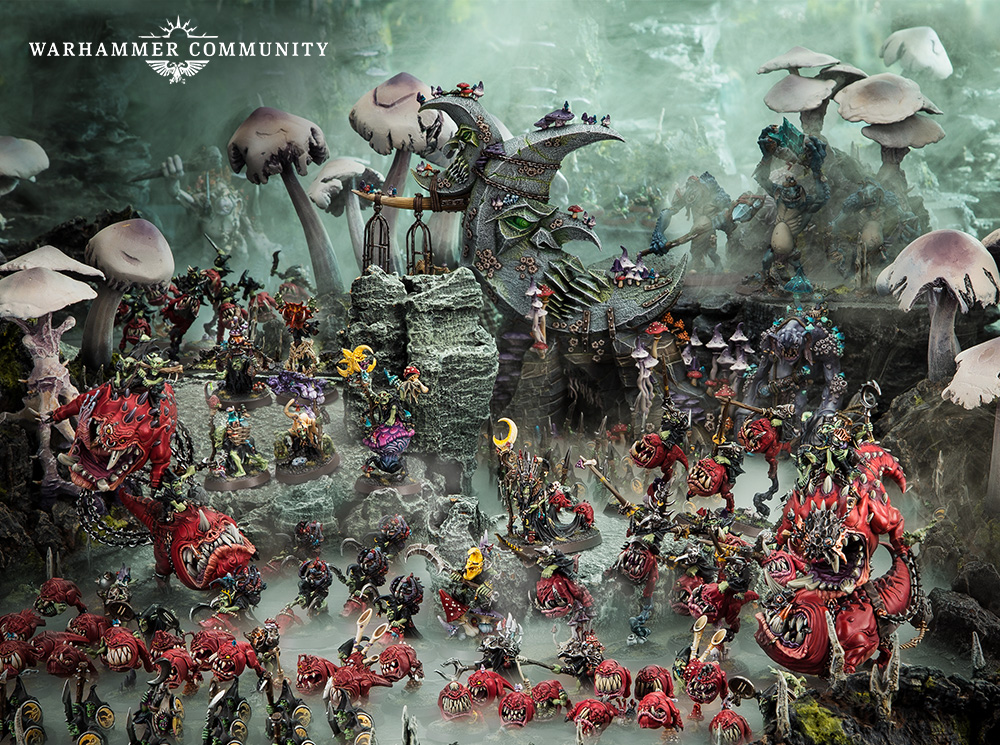 Updating the classic Night Goblins of Warhammer’s past for the Mortal Realms, the Gloomspite Gitz release gave you one of Warhammer’s most inventive, bizarre and downright hilarious armies. Just look at this guy! 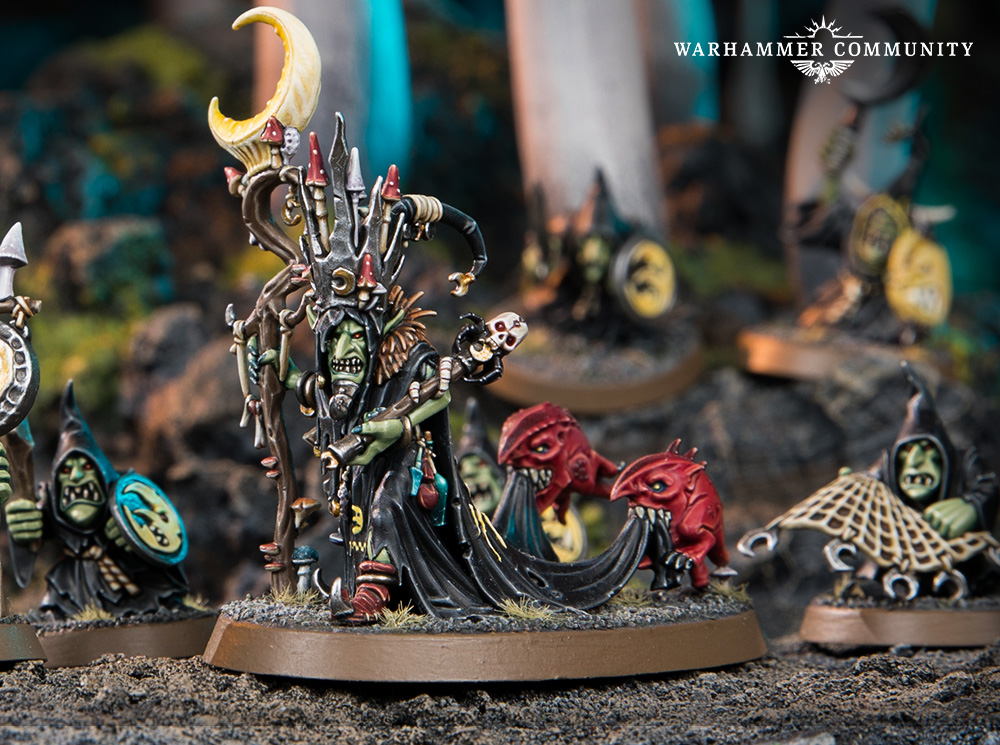 The Warhammer year was off to a pretty flippin’ fantastic start – and then it got even better.

Not to be out-gribbled by the Mortal Realms, the 41st Millennium saw the Genestealer Cults adapt with all sorts of cracking new kits, turning them into a fully fledged army with a range of units, characters and horrible chittering things to unleash on your enemies. 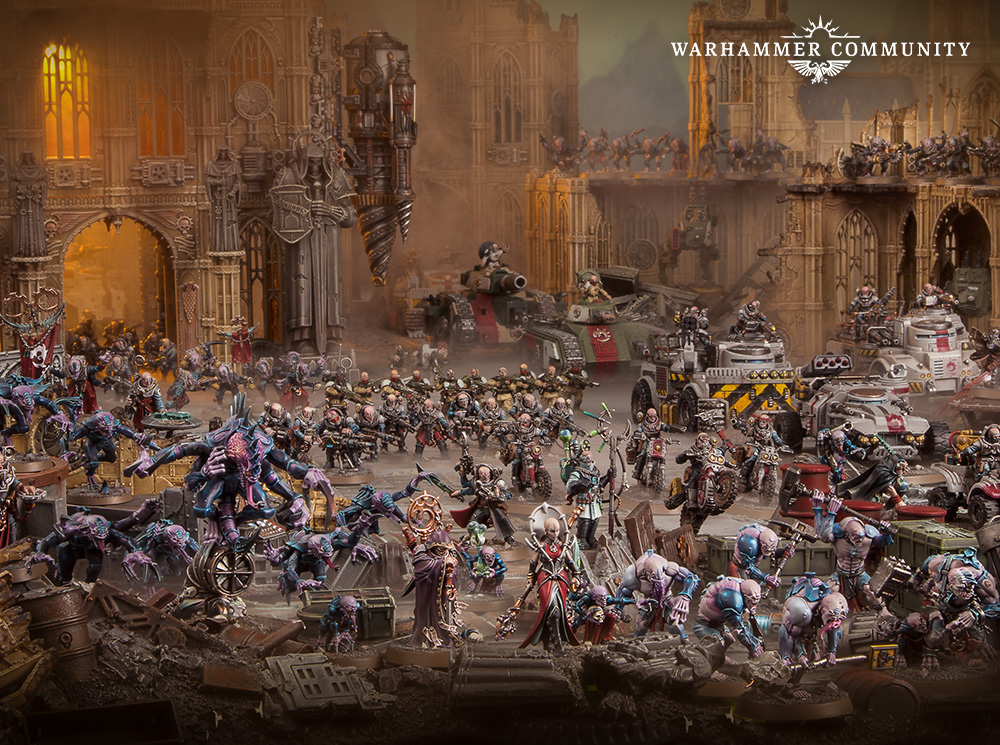 And if that wasn’t enough to satisfy your love of xenos horrors, the Ambull – a classic Warhammer unit first seen in the misty days of Rogue Trader – made a triumphant return thanks to Warhammer Quest: Blackstone Fortress. 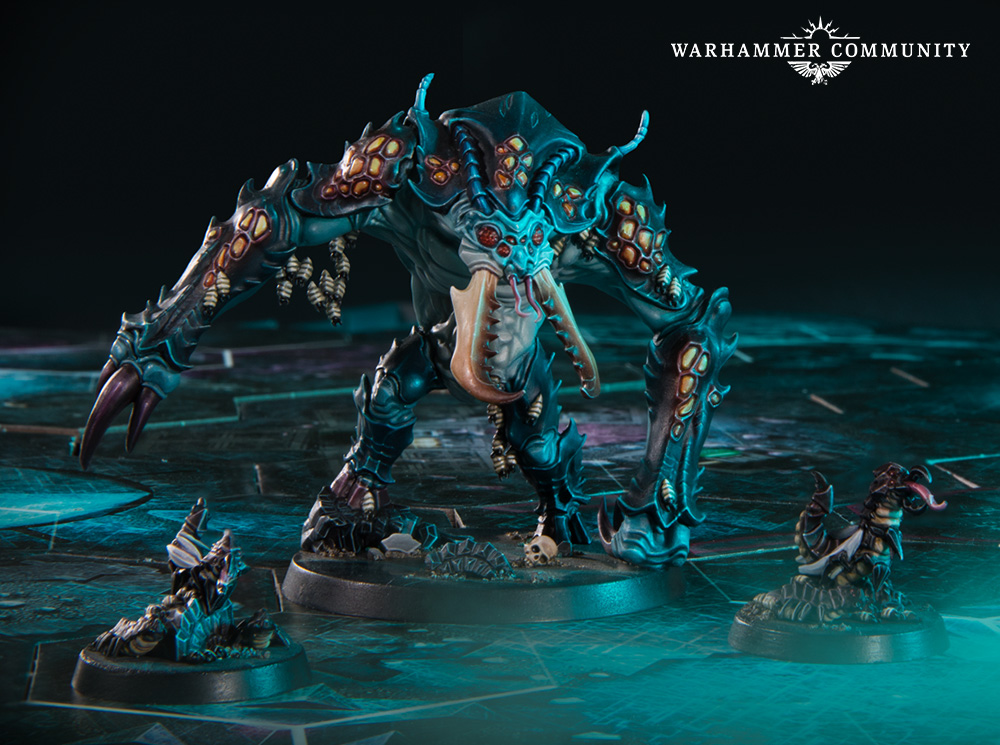 What other classic models would be reborn in 2019? Quite a few, as it turned out…

How do you even begin to bring Abaddon to life? Just how do you re-imagine perhaps the 41st Millennium’s most iconic and enigmatic villain in a way that properly does credit to decades of history? Like this! 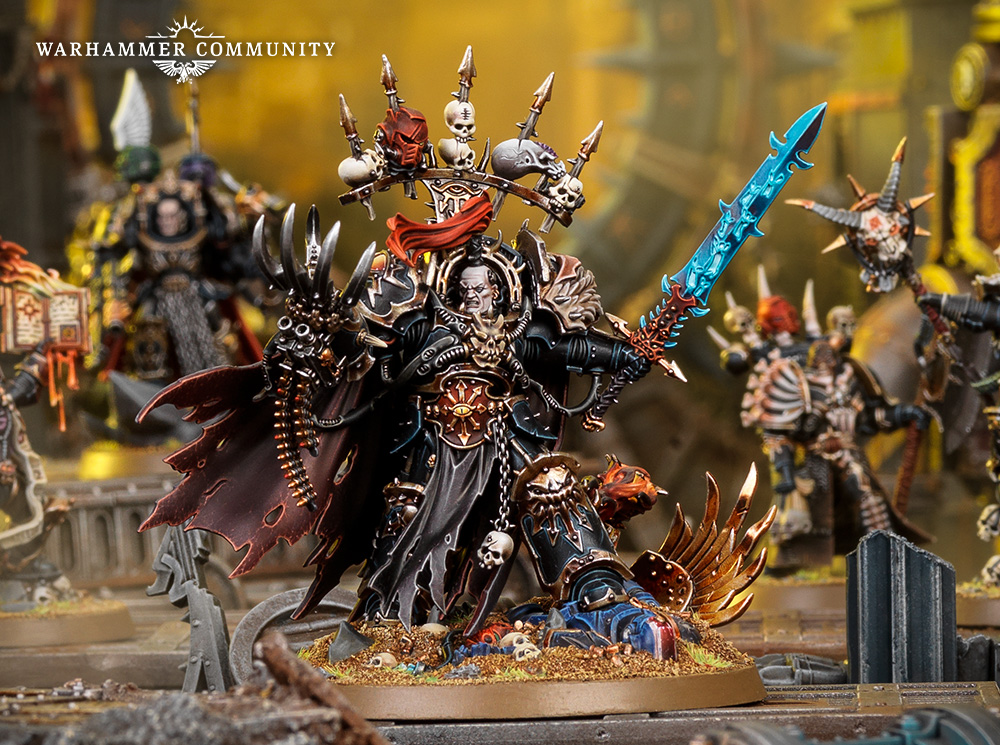 Continuing 2019’s trend of “everything you ever asked for, and then some”, in March the Traitor Legions March-ed (we’re so sorry) in force once more with some incredible new models. Some of these came in smash-hit boxed set Shadowspear (the contents of which are now available in the recently released Start Collecting! sets for the Vanguard Space Marines and Chaos Space Marines) while others launched alongside Vigilus Ablaze. 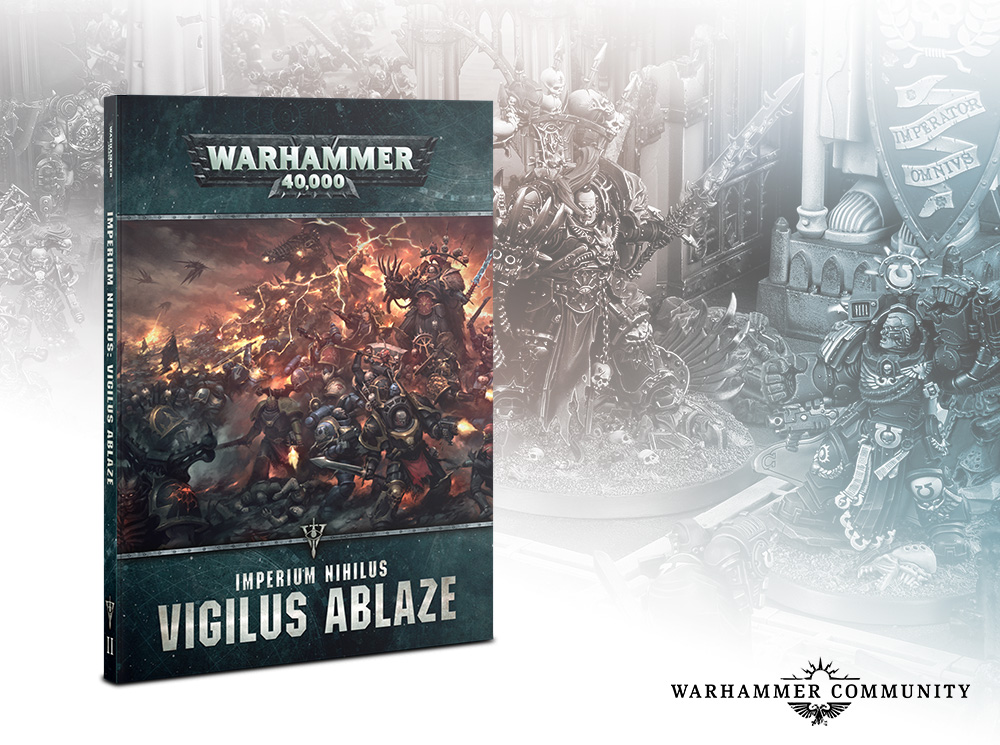 This epic campaign book saw Marneus Calgar almost die, the Fallen reveal themselves and, most crucially, the terrifying Planet Killer smuggled into the Imperium across the Great Rift.
If that wasn’t enough, March saw yet another iconic hero reborn, this time courtesy of the mad geniuses at Forge World. We’re talking, of course, about Sanguinius – doesn’t he look gorgeous? 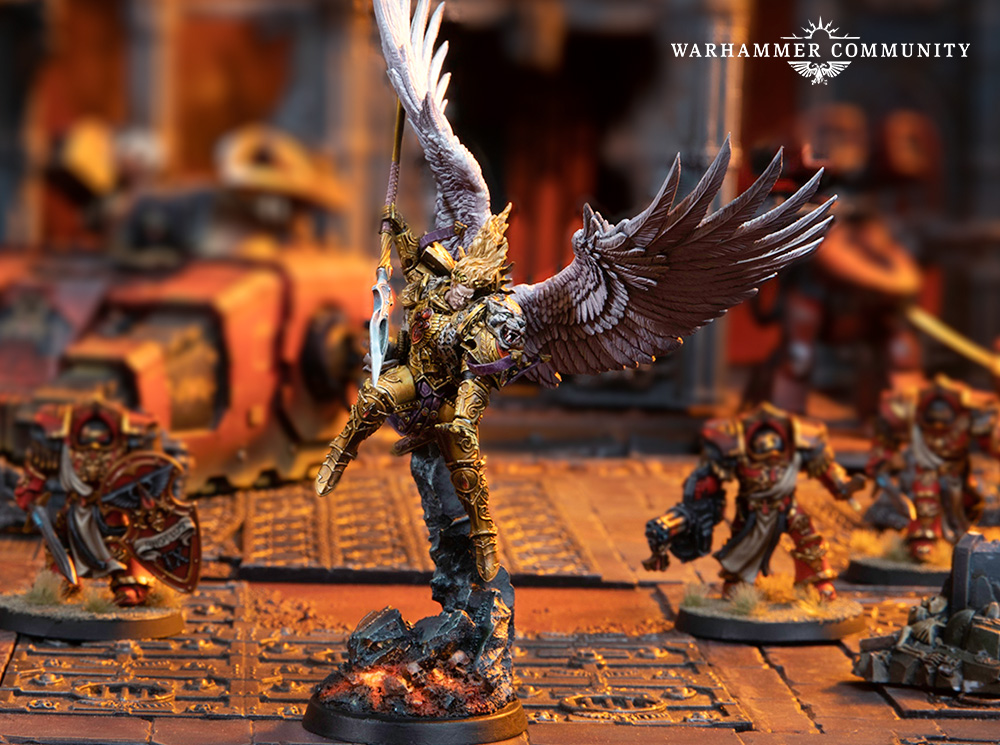 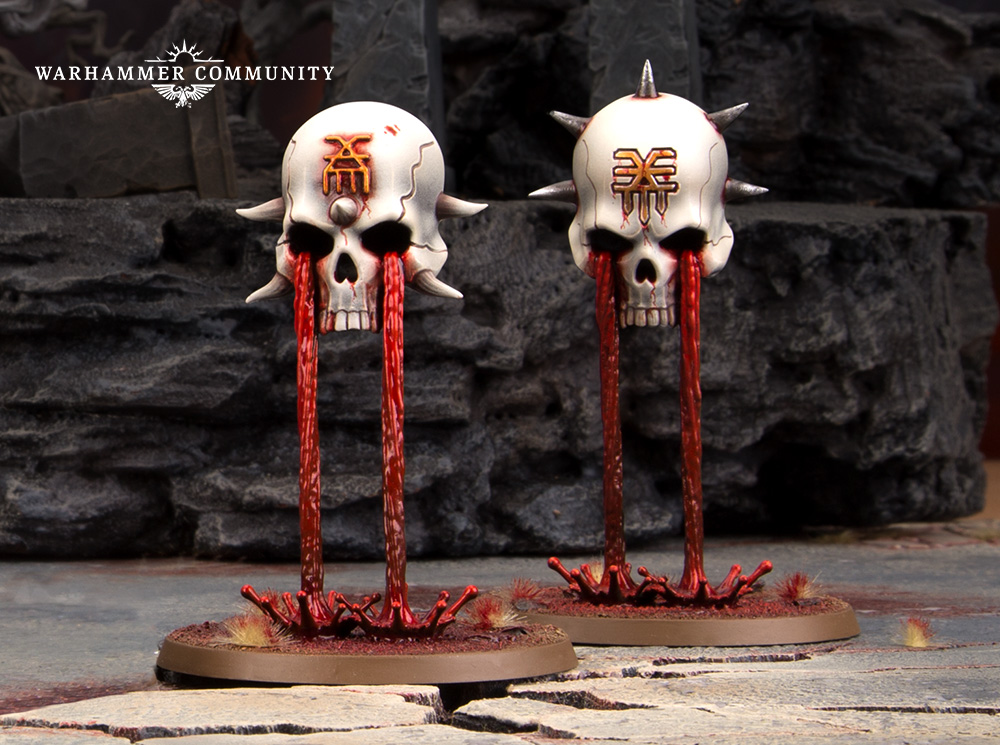 A new release for Slaanesh. April Fools! Except it wasn’t an April Fool. It was a real thing that happened, and the only fools were those who doubted the return of the Dark Prince! After years of seeking their missing god, fans were rewarded with some utterly incredible new models, including the Keeper of Secrets. Even the most die-hard worshipper of Khorne would be tempted… 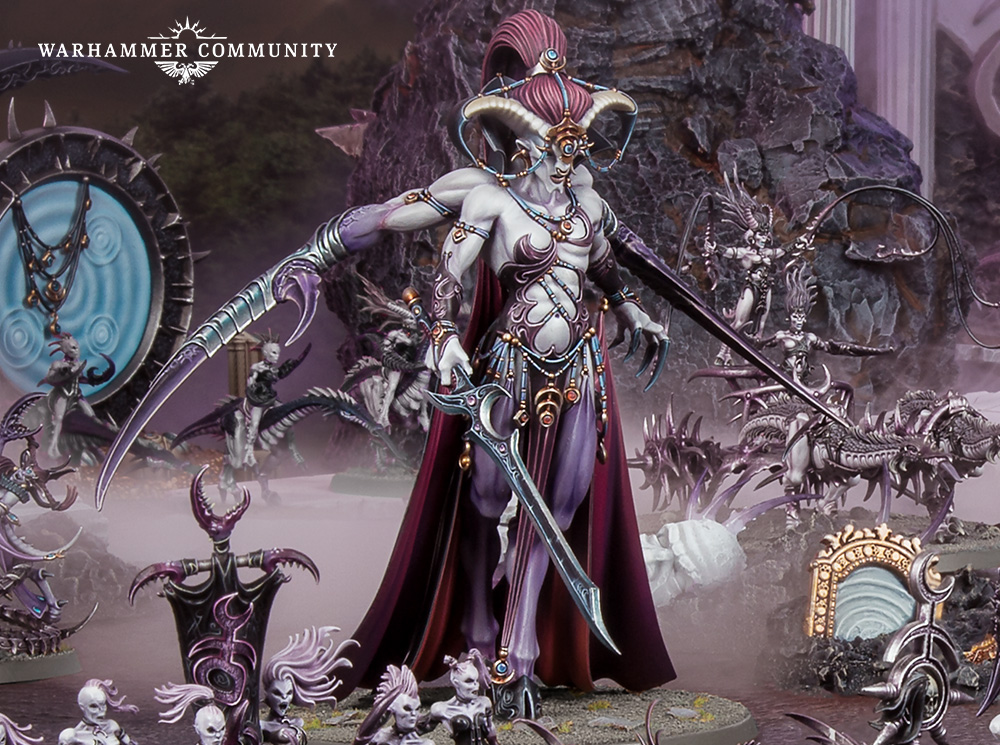 April also saw Black Library kick off Warhammer Horror – a new line of books designed to explore the most chilling corners of the Mortal Realms, 41st Millennium and beyond. From the return of stone-cold classics like Drachenfels to critically acclaimed short fiction anthologies like Maledictions, there’s now a growing range of terrifying fiction for horror fans old and new. 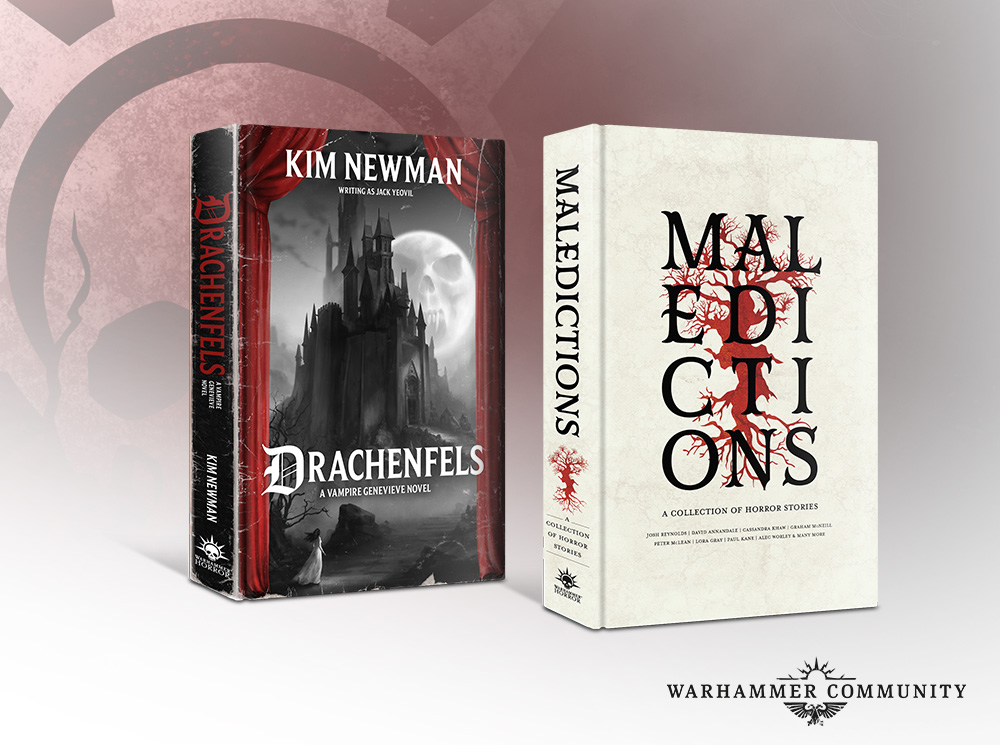