Flesh Tearers Index Astartes is in this Month's White Dwarf 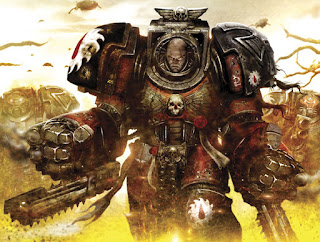 A good guide to getting into Necromunda as well as the Index Astartes for the Flesh Tearers! Get your game on and paint em red n black. Been a huge fan of the Flesh Teareres

via the Warhammer Community
https://www.warhammer-community.com/2019/12/06/white-dwarf-preview-decembergw-homepage-post-3/


…by which we, of course, mean that December’s issue is sleeved and comes with some exclusive goodies, including a Gang Tactics card for Necromunda called A Present For You! Here’s what you’ll find included with each physical copy of White Dwarf: 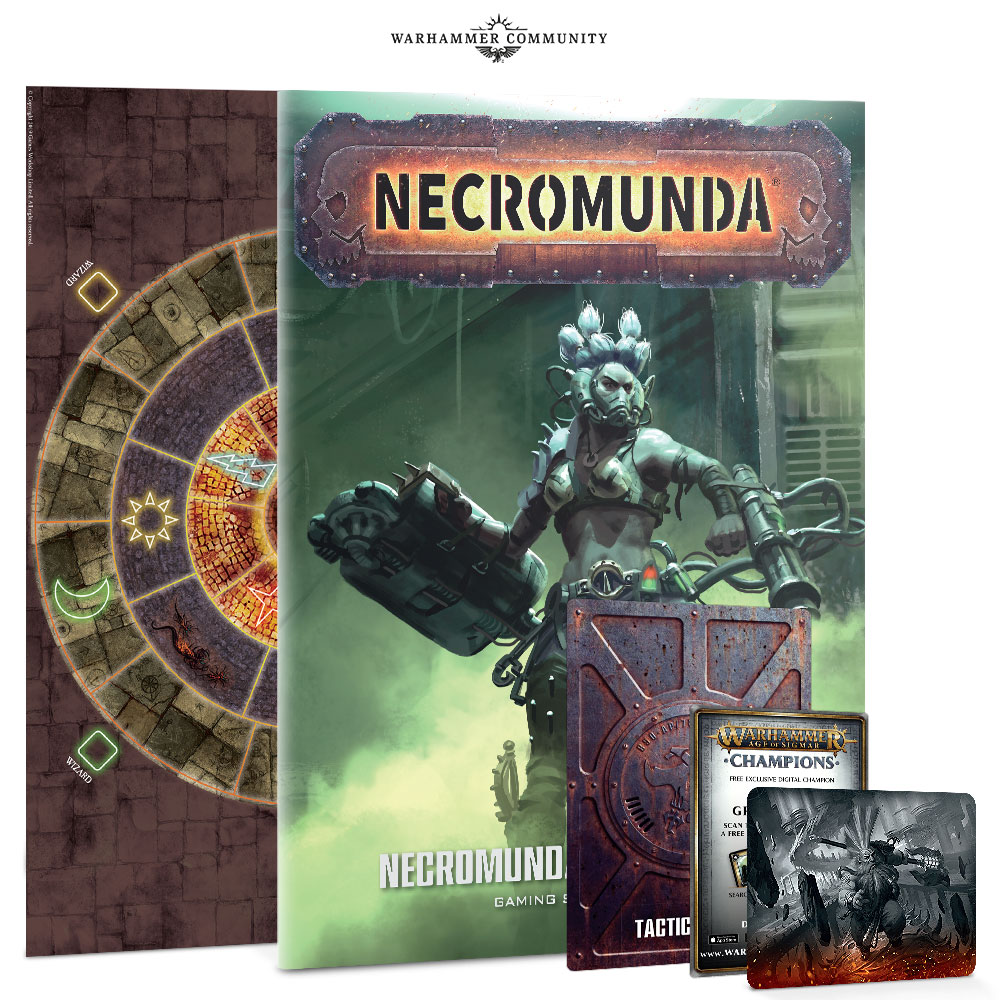 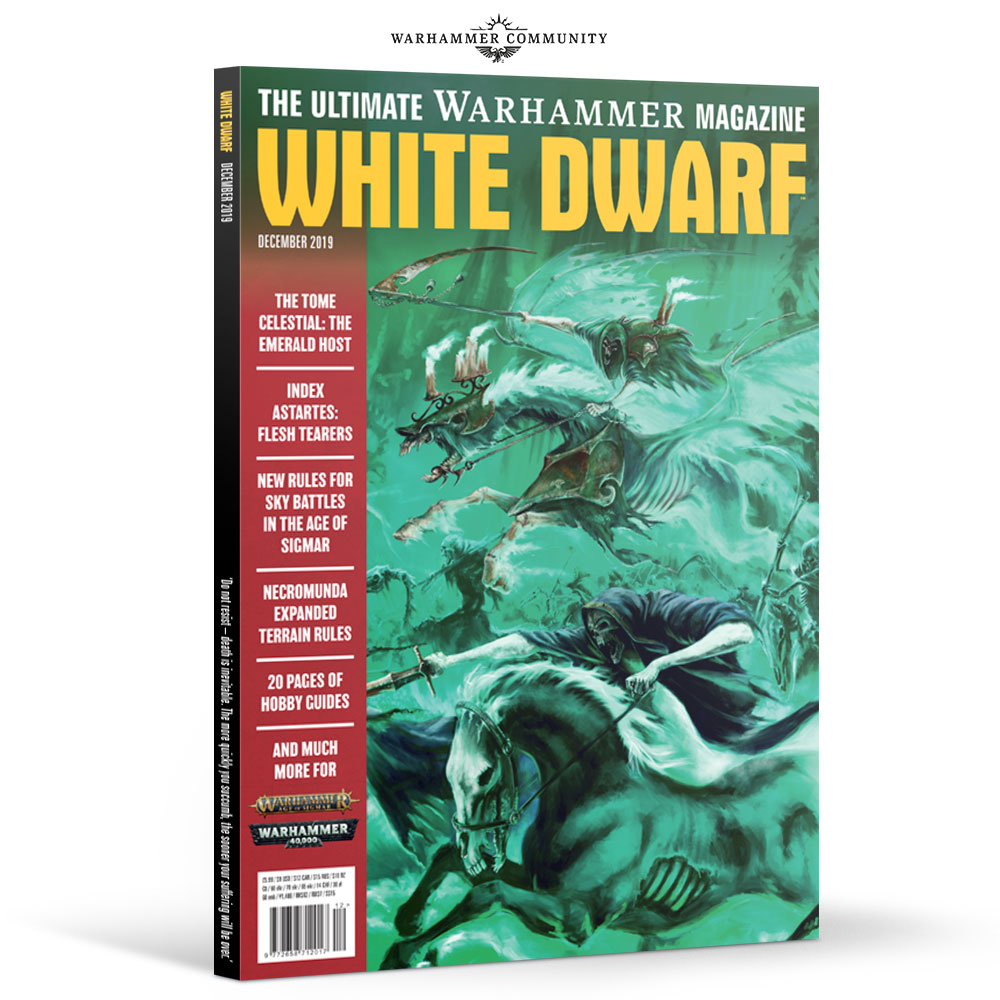 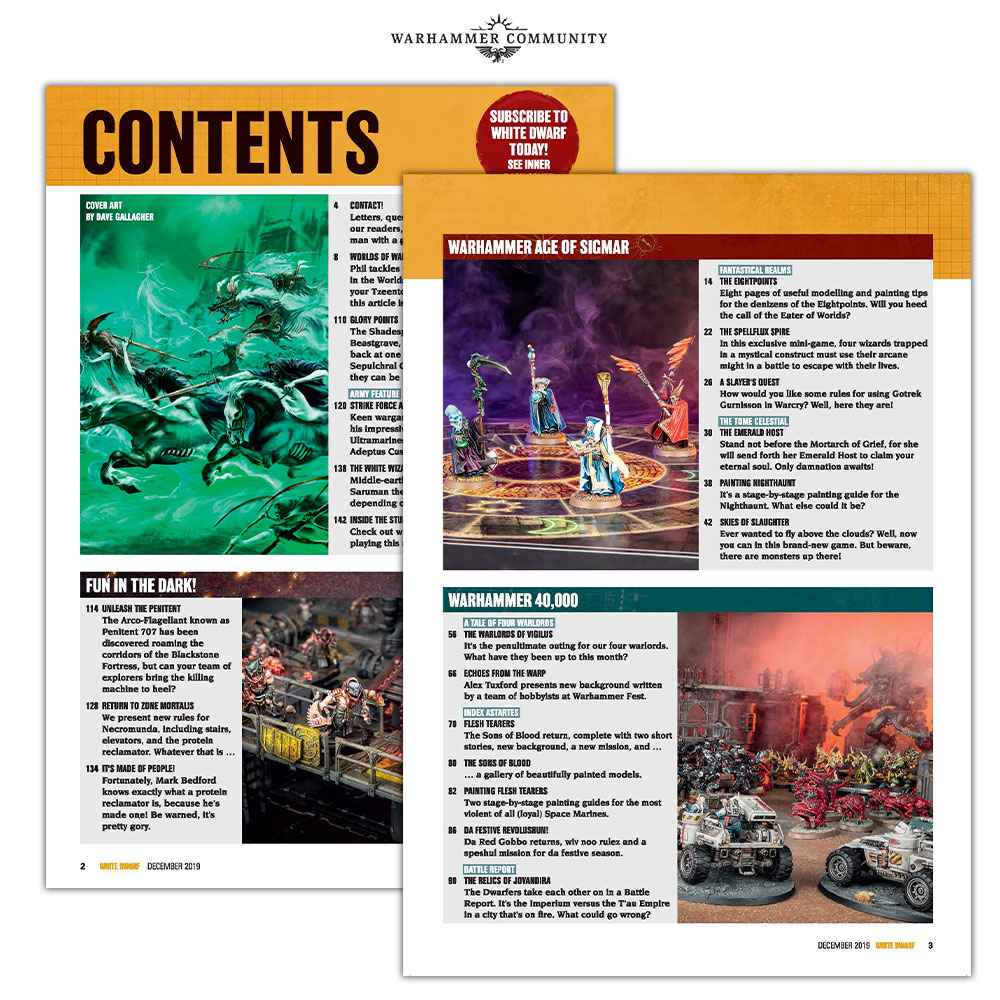 That’s the overview, but let’s pick out a few choice articles in greater detail.

This month, the spotlight falls on the most shamelessly violent of all the Space Marines Chapters – the Flesh Tearers. In addition to an extensive background on Gabriel Seth and his crimson-clad battle-brothers, there’s even a short story by none other than Andy Smillie, who has penned a number of Black Library novels about Sanguinius’ fiercest sons.**
You’ll also find an exclusive Echoes of War mission, Purge the Intruder, as well as a Flesh Tearers Kill Team showcase and Paint Splatter stage-by-stage guides for both the Contrast and Classic Methods. 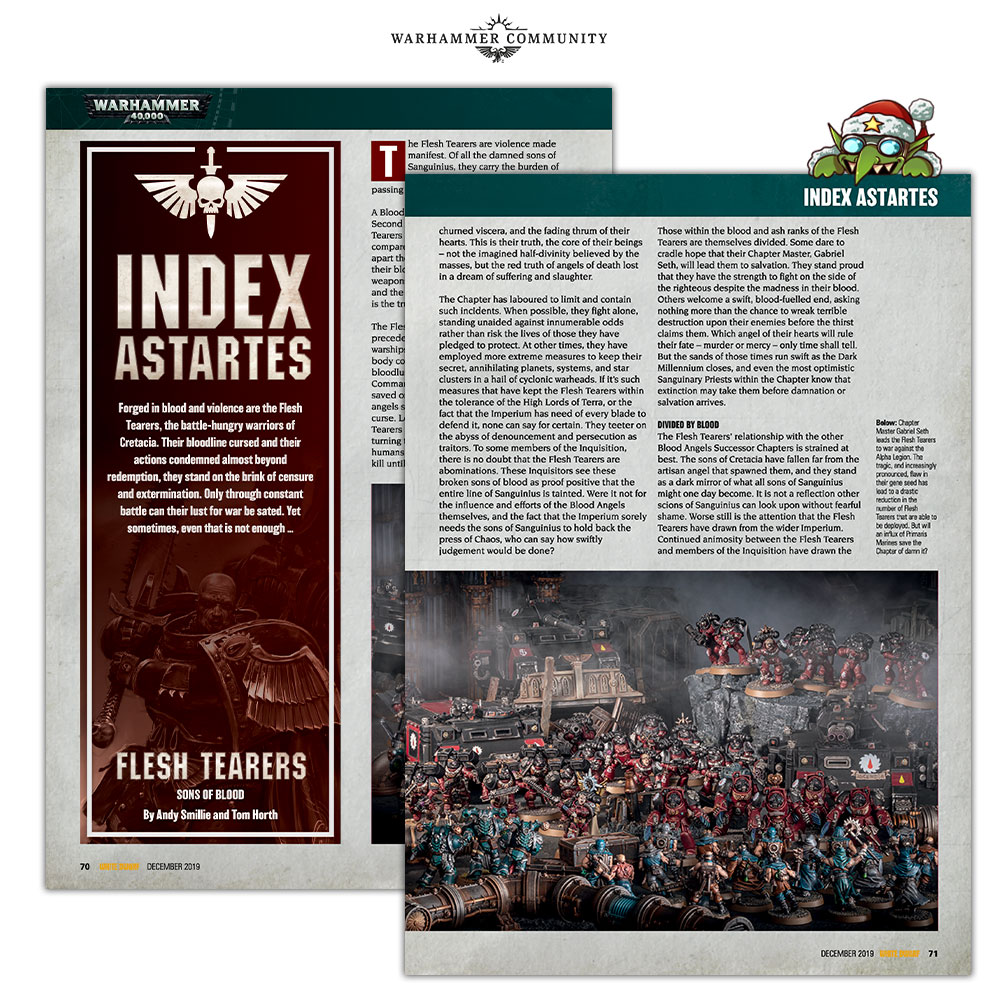 The Tome Celestial: The Emerald Host

Before the recent arrival of Katakros, Mortarch of the Necropolis, and his Ossiarch Bonereapers, the Nighthaunt legions of Lady Olynder spearheaded Nagash’s Soul Wars.
In this month’s Tome Celestial, you can read all about the origins of the Mortarch of Grief and her own personal procession, the Emerald Host. You’ll also be able to field them in battle with three new warscroll battalions – the Forgotten Scions, the Dolorous Guard and the Emerald Host itself. If you need a hand painting them, there are also a pair of Paint Splatter guides – Contrast and Classic. 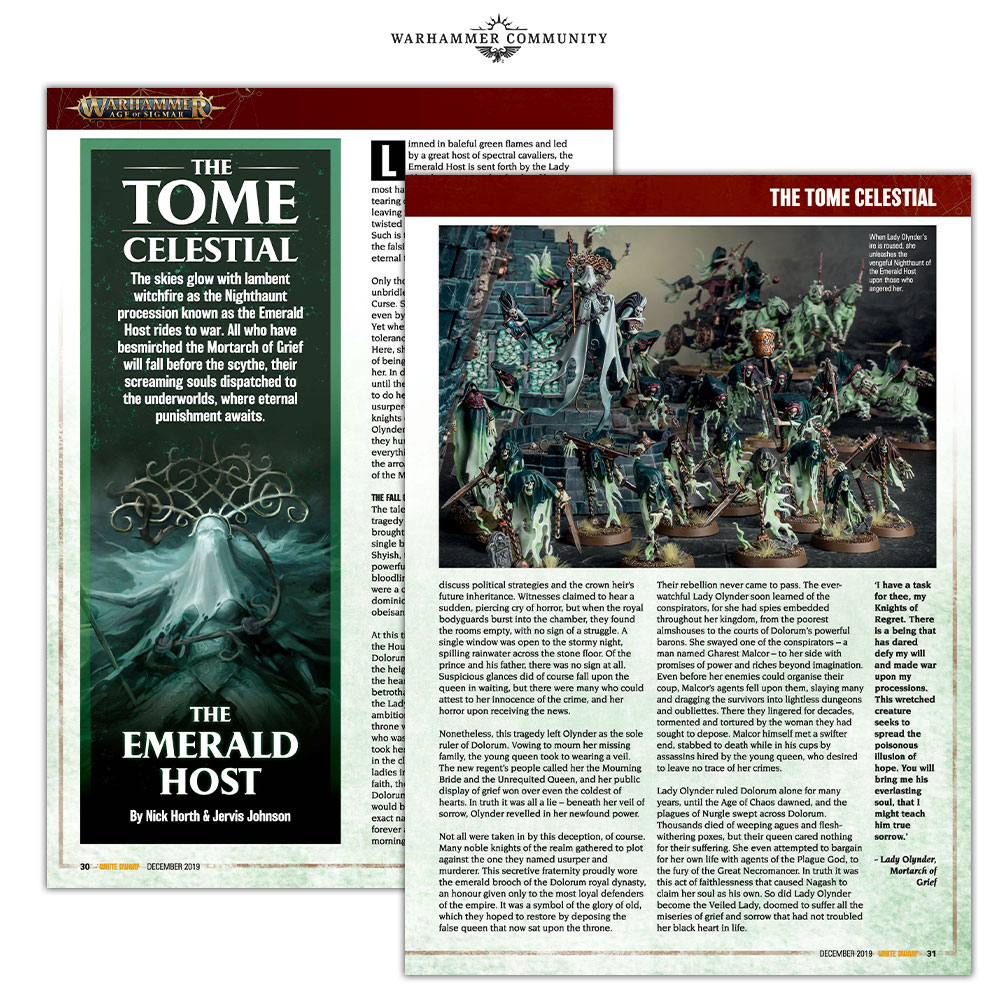 So, you’ve grabbed your model of Da Red Gobbo and even gathered some grots for him to lead, but where to begin your revolushun?
Well, we think the Kill Team battlefield is the perfect place to start sowing the seeds of discord and unrest. But to do that, you’ll need some rules. Thankfully, December’s issue has a Commander datasheet for the festive rabble-rouser himself! You can even take part in the aptly named narrative mission, Revolushun! 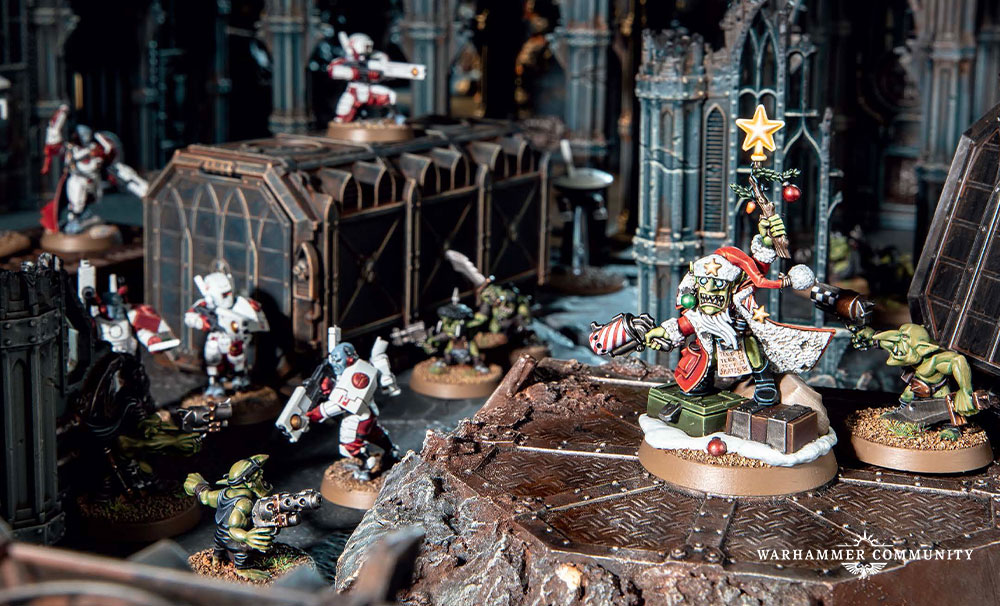 You wouldn’t want to meet an Arco-flagellant in a dark alley. Unfortunately, the only way your explorers can utilise Penitent 707 as a retinue character is to venture into the twisted corridors of the Blackstone Fortress and recover the code word for its pacifier helm – then use it before getting arco-flailed to death! However, should you succeed in the new expedition, the Salvation of Penitent 707, your explorers will gain a valuable asset to use in their future missions. 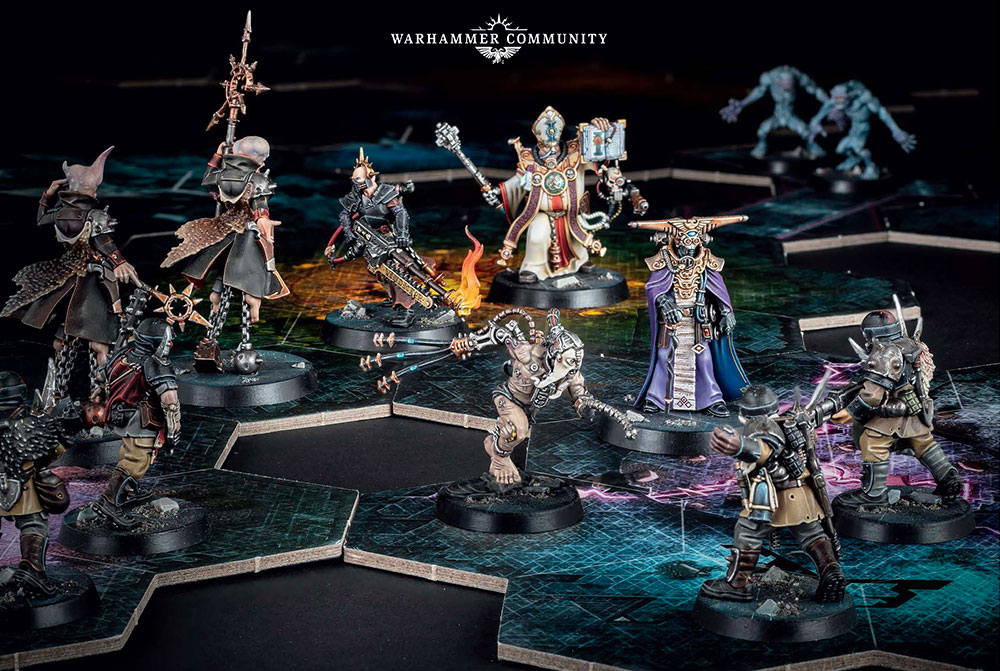 You won’t have long to wait until you can get your hands on this issue of White Dwarf. Remember to subscribe to ensure you never miss an issue, which will have exclusive full-cover art and you’ll receive your copy a few days early!
Until you can get your hands on December’s issue, prepare your own Flesh Tearers for action by grabbing a copy of Codex: Blood Angels and pre-order Psychic Awakening: Blood of Baal for all the awesome new rules for the Sons of Sanguinus. 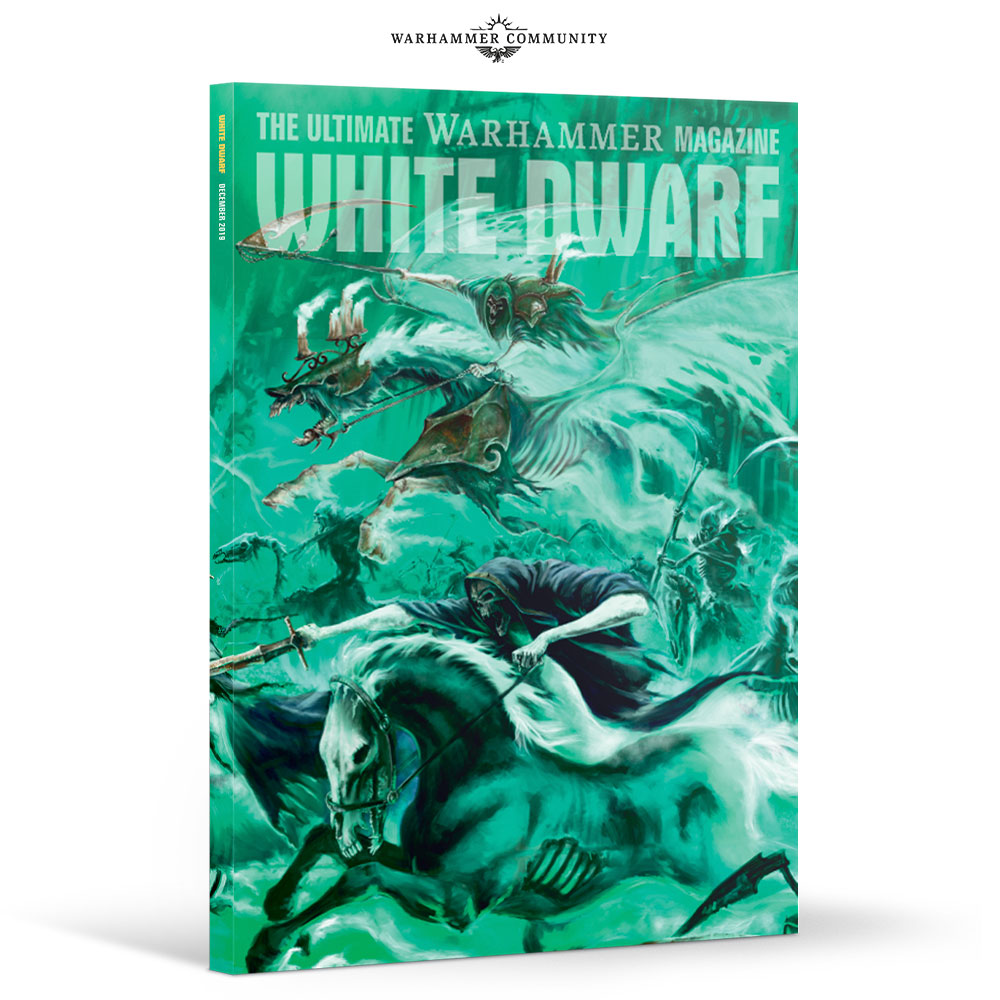 * No, he won’t join your warband, no matter how many times you ask him! However, you’ll find the full rules for including the legendary Slayer in your games of Warcry elsewhere in the magazine.