More from Adepticon and the Warhammer Community..... + a Female Stormcast...


via Warhammer Community
https://www.warhammer-community.com/2017/03/23/shadespire-unveiled/
Warhammer Underworlds is a new tactical arena combat game on its way later this year. This is a system designed for balanced, small-scale tactical games, that can be played quickly and easily by anyone, but which even experienced players will find challenging to master. The game rules are designed with competitive play in mind; matches can be played in under 45 minutes, on a smaller surface than our larger-scale games, and will be ideal for club or tournament play. And not only that, we’ll be fully supporting an organised play system for this game, right from day one.

While the format of the game is a big departure from the game of Warhammer Age of Sigmar, Warhammer Underworlds: Shadespire is still firmly set in the Mortal Realms. The game is set in the Shadespire – an ancient and damned city, cursed by the Lord of Undeath to eternally sit in limbo between the realms of Light and Shadow –  a haunted metropolis of mirrors, unquiet spirits and ever-shifting chambers.

The forces you can use in this game will be drawn from races across the Mortal Realms, including some for factions that have not received any new miniatures since we first ventured into the Age of Sigmar. Each of these sets will be composed of a small band of easy-to-assemble, push-fit miniatures in the style of our single-pose heroes to represent a specific band of warriors from that faction. These are provided in coloured plastic, and clip together, so you can quite literally be playing with them within minutes of opening the box with no glue or paint needed! (Though they do look great painted, and your dice will roll better – probably.)

The first two factions showcased in detail are iconic adversaries: organised Eternals Liberators and Khorne Bloodreavers. You can see from the poses of these models already that these are really dynamic and impressive miniatures. And yes, that is a lady Liberator in the video, organised, with a classic hammer and shield combo – for those of you who might have doubted whether Sigmar was an equal opportunities employer.

The game is played using unique dice and card decks, and these will, to an extent, be unique to each faction. Both decks of cards used in the game are fully customisable – meaning you can choose to create all manner of combinations of overlapping abilities to use and objectives to achieve. This can be a really rewarding part of the game – and means that even the same faction can be played in wildly different ways. We’re expecting to see all sorts of combinations tried out at game stores, clubs and in tournaments.

So, in summary, a new game set in the Mortal Realms with easy to learn, difficult to master rules, combined with deck-building mechanics and multiple factions makes this a game that will be simple to start, but offers near limitless tactical challenge and replayability. 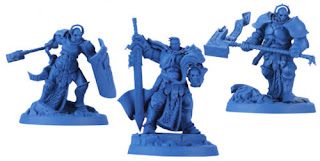 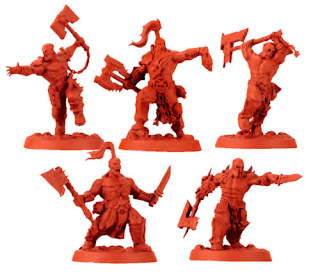 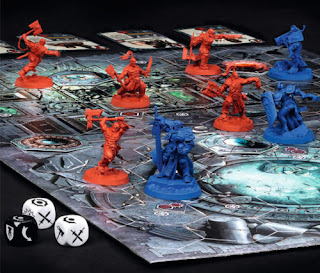