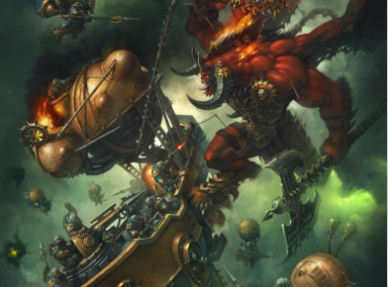 There is a lot here in this announcement from Games Workshop, including a new Race for the Age of Sigmar, the new Starter Set, Thunder and Blood, and a new game called Underworlds; Shadespire


While I am excited that there is a new race here today, some of those models are a little too goofy for me. 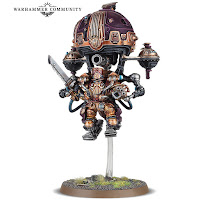 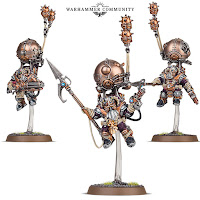 While many of the others I like quite a bit. 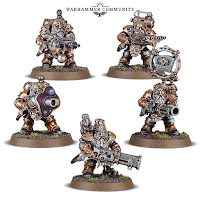 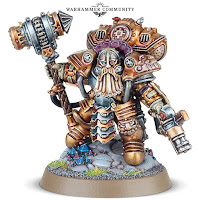 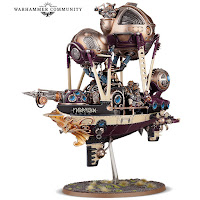 A new race descends on the Mortal Realms
https://www.warhammer-community.com/2017/03/15/a-new-race-descends-on-the-mortal-realms/
Yeah you read that right.

Our Warhammer Community team, showcasing some incredible new upcoming stuff at the Gamma Trade show in Las Vegas right now, have just revealed the next race joining the Age of Sigmar.

Introducing the Kharadron Overlords, a brand new faction of duardin for the Mortal Realms.

From the skies come the airborne armadas of the Kharadron Overlords – sky-fleets of iron-clad warriors aboard fantastical machines of war armed with powerful aetheric weapons.

They are a proud people and masters of strange alchemical powers. Guided by their Kharardron Code, and long-hidden from the rampaging forces of the Dark Gods, they did not merely survived the Age of Chaos, they thrived.

With the dominion of Chaos receding, they venture forth once more to seek plunder and riches among the realms. 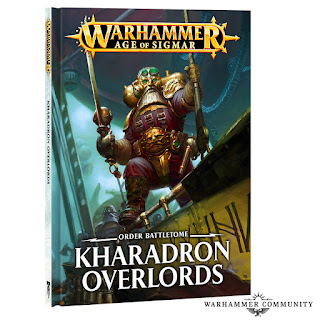 Kharadron Overlords
This new Duardin faction is a force unlike any you have seen before. These are not the descendants of Grungni who hid in their mountain holds or fled to Azyr, and neither are they the firebrand berzerkers of the lodges that worship the fractured god Grimnir. The Kharadrons have become a race unto themselves, separated from their kin through the centuries.

You won’t see a single scrap of flesh on them – every inch of their bodies is clad in armour or complex suits, so as to protect them from the harsh environments found in the magic-infused skies of the Mortal Realms. Their weapons are powered by strange chemical processes, and their airships, while bearing some similarities to the gyrocopters of their ancestors, are clearly powered by a far more powerful and possibly arcane mechanism. 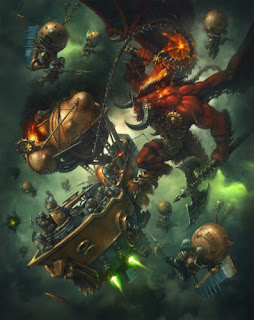 Hey… this art looks familiar*…
That wasn’t the only new Warhammer Age of Sigmar product previewed though. Also announced was the new Thunder & Blood, a box set for Warhammer Age of Sigmar to make getting started as a hobbyist as easily and simple as possible. It will include a selection of existing models collected into a set designed for new players.


Finally, we saw our first glimpse of Warhammer Underworlds: Shadespire.


This is a new game, set in the Mortal Realms during the Age of Sigmar. It has been designed specifically for competitive, organised play, to support our growing community of gamers out there. For the moment, pretty much all we have in terms of detail is the cryptic video above, but you’ll be hearing much more about this new game, and seeing some of the new miniatures, very soon…
3/14/2017
Natfka
Age of Sigmar