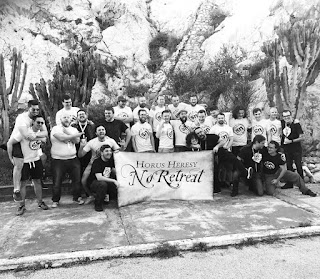 Always worth taking a look at, the Battle Reports and Events from SN Battle Reports always show off great looking models, armies, and terrain. If you missed this one, there is another coming later this year. 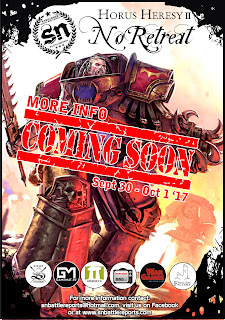 
WOW! Just when we thought it couldn’t get any better!
Just finished wrapping up our first ever No Retreat Horus Heresy event here at SN and we are lost for words. The games were played in the best of spirits and the armies were some of the best we’ve ever seen. These No Retreat events just keep getting better and better. A solid 24 players were granted entry this time and once again the Europa Retreat Centre provided the ideal location for such an event.
Overall a huge success once again, more so than before. This time attracting players not only from England and Gibraltar, but also Sweden, Ireland, Greece, Wales and Canada! Some new celebrities as well as some more familiar faces, which included players from Geno Five Two Podcast, King Fluff, Conflict Norwich, Northern Heresy, Phoenix Commissions, Painting X2 studio, Battle Bunnies, Andy Wardle himself and the Amazing The 30k Channel!
The tournament was held over two days and each player had five games. The rules for army composition and missions can be found at www.snbattlereports.com . Basically it was comprised of a 2500pts fully painted wysiwyg army, using only a single legion taken from a single Age of Darkness force organisation chart.
In order to make this a fully immersive experience the SN team prepared some beautiful tables for the games, none of which would look out of place on one of our battle reports. Line of sight blocking terrain was evident throughout and a couple of new tables made their debut including the awesome Prospero Terrain supplied by Wargame Terrain Factory.
The painting competition at NRHH was judged by the phenomenal talent that is multiple Golden Demon and Slayer Sword winner, Andy Wardle. It was an honour to have him at our event again and we can safely say that the entries were some of the highest caliber entries we have had so far at a No Retreat event. Some truly wonderful artists have graced our lands this weekend.
A big thanks to all of our sponsors for helping us make it all possible, such as GAMEMAT.eu and Wargame Terrain Factory who were responsible for the majority of the content seen on 13 tables we used over the weekend. For the prizes, we have Wargames UK, Kromlech and Siege Studios to thank for generously helping us out. Also www.visitgibraltar.gi and M H Bland & Co Ltd for graciously giving us a hand towards providing a fantastic Rock tour for the players, and obviously another thanks to the Retreat Centre for supplying us with the perfect venue.
Last, but by no means least, we would like to send out a huge, HUGE thanks to all those who participated and followed us throughout the weekend. We love what we do and we do it for the good of hobby and hobbyists alike. It means the world to us to see our passion reciprocated by others and in greater numbers than ever before. All this wouldn’t be possible without you guys.
No Retreat Horus Heresy Awards:
1st Arion Spyridis (Greece) Solar Auxillia
2nd Thom Willis (England) Emperor’s Children
3rd Sean Canning (Ireland) Sons of Horus
The Silver Spoon:
King Fluff (England) Mechanicum
Players’ Player Award:
Tom Stallard (England) Ultramarines
Players’ Award for Best Army:
Liam Hearne (England) White Scars
SN Awards:
Arion Spyridis (Greece) Solar Auxillia
Andrew Hall (England) Sons of Horus
King Fluff (England) Mechanicum
Jamie Jackson (England) Word Bearers
Liam Hearne (England) White Scars
No Retreat Painting Competition:
Best Painted Single Miniature: Jamie Jackson (England) Zardu Layak
Best Painted Unit: Jamie Jackson (England) The Ashen Circle
Best Painted Vehicle: Liam Hearne (England) Sicaran Venatar 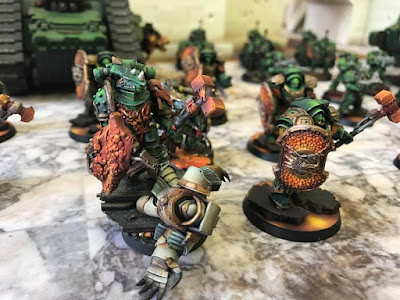 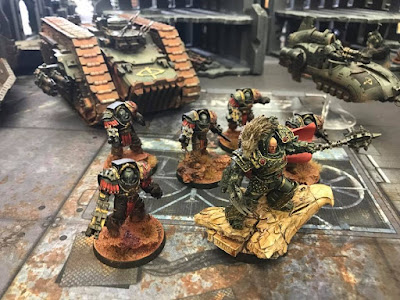 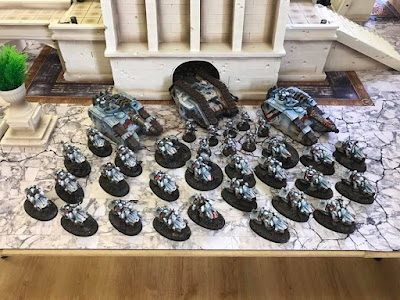 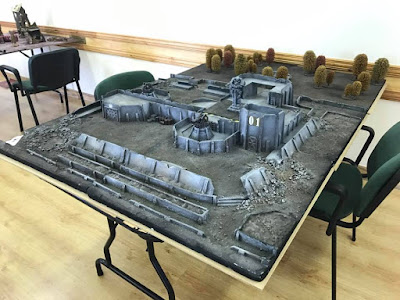 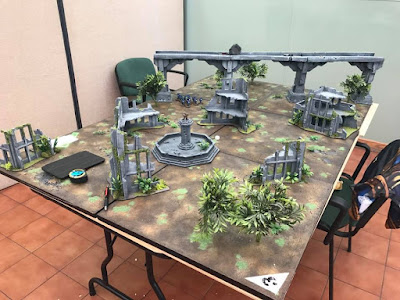