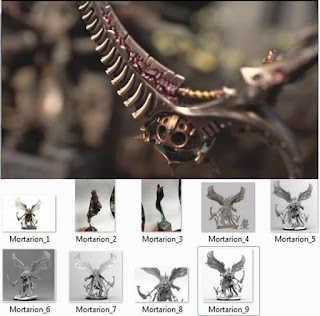 I know we are all on the edge of our seat when it comes to 8th edition 40k, and today at Adepticon, GW took no time to take things slow. Jumping right into some of the changes coming!

via La Vos De Horus
There you have the new rules told by Games Workshop for 8th edition during AdeptiCon! A brief summary:

The charging units will attack first . Mind you, this is a huge change and much demanded since we took it off. Orkos, tyrannies of certain types, marines of plague, humans with weapons of energy ... many units that had lost bellows can return to assault with greater efficiency.

The Movement attribute returns . Something expected by many players, especially those that many years ago were accustomed to that an Eldar was fragile but he ran a lot, etc. How much will a Tau move?

Modifiers to the salvation rolls . This may involve leaving the FP behind and returning values ​​that subtract a certain amount from the save roll. A success, because the FP caused an automatic cannon, for example, to affect a servoarmadura the same as an exterminator armor: nothing. It was like using bolter, and that did not make much sense. Will they also return the armor that pulls 2d6? We will see.
Thematic armies will benefit . To know what this means, because it is what they have tried to do with the formations and the personalized detachments by army without succeeding.

La Morale will function as in Age of Sigmar . It is somewhat similar to how Demonic Instability actually works in 40k. The one who loses a combat rolls 1d6 and adds the number of wounds he has lost. If that value exceeds its Morale, it suffers an additional wound for each point that surpasses it. Quick Example: You lose the fight for four wounds (you kill 5 and you kill 1). You have Morale 7. Strip 1d6 + 4 and you get a total of 9. As you have Morale 7, you lose two additional wounds. In short, and as it happens today in 40k with Demons, the one who loses combat loses them something harder and that speeds up the battles.


It Looks like the Mortarion leaks were real!
via SPlatte

video to check out