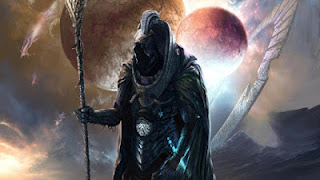 There has been a lot of great feedback, and the next update for the Fey are coming Monday. That means if you have comments or questions, please send them in either directly to natfka@live.com or using the feedback forms on the Genesys Website. I want to encourage players to get their feedback in before the weekend, so that your feedback can be taken before the next updates. We have had lots of great feedback, but again, the more the better.

In this update.... There are clarifications, adjustments to points and abilities, to name the minor updates.
The larger part of the update includes new subclasses, that are built similar to the Fey Beasts, starting with Lesser Minions. What are Minions? Minions are singular dedicated classes to a single sphere you faction has access to. They of course start with a different set of characteristics and are often cheaper to use.

The second part of the update will include Powers. These are not natural abilities of the Fey, but ones that they must test for (works differently and easier than the Humanoids). Where humanoids have a set powers, the Fey can choose to pump more power into it during the game (like increasing the strength of the attack or the area or range it effects.
3/28/2017
Natfka
Fey, The Genesys Project