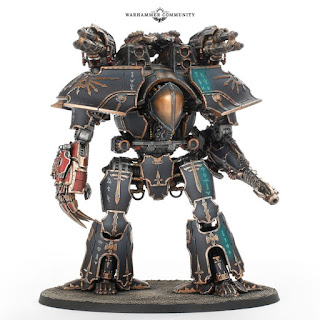 New FAQ's are out for Adeptus Titanicus.

With a wave of releases for Adeptus Titanicus, including the latest supplement Shadow and Iron, we thought it time for a new FAQ and Errata which covers all current publications. We’ll address the most significant changes and why we made them in this article.

Acastus Knights
Since their release, we’ve received plenty of feedback about the Acastus Knights and have taken it on board with this FAQ. The Acastus sees three big changes: an overhaul of their points values, a decrease in maximum Banner size from 1-4 to 1-2, and a new special rule called ‘Auxiliary Knight Banner’ which limits how many Banners can be taken in a Battlegroup.

Together, these changes see the Acastus fall in line with its background as a rarer pattern of Knight that’s often used in a support role without reducing its effectiveness. All changes only affect rules used in Battlegroup creation, meaning the majority of information on your Command Terminal is unchanged and correct when referenced during the course of a game. 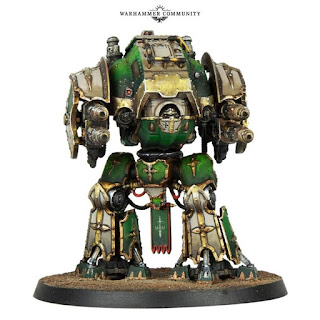 Warbringer Nemesis Titan Weapon Cards
Many people have noted that the Warbringer Carapace weapons have a new damage effect – Weapon Critically Disabled. This rule currently doesn’t come into play during a game so we’ve included a note to that effect in the FAQ. 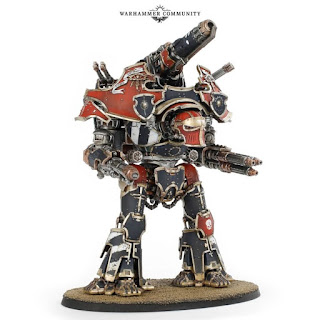 Originally, the clarification was put into place to prevent one or both players gaining large numbers of Stratagem points, which had the potential to slow down the game. However, it has become apparent that players only rarely use more than one Legio Rule set.

Additionally, some Titan Legions now find it difficult to gain access to their Legio Specific Stratagems that cost 3 or more points. This change should hopefully allow players to reliably use the full scope of their Legio rules. 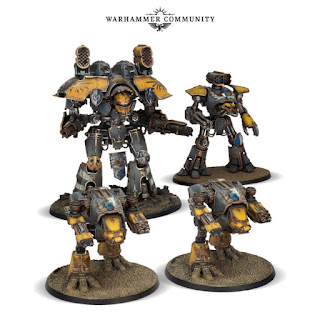 Legio Fortidus
Legio Fortidus gets a tweak to their Legio Trait: Lost Sons. While they can still replace a Titan in a maniple with another Titan of their choice, the new Titan can only be a Warhound, Reaver or Warlord. In addition, this does not count as the Titan type it is replacing. This prevents any unintended interactions from happening and brings Legio Fortidus in line with other Titan Legions without affecting the adaptive tactics of the Legio. 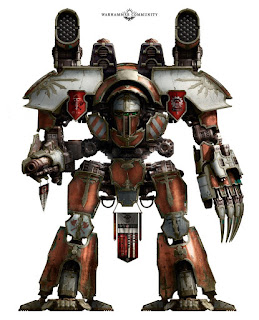 Shadow and Iron
Shadow and Iron also has a couple of corrections or clarifications. The ‘Bypass’ weapon trait, which was unfortunately missed from the book, has been added, and two rule interactions have been clarified following feedback from our playtesters since the book went to print. 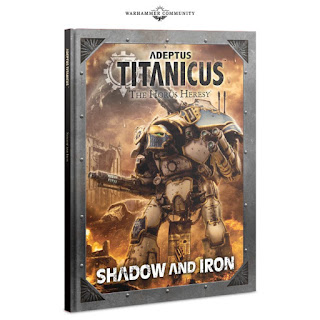 Warlord-Sinister Weapon Cards
The Warlord-Sinister comes with a Command Terminal and weapon cards giving you all the rules needed to field it. However, two weapon cards, namely the Apocalypse Missile Launchers and Paired Laser Blasters, have minor errors on them. These have been addressed in the FAQ.

We’re confident that these changes, along with the others we’ve made, will allow for even greater Titan battles in the Age of Darkness. You can check out all of the new designer’s commentary and errata for all current publications to see if any of them affect your games, and let us know if you have any more questions!
2/28/2020
Natfka
Adeptus Titanicus, FAQ's and Errata