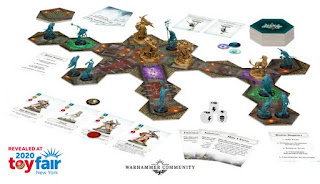 From Beastgrave to Aeronautica Imperialis there is a new wave of game releases coming that were just revealed this morning at the New York Toy Fair. Take a Look!


via the Warhammer Community
https://www.warhammer-community.com/2020/02/22/revealed-at-the-new-york-toy-fairgw-homepage-post-1/

A New Warhammer Underworlds Warband!
Warhammer Underworlds is a game with a vast amount of depth. To some, it’s all about out-thinking your foe with a blisteringly well-chosen selection of ploys, grabbing victory by cunning alone. For others, it’s a mind game, where each player attempts to remain poker-faced in an attempt to hide their true intentions.

And to some, it’s about smashing stuff. 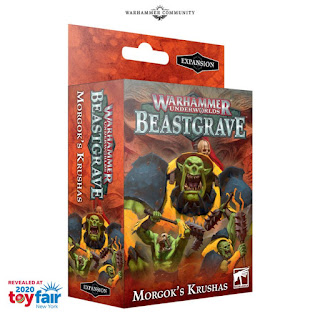 Morgok’s Krushas are Warhammer Underworlds’ latest warband – a super-durable, super-smashy set of Ironjawz Brutes who’ll make short work of anyone who gets in their way. If you love elite warbands, greenskins and playing aggressively, you’ll love gaming with these guys. 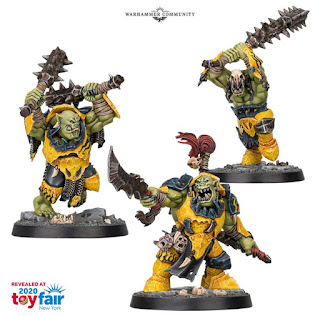 Morgok’s Krushas are Warhammer Underworlds’ latest warband – a super-durable, super-smashy set of Ironjawz Brutes who’ll make short work of anyone who gets in their way. If you love elite warbands, greenskins and playing aggressively, you’ll love gaming with these guys.

Strike from the Skies!
Hot on the tails of the new aircraft revealed in Skies of Fire (check here if you missed them), we’ve got even more teeny planes for you! 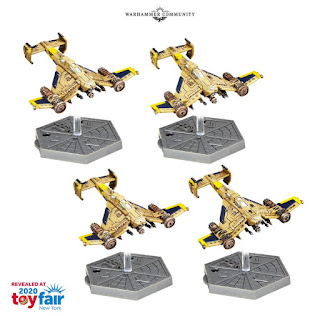 Avenger Strike Fighters have long been beloved by generals in both Warhammer 40,000 and the Age of Darkness for their ability to deploy armour-busting firepower at ridiculous speeds. This new, plastic kit will allow you to reinforce your Imperial Navy squadrons with four of the blighters!

We’ll have more details on these closer to release – for now, rest assured that you won’t have to wait too long to add these cult classics (we know some of you folks LOVE Avengers!) to your force.

Coming to a Board Game Night Near You
If you’ve loved Blitz Bowl, Combat Arena, Stormvault and the like and you’re hungry for more, or if you’re just looking for a cracking way to spend your next gaming night, we’ve got great news – even more games are on the way. 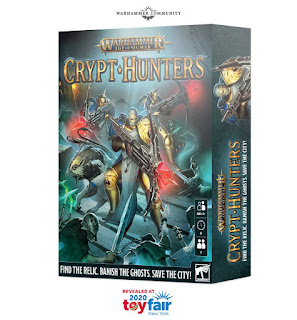 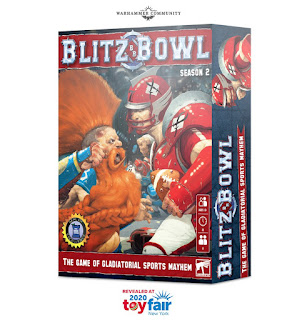 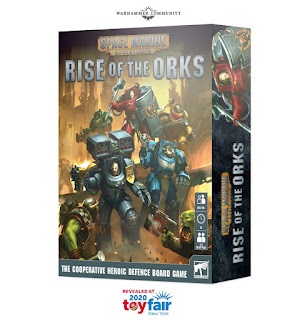 Rise of the Orks is a fast-paced base defence game for 1-5 players that pits a team of Terminators against hordes of greenskins. Working alone or with your friends, you’ll fight desperate battles where luck, skill and teamwork are required to survive. This set will also give you the chance to grab some Terminators only normally available via Space Marine Heroes! 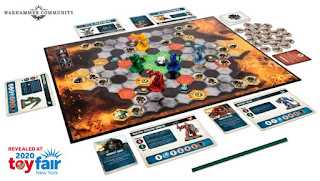 Crypt Hunters is a game of combat and exploration where you and a friend battle it out in the depths of an ancient labyrinth. One player controls a team of Stormcast Eternals, while the other acts as a kind of dungeon-keeper, building a labyrinth as they play and throwing endless waves of Nighthaunt Chainrasps against the heroes, making for thrilling asymmetrical battles where no two games are the same.

Blitz Bowl Season 2, meanwhile, gives you even more content for the fast-paced game of fantasy football, compacting the thrills and spills of a game of Blood Bowl into a nifty little package.

Whether you’re looking to lure your friends over to Warhammer or just new ways to explore your favourite settings, these games will be great! Look out for them in selected stores across America over the next year or so.

New Action Figures
Last, but not least, we’ve got great news for fans of action figures, Space Marines, and anyone else who loves cool toys.* Today, Games Workshop is announcing a new partnership with action-figure masters McFarlane to release a range of Warhammer 40,000 action figures, starting with this Primaris Intercessor. 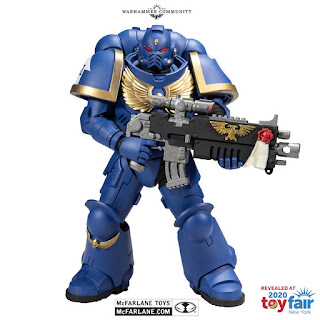 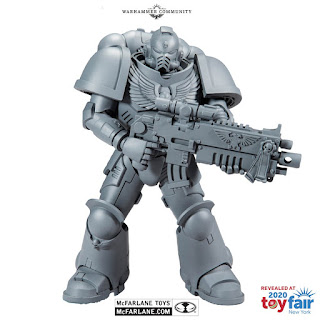