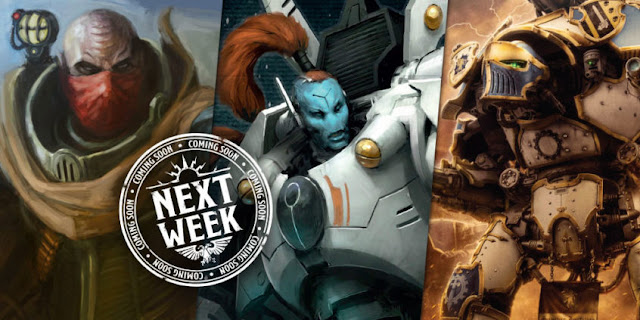 There is a lot coming this weekend for Warhammer 40k, and Adeptus Titanicus. Get out your wallets boys, its going to get crazy! 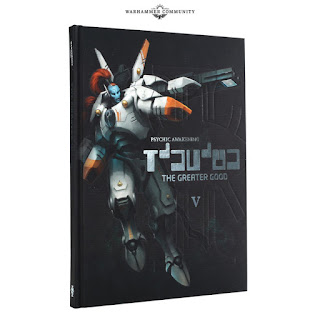 The Greater Good is the latest book in the Psychic Awakening series, focusing on the ambitious T’au Empire, stalwart Astra Militarum and Ordo Tempestus, and insidious Genestealer Cults. You’ll find new rules, Relics, Warlord Traits and Stratagems for all four factions, wrapped in a thrilling story exploring a sprawling war that leaves them all paranoid and reeling. 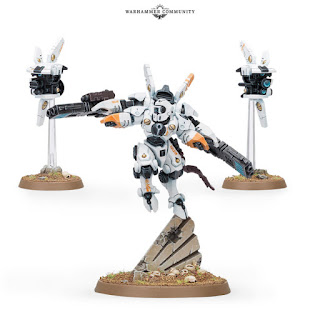 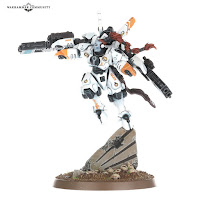 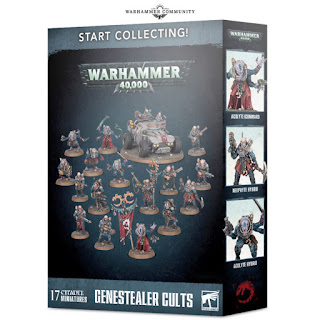 The Genestealer Cults are also getting some reinforcements of their own, in the form of a new Start Collecting! set.

Previously found in the Starn’s Disciples box for Warhammer 40,000: Kill Team, this three-armed shootist will soon be available separately to assassinate enemy leaders and inspire nearby cultists to greater acts of fervour. 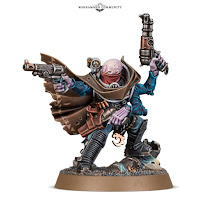 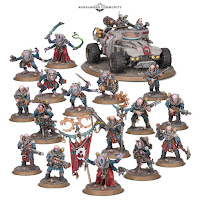 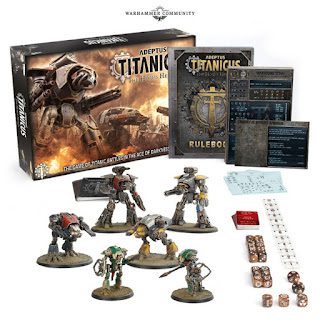 This impressive set includes 2 Reaver Titans, 2 Warhounds, and 2 Cerastus Knights, plus all the tokens, dice, and counters you need to play the game. 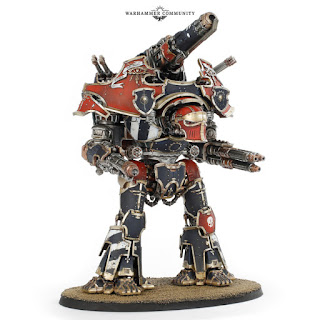 This coming week also heralds the release of a completely new class of Titan – the Warbringer Nemesis. Even though it’s about the same size as the Reaver class, its main armament is a Warlord-grade quake cannon! 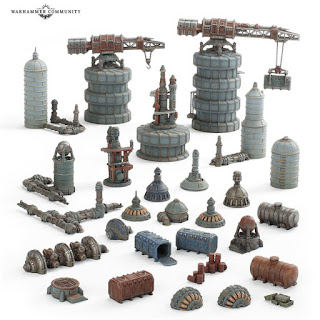 If you weren’t already excited about the new Adeptus Titanicus releases, wait until you see these tiny Munitorum Armoured Containers, complete with interior detail and doors you can open! 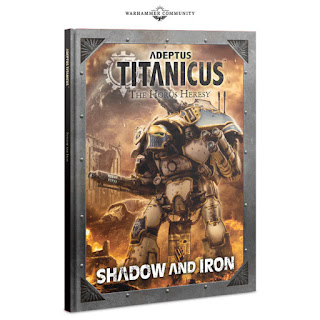 This 97-page book also details the Psi-Titans of the Ordo Sinister, including the Warlord Sinister. It’s available in both hardback and eBook editions. We’ll tell you more about it in the coming week, so keep an eye out. Speaking of digital books, we’re also releasing Titandeath and Doom of Molech as eBooks at the same time. 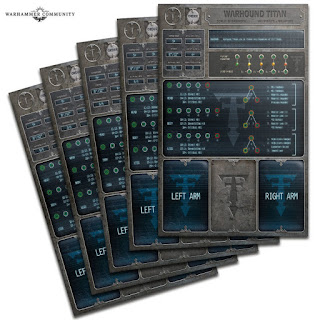 Soon, you’ll notice that new Titan models (starting with the Warbringer Nemesis) will be supplied with a card-style Command Terminal right in the box – we’ll continue to offer the heavier board versions separately if you prefer them. A new style pack with terminals for a Warlord, Warbringer Nemesis, Reaver, and two Warhounds will be up for pre-order next weekend. 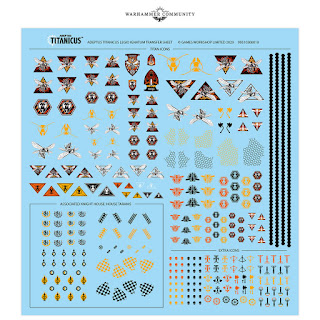 Rounding out the Adeptus Titanicus releases are transfer sheets for Legios Metalica, Ignatum and Astorum, plus their associated Knight houses. As your ranks swell, you’ll want to get your new Titans and Knights on the table as quickly as possible, while still looking sharp. 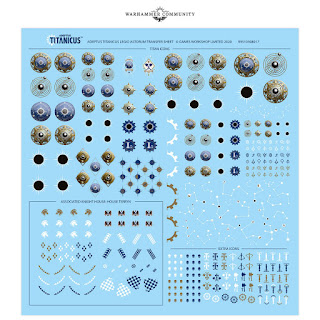 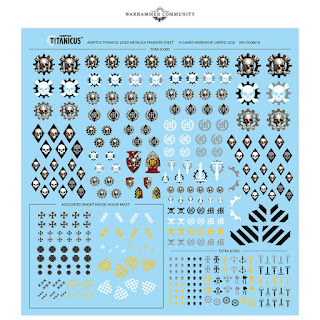