Death Guard Enter the Blackstone Fortress... Who and Why? 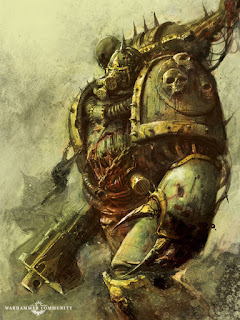 Death Guard have entered the Blackstone Fortress in this latest expansion called No Respite. Here is who they are and why they are here. Plus there is some nice looking artwork! via the Warhammer Community
https://www.warhammer-community.com/2020/02/11/no-respite-new-arrivalsgw-homepage-post-1/

The warband known as the Infested Brethren are members of the 6th Plague Company of the Death Guard. They have dedicated themselves to capturing Imperial vessels and turning them into disease vectors to spread pestilence throughout the galaxy. Once they learnt about the Blackstone Fortress, they realised that the power of the station could make their virulent gifts even more potent. They set out in their cruiser, the Cyst of Sorrow, determined to find its location.

Once aboard the Blackstone Fortress, they set about their task with glee, creating three daemonic diseases, which soon spread to Precipice. The first of these, known as the Bleeding Maw, left sufferers unable to heal any wounds suffered. The Mouldering imbues hostiles within the Blackstone Fortress with the blessings of Nurgle, making them hardier. The final plague is the most unusual, known as the Chronopox, it gathers together afflictions that the host has or could possibly have suffered in any of their possible pasts or futures.

The Plague Marines aren’t alone though, they are accompanied by hordes of Poxwalkers. These shambling creatures are afflicted with the Walking Pox, and while an individual Poxwalker might not be a threat to the explorers in the Blackstone Fortress, the shuffling swarms can overwhelm anything with their sheer numbers. 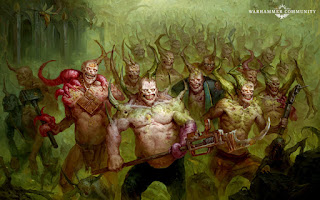 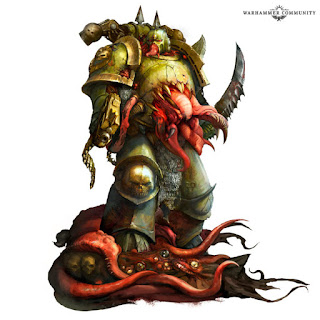 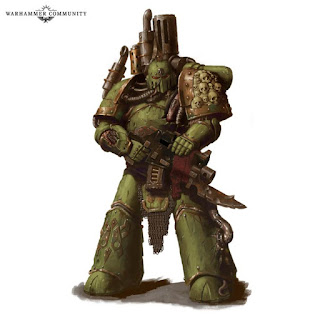