Is This the New Eldar Psyker? Arcane Battleseer? 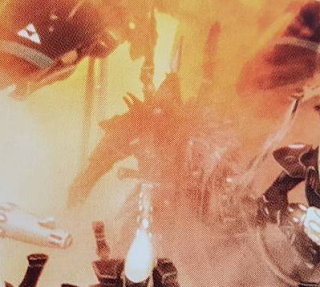 We have seen a lot of Eldar hints and images coming out of Games Workshop, and a few sources and readers have chimed in to give us some insight. One thing to really check out as well, is to look at the 8th edition rumors from back in July to see that there are some hints here on what we may be looking at. Could these be hints to characters we will be seeing soon? 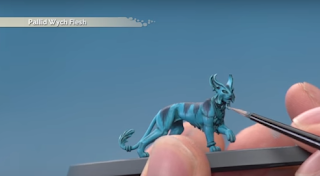 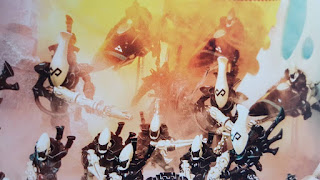 Thx to John who brought up these rumors again in connection in regards to recent teasers and hints.

For Some reason, these rumors keep on coming back as a reference for what we might be seeing in the near future.

From a Previous Rumor
http://natfka.blogspot.com/2016/07/40k-8th-edition-campaigns-exciting-look.html

- Arcane Battleseer, similar to a Wraithknight with psychic weapons and powers. Imagine if you smashed up a wraithknight into chunks of Wraithbone then bound them back together with psychic energy energy, can be posed casting a spell, fighting or just standard. Looks extremely cool I'm told.


-Arcane Battleseer Firesight, The first Arcane Battleseer. Used to be the High Farseer of Iyanden but then died and became a Wraithseer and a close advisor to Iyanna Arienal. Was blown apart along with 2 Wraithknights after detonating an Ork Stompa. Iyanna's desperate ritual to save Firesight merged the souls of the Wraithknight Pilots and Firesight together and created a new Wraithbone body called an "Arcane Battleseer". A successful design so has begun being replicated on other craftworlds in addition to creating Wraithseers. Posed like a normal Arcane Battleseer but has a more ornate head and a special energy spear/staff.

- Valossian Sythrac, Basically is Vect's top Archon who does all of his dirty work.
Posed leaping forward with a Husblade behind him and an open soul trap in an outstretched hand which has tendrils of energy leaping forward from it. Has a Golden Helmet with multiple Horns which apparently look a bit like Malekith from WHFB.

-Sylandri Veilwalker, Special Shadowseer, floating on mist which also covers half her character. Has a curved semi circle blade in one hand and a staff in the other. 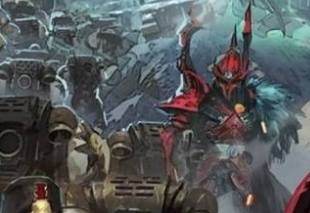