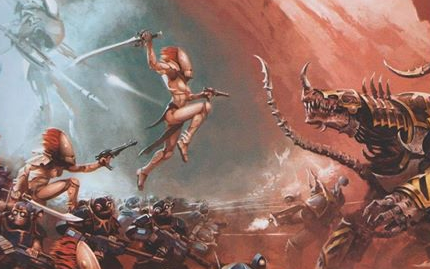 There has just been so much revealed today as the latest White Dwarf for February is being revealed. Those lucky people that get theirs early are making the rounds. So here is the latest + a compilation of earlier information and images.

Gathered by Lady Atia
New name for the Dark Eldar is Drukhari - via pyro8, warhammer forum

This was posted up on 4chan 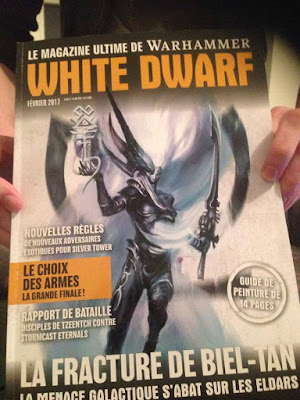 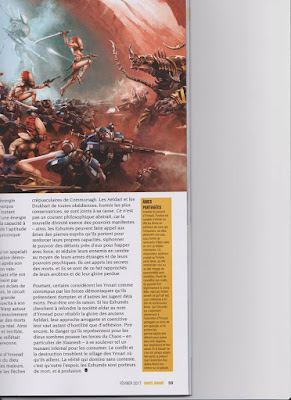 CthuluIsSpy translated some of it

So, that French white dwarf had some info that might be interesting
-Aeldari are a thing
- Drukhari are also a thing. Looks like its referring to Dark Eldar
- There's something called the Exhumed who can harvest the power of soulstones to use as weapons and amplifiers. They basically call to the spirits within them to vaporise folks and to buff their psychic powers.
-There's another group called the Ynnari, who aren't really trusted because they're considered to be corrupted by demons. What's more interesting though is that the Ynnari are also considered to be already dead (deja morts).
- Seems like the Exhumed follows Ynnead, and wants the Eldar to follow suit. They want to restore Eldar society to how it was before the Fall. The problem is that they are really arrogant about it, so they tend to be treated with hostility.
- Yvaine (she's the chick, right?) can take souls and "share" them with those around her. It gets a bit hard to read, but I think it says that these souls can manifest as spectres, or she can channel them (she gets possessed, in other words). The Ynnari see this as a divine miracle. This is from the Ame Partage (Shared Souls) section on the side, in the very small print that's a pain to read.

Previously on Faeit 212
Notice any new models in the middle picture? It looks like there might be two along the left edge, and in the upper right background. 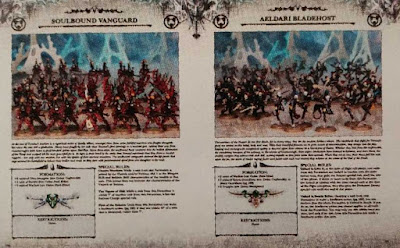 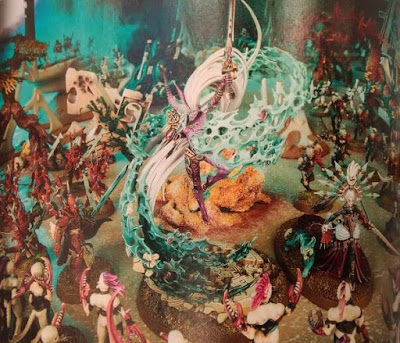 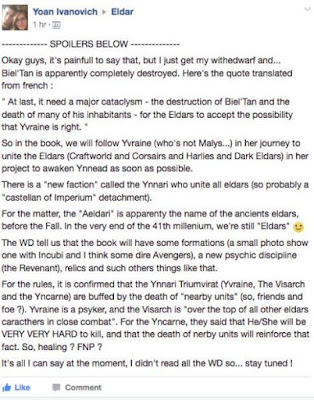