Forgeworld: Wolf-Kin of Russ and the Mighty Zug 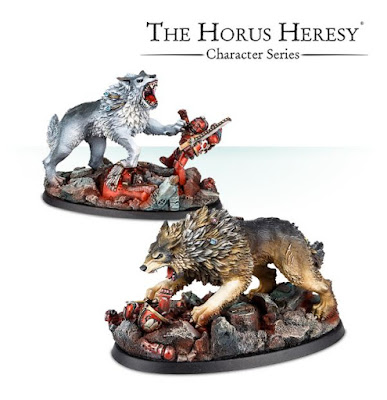 Forgeworld this morning has the new Wolf-Kin of Russ and the Mighty Zug (Bloodbowl) up for pre-orders.


New From Forgeworld This Week
https://www.forgeworld.co.uk/en-GB/New 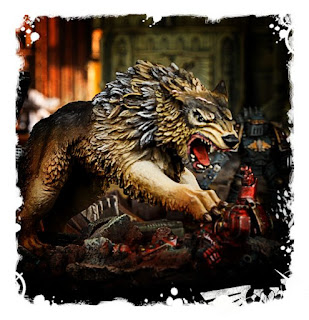 Wolf-kin of Russ
Description
Said to be companions of the Wolf King from his earliest days as a foundling upon the bleak desolation of Fenris, these two creatures are beasts of prodigious size, formidable intelligence and a physical power that beggars belief in purely ‘natural’ creatures of their type. The guardians of the Wolf King’s hearth, from time to time when he calls they follow alongside him into battle as they may, ripping apart the hated foe limb from limb.

A pair of large creatures that would make an ideal centrepiece, the Wolf-kin of Russ can be added as a special HQ choice for a Space Wolves Legion army that includes Leman Russ. Formidable at close range, they use their enormous teeth and claws to do the bidding of their master. Rules for using The Wolf-kin of Russ as part of a Space Wolves army in Horus Heresy games can be found in the forthcoming book, The Horus Heresy Book Seven - Inferno.

This highly-detailed multi-part resin kit makes two Wolf-kin of Russ including 2 scenic 90mm oval bases – these feature unfortunate enemy Space Marines being torn apart, which can be painted in the colours of whichever Chapter you prefer. The 20-component kit is presented in a black Horus Heresy Character Series box. 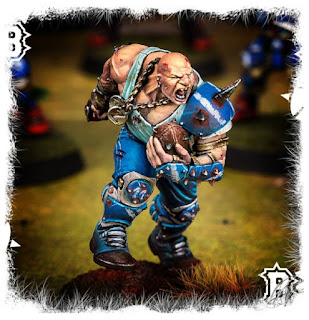 The Mighty Zug
Description
Gifted with not only hefty bulk, strength and power but the ability to use them properly, The Mighty Zug is an expert at incapacitating opponents with a single swipe of his gigantic paw. A firm favourite with the fans despite (or because of) his brutish, ugly and stupid demeanour, he’s the Star Player of choice for Blood Bowl coaches who just want to get the job done. Nothing fancy – just a trail of smashed faces leading to victory.

Add The Mighty Zug as a Star Player to any Human Blood Bowl team – not just the Reikland Reavers – with this resin kit. He can be built clutching the ball in his left arm, or modelled without; all the better for smashing faces in with a swipe of his enormous forearm. His rules, which mostly involve moving forward with the unstoppable grace of an angry continent, can be found as a Star Player card included with the Blood Bowl boxed game, and also in the supplement Death Zone Season 1. This resin kit comes in 7 components, with a 32mm round base and a 32mm round Blood Bowl base, featuring a slot for the ball.