Sequel to Warhammer Quest: Silver Tower in the Works 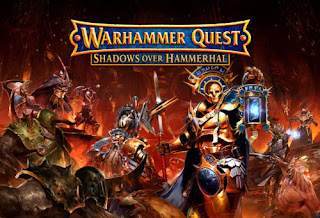 A sequel is in the works for the Warhammer Quest Silver Tower game, and it was officially announced today. Here is the latest on it.

Warhammer Quest: Silver Tower was one of the highlights of last year’s Warhammer Age of Sigmar releases (and that’s saying a lot, because there were some great ones). The return of the classic format, but set in the Mortal Realms, was an instant hit, and we’ve been bombarded ever since with questions about a follow on game.

Well, today we’re delighted to reveal that one is on the way.

Warhammer Quest Shadows over Hammerhal will be an entirely self contained game with a whole new cast of heroes and villains.

We’re very excited about this for all sorts of reasons. The game will obviously see new quests and challenges for gamers, but perhaps just as excitingly, this set will have an even more involved narrative, and will explore the dark labyrinths beneath one of Sigmar’s new Free Cities: Hammerhal, the twin-tailed city – a metropolis that is built around a Realmgate and sprawls across two realms!

This new set is a little ways off yet, but we were super excited, and we just wanted to share it with you.

For those of you who have not played Warhammer Quest yet, give Silver Tower a go – it’s a great game and packed with loads of great models too (cough*all-the-heroes-for-your-new-Tzeentch-army*cough).
1/24/2017
Natfka
Age of Sigmar , News Headlines , Warhammer Quest