Fall of Cadia in Hand, Formations and Relics Revealed 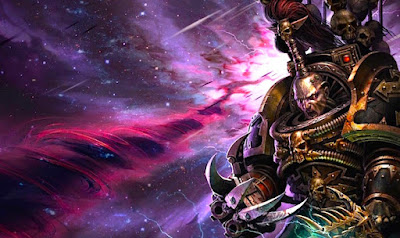 The Gathering Storm: Fall of Cadia is being revealed as the book is in hand with some. Here are a set of formations and the relics for the book.


If you want to see the rules for the Triumvirate of the Imperium, just follow the link.
http://natfka.blogspot.com/2017/01/a-first-look-at-rules-for-triumvirate.html

Leaked Images can be seen here for detachments and formations via Goonbandito
http://imgur.com/a/4ypvF


via Goonbandito on Bolter and Chainsword
http://www.bolterandchainsword.com/topic/328953-gathering-storm-fall-of-cadia/page-57#entry4619447
Fall of Cadia book in hand, ask away!
Celestine, Inquistor Greyfax and Belisarius Cawl can be included as an HQ choice for any Army of the Imperium Combined Arms or Allied Detachments (specifically), regardless of faction! In addition, Belisarius Cawl can replace any Tech-Priest Dominus in any existing Cult Mechanicus Formation, and Inquisitor Greyfax can replace an Inquisitor in any Inquisitorial Formation.

Formations look pretty average to me - they need far too many units to be used in any 'normal' sized game.  Could be fun for larger games though.

Triumvirate of the Imperium (Formation)

Castellans of the Imperium Detachment
Edit: Blood Angel, Dark Angel, Space Wolves, Grey Knights, Death Watch, Cult Mechanicus, Skitarii, Sisters of Silence, Adeptus Custodes and Legion of the Damned are not available in the Castellans of the Imperium Detachment.  Didn't notice that...  I'm pretty most everything else, including Assassins and Cataphractii/Contempors, are though.  Lord of War options are Imperial Knights (specifically the ones from Codex: Imperial Knights) and Baneblade variants.

Arcana Mechanicum - Characters that can normally take a relic and are part of a Conclave Acquistorius Formation, Grand Concavaction Detachment or are in an army that includes Belsarius Cawl can take these:

Ecclesiarchy Relics - Characters that can normally take a relic and are part of a Wrathful Crusade Formation, Castellans of the Imperium Detachment or are in an army that includes Celestine can take one of these relics.