The Fall of Cadia..... An Imperial Victory as Planned. 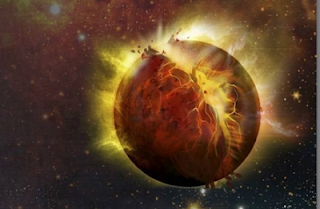 The Fall of Cadia was an Imperial Ambush, where the forces of Chaos were lured there to attack with all their might to be destroyed by the might of the Emperor.


Read the full article from the Regimental Standard by following the link below.

"the skilled Imperial tacticians stationed around the Ocularis Terribus instead decided to lure the rag-tag heretic forces of the Eye into a last glorious battle, by falsely spreading the rumour that the world of Cadia was in fact a vital pillar in the Imperium’s defence."


"Of the renowned Cadian Astra Militarum regiments, the Guard’s famed ‘Shock Troops’, it is lamentable that several regiments were lost in the strategic retrograde-advance from Cadia. However, with around 90% of Cadia’s forces off-world on tours around the galaxy at any given time, and the estimated 14% increase in vengeance-induced effectiveness** of regiments whose home world has fallen to enemy forces in battle, we are pleased to report a net-gain to the Imperium’s fighting strength!"
1/18/2017
Natfka
News Headlines , Regimental Standard