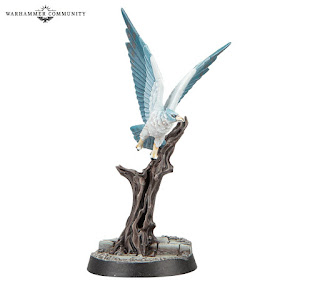 It might just be because its Monday, but I saw this after the arachnid servo suit earlier today and I just had to sigh. Something feels off here.
It looks like a bird but it's an...... Aetherwing.
via WarCom
https://www.warhammer-community.com/2021/09/13/this-bird-is-coming-to-peck-your-enemies-to-death-in-the-new-season-of-warhammer-underworlds/

We recently showed off Gikkit, the first model from the fifth season of Warhammer Underworlds. Now it’s time to meet one of his opponents, who’ll be attempting to thwart him and the rest of Da Kunnin’ Krew.
Look to the skies – Taros is on the way. 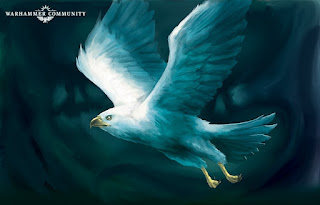 Taros is an Aetherwing who accompanies Xandire’s Truthseekers into battle. Sleek and swift, Taros is an expert hunter, gliding above the battlefield before swooping to savage its prey with a sharpened beak. Famed in Azyr and beyond for the bonds they form with the Stormcast Eternals, these celestial hawks are the perfect partners for the God-King’s chosen.