Initially deployed during the tail end of the Dark Age of Technology, radiation weapons, phosphex bombs, and alchem rounds were all employed to scour life from worlds across the galaxy.

They’re back – the bane of landscape gardeners everywhere, shunned by their brothers for their use of proscribed relic weapons, coated with radiation and chemical scorch marks that no amount of lapping powder will get out – It’s the Destroyer Squads. 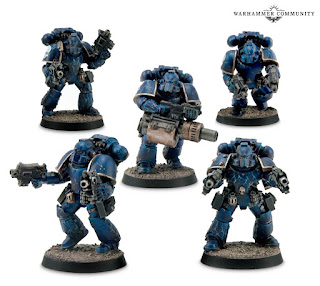 The most brutal squads the Adeptus Astartes bring into battle, these walking war crimes date back to the Unification Wars, and perhaps even the Age of Strife.

Initially deployed during the tail end of the Dark Age of Technology, radiation weapons, phosphex bombs, and alchem rounds were all employed to scour life from worlds across the galaxy.

The Emperor’s enemies had their hands on this dark arsenal during the Unification Wars, but they have since been banned from widespread use. Now, these terrible weapons are only available for use by specially sanctioned squads of Astartes.

Many believe Destroyer squads to be somehow tainted. The Salamanders forbid their use* outright, but the Death Guard in particular relish them, not least for the nostalgia high from reducing planets into inhospitable wastes like their home, Barbarus. 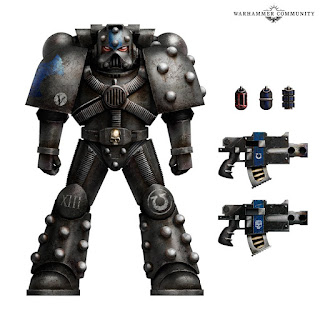 Currently only available with jump packs, Destroyer Squads are finally returning to the tabletop with less bulk and tougher boots. They can effectively clear out troops with their rad-missile launchers thanks to the Fleshbane special rule, while Rad-phage will reduce enemies’ toughness for the rest of the battle via the deleterious effects of radiation.

The Destroyer Squads’  ability to hit multiple targets and turn an area of the combat zone into a permanently burning patch of twisted earth makes them especially powerful in the tight confines of the Zone Mortalis. Perhaps consider pairing them with a Moritat for a deadly cocktail of death and destruction?

Fans of Destroyer Squads will want to keep their eyes on the release of all-new mini campaigns for The Horus Heresy: Age of Darkness, called Exemplary Battles. While the first instalment – Battle for Pluto – featured rules for Imperial Fists Huscarl Squads, we’re reliably informed that future battles in the series will contain rules for Legion-specific Destroyer Squads.