Home » Necromunda » New Van Saar Servo-Suits- What do You Think of This Sculpt?

New Van Saar Servo-Suits- What do You Think of This Sculpt? 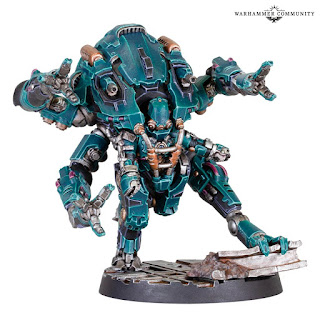 New Necromunda Servo-Suit for the Van Saar is revealed. A little silly looking but it works. Hoping its just a bad pose or image.
via WarCom
https://www.warhammer-community.com/2021/09/13/see-the-van-saar-brute-thats-making-everyone-in-the-underhive-arachnophobic/

We’ve seen some unusual things in the underhive recently – from Noble House interlopers to the ultimate dream team from House Cawdor. But nothing quite compares to the technological wonder that is the Van Saar Servo-suit.
Servo-suits are typically used in heavy industry to lift materials or operate machinery. The Van Saar are particularly fond of them, due to both the deficiencies caused by radiation poisoning that has afflicted their clan and their love of technology.
Of course, the House isn’t above adding a few extra weapons to them when they’re expecting a dust-up with a rival gang. The heavy weaponry they’re packing generally tips the scales in their favour. 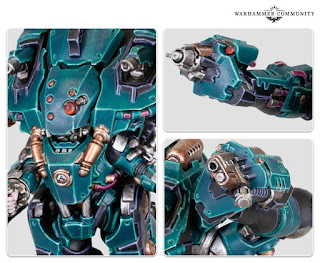 This new Brute is perfect for adding extra strength and mobile firepower to your Van Saar gang – anything lucky enough to survive the salvo from its heavy las carbines will be torn apart with those vicious servo-arms. 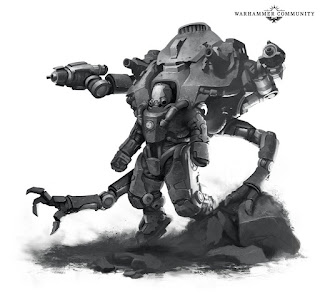