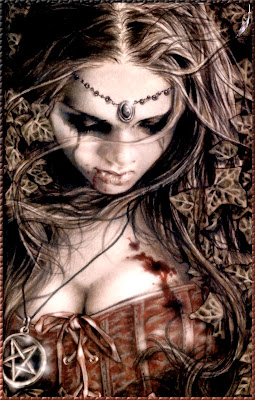 The new Vampire Counts army book advance orders are said to be starting on January 7th with a release date of Jan. 14th . That puts us only a few days away from seeing a lot more information about this new Army Book.

This was the second army book I ever owned for Warhammer Fantasy back in the day. I am looking forward to seeing what is in the new release, and this morning we have a few bits about the upcoming release.

I am going to still keep these down as rumors, so take with a little salt until we get the book in our hands.

A information and pics for the book can be found here.
http://www.natfka.blogspot.com/2011/12/vampire-counts-information-and-more.html#more

via Bramgaunt
A few tidbits about the book:
1. All units and all characters from the book will be covered by the initial release.

Curse of undeath allows the caster of a vampiric spell to recover 1 wound, may be used ro heal another character.

Hexwraizhs have magical flaming attacks that ignore Armorsaves. Same goes for the fly through attack.

Coven throne is a mount for vampire lorsds or heroes.

Wraiths remain a rare choice led by a banshee. They can be used as characters aswell.

Dire Wolves get +1 s if they charge.

Kemmler restores 1 tomb guard or skelleton for each kill he does in close combat. He can be erheral or flying by using his cloak.
1/03/2012
Natfka
Rumors , Vampire Counts , Warhammer Fantasy