Making Sense of it All: The Rumors Are Numerous. 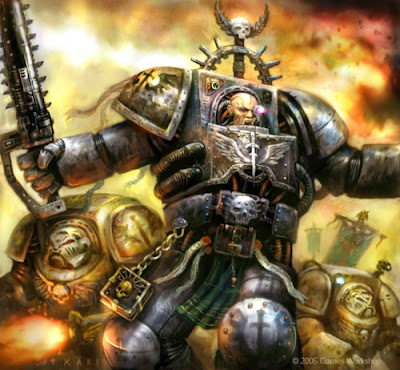 Its time to sit down and make some sense of all these rumors flying around. There has been so many conflicts in rumors through the month of January, that this year is starting to look a little crazy. Making sense of it all is part of the problem, and finding out what is next, is an even bigger issue.

There is a rumor posted towards the end.

Whats Next
Lets start with the next codex, and lets be honest. There is not enough time between now and 6th edition to get in two codices. I know a White Dwarf codex could be thrown in and if it is going to be, its going to be Black Templar.

Next is still in my books going to be a second Necron Wave, alongside some Tyranid Models. There as been enough sources claiming this, and I expect to see it towards the end of February or beginning of March.

The word is, that there is so much 40k stuff ready to go, that its making a mess of our rumors.

Tau I believe are done or very close to being ready. Harry has mentioned before that they are not coming as soon as we think, and at this point I believe him. Were they penciled in for early this year, Yes I believe so. The upcoming schedules seem to be a very fluid thing to me, at least until 3-4 months before hand. I am sure they need this lead time for printing and model releases.

The one thing that everyone says, is that 6th edition is happening. Its probably happening the first weekend in July. Chaos Marines/Legions will be the first codex shortly there after. Probably looking at August/ October.

Dark Angels..... Well, I could see them being released in April. The only evidence though is the spine of White Dwarf, BoK's rumors, Dark Angels probably being in the starter set, and the Land Ares construction article being removed from the GW website. We have had no other rumors about specific units in this codex.

Here is Harry's take on the rumors.......
I have not said that I seen Black Templar minis....
But let me just say BT sculpts have been done and have been done for over 18 months. They are a bit special ... but then I heard they were done by Juan Diaz and Jes ... so they would be a bit special. But just because they were done 18 months ago does not mean they are coming anytime soon. There is so much stuff knocking around for 40K it is not even funny. I suspect the stuff in the 40K starter set was done at least this long ago .... which may be why there are no new rumours about them. The Skaven stuff in the Fantasy box set was done nearly 3 years before release.

I remember at the time all the rumours flying around about the which two armies would be in there and nonsense about last minute changes when the armies were set in stone years before. The same will be true with this starter set.

Which I can not believe we are still discussing .....
If Hastings says it is Dark angels V's Chaos you can be pretty sure it is.
Oh ... and I posted ages ago to say that the Chaos codex would be the first codex of 6th edition.
1/31/2012
Natfka
Black Templar , Chaos Space Marines , Dark Angels , Eldar , Rumors , Tau