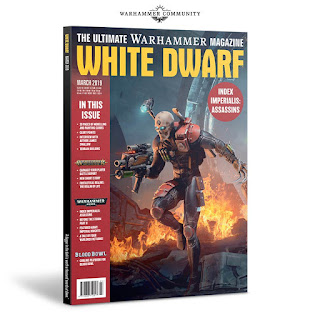 The biggest thing coming in next months White Dwarf are new rules for the Imperials Assassins.If you missed the leaks we had showcasing these rules, here is a link. Otherwise here is a preview of what you find in the March White Dwarf.

via the Warhammer Community
https://www.warhammer-community.com/2019/02/19/18th-feb-white-dwarf-preview-marchgw-homepage-post-3/
You can see more of the article at the link above.

We’re already two months into the reforged White Dwarf and, apparently, you guys love it! Well, you’ll be pleased to know that March’s issue also looks like it’s going to be an absolute cracker. Let’s take a look… 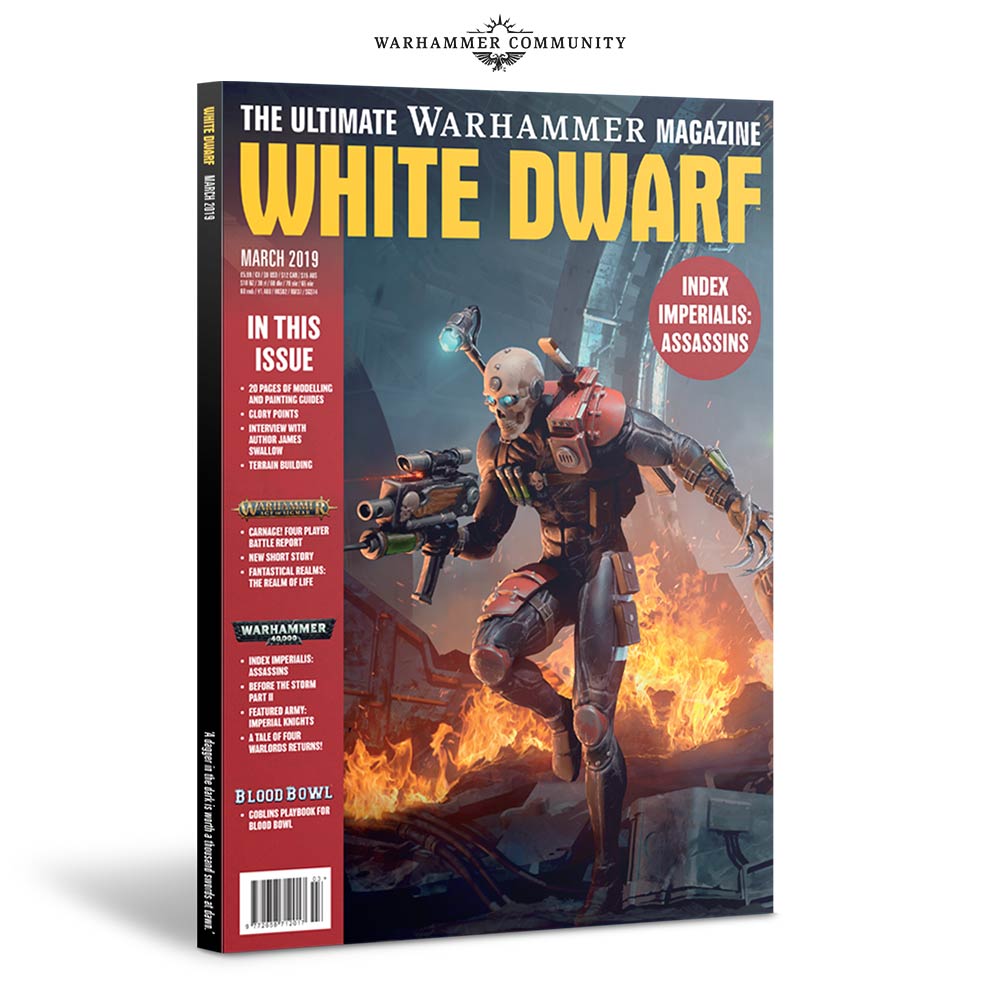 OK, so Phil wrote all the lore for this one, too! If you’re a fan of the secretive, ultra-violent agents of the Officio Assassinorum, this article is simply unmissable. Phil delves deeper into the history, fighting styles and deadly wargear utilised by the four main Assassin Temples than ever before. He also presents a detailed timeline of their most famous deeds, dating all the way back to the assassination of the traitorous Primarch of the Night Lords by the Callidus agent, M’Shen. But, of course, an Index wouldn’t be complete without awesome new rules. You’ll also find updated datasheets and points values for the Vindicare, Callidus, Eversorand Culexus Assassins, as well as 10 new Stratagems for them to use in battle (including two specific to each Temple). Adding these deadly Assassins to your army has never been easier. 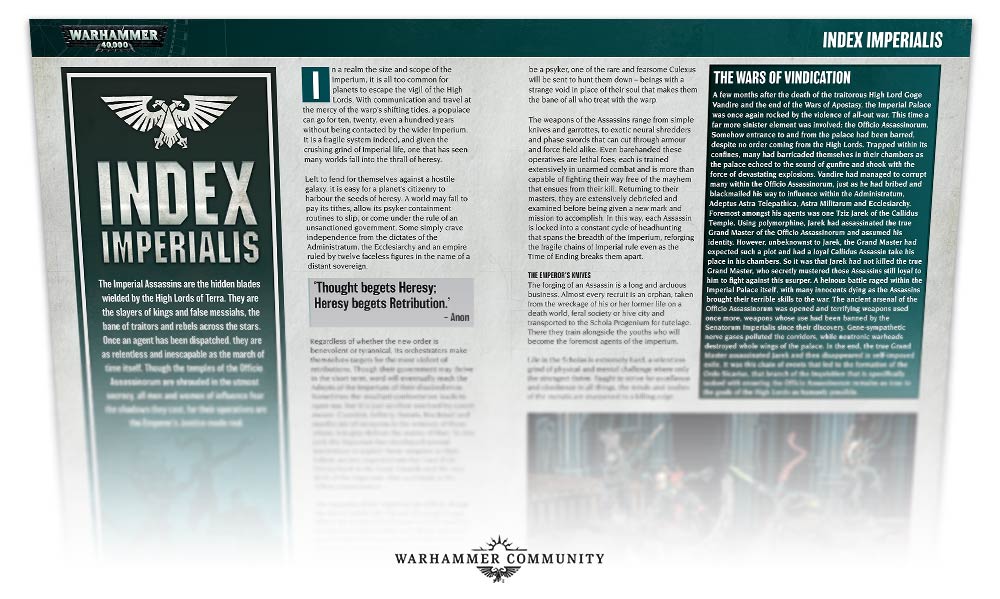 And there’s even more besides, so be sure not to miss out March’s action-packed issue of White Dwarf when it hits stores next month.