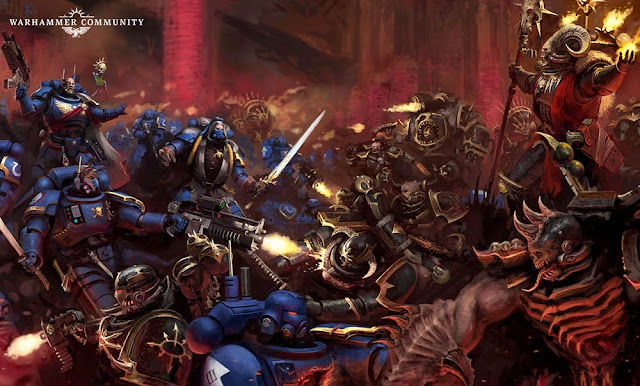 There was some other information that came out of the Las Vegas Open reveal that did not get said, or was just other misc information beyond the "Big" reveals shown, and therefore may have gotten missed or passed up on.


I saw this reading around the boards and thought it was worth sharing.


via  Khalan on Bolter and Chainsword

- They confirmed SOB is not the ONLY other codex coming out this year. Basically said there are going to be books in between.

- They are aware of Soup and no real plans to change it yet but keeping an eye on it. They want people to be able to use their collections and don't think its a bad thing. just need to find the balance.

- There will definitely be more models not revealed in the box (I would assume possessed, transport)

- Vigilus Campaign is just getting started.With a lot more planned.

- They were asked directly if the models are multipart or Push Fit and said "wait and see" .

- Asked about old books getting looked at and said some would be re-done eventually but keep in mind 9 month lead times on books.

- All the WD rules are going to make their way into Chapter approved eventually, they are aware of the book keeping and want to continue to ensure people get the rules.

- 40k app is still in development, they said the interactions of 2000+ units and data sheets is what is taking so long but still being worked on.

- Do the survey, a lot of their adjustments came from that feedback. 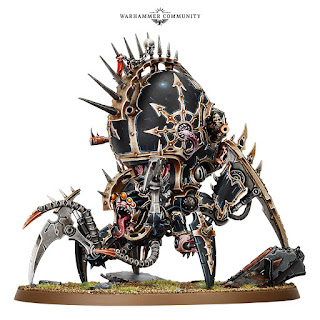 Also here is some other good discussions worthy reading for Shadowspear over on the Burning Eye.
http://theburningeye.blogspot.com/2019/02/hi-all-so-last-week-we-had-some-huge.html