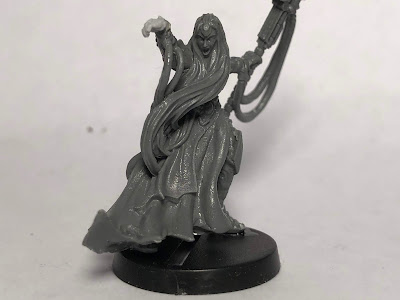 Ive been back to the painting table and assembling models after a few weeks break so I wanted to get to this miniature from Raging Heroes. This has been on my list to assemble for a good month, and it's one of Raging Heroes older sculpts. 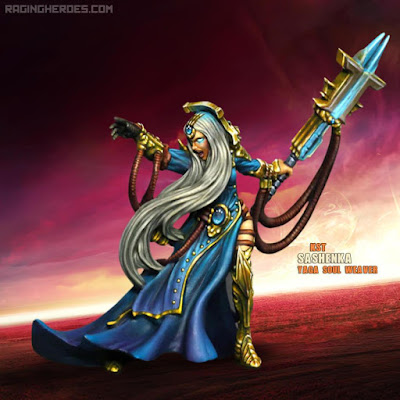 First off, my glue gave me hell (yea its old), but I will save that for another topic. Second Issue I had is I clipped where I should not have..... and yea, I cut off some fingers leaving me scrambling to really try hard to figure out what to do. Luckily I had an extra hand I found on another Raging Heroes sprue. (extra bits on sprues really come in handy). This was from an alternate weapon, but gave me a hand that I think works well. . 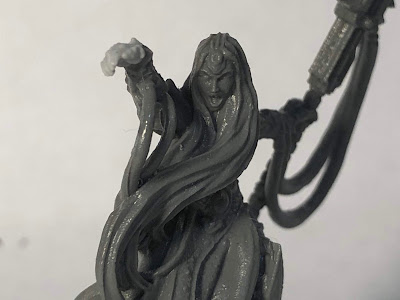 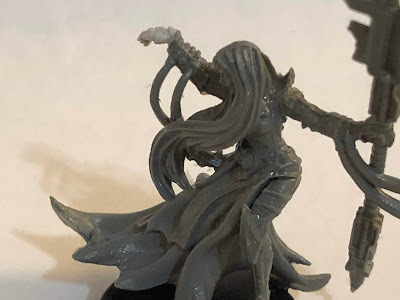 Now the model. I am a fan of the sculpts from Raging Heroes, so lets get that out of the way. While I was looking forward to putting this one together, I was more impressed with it once I had it assembled and actually held this model in hand. I love the pose she is in, as it's rather sinister and full of movement ready to cast her spell do destroy her enemies.

The one thing I did not like is where the this model sits on a slotted base. She hung off the slotted base if I put her right where she is supposed to go, so I clipped off the bottom slot and filed it down a little. There is a lot of model along the bottom so I was certain I would be able to have her firmly attached to the base.

The results, even with my bad clipping of her fingers...... damn it, was fantastic. Having to replace a hand is one of those nightmare scenarios, but I love this model and cannot wait to get her painted up and into a game this coming weekend. 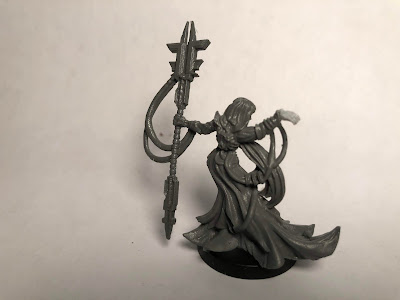 Quality wise... Very few thin pieces on this model (one of the things I hear a lot of people complain about), and the model itself is rather rugged (Ive already dropped her on a hardwood floor). It was a rough day, and Im rather surprised the model survived my multiple accidents.

I liked her enough that before I even got her on the base I was ordering Baba Yaga. Looking forward to getting her soon.

So what is this model being used for? While she could fit into several different scenarios for your armies, this one is going to my Genesys Project army where she fits in perfectly. So most likely we will see her again in the coming weeks.

What other options do you see for this model? Or the others in her series?
https://www.ragingheroes.com/products/heroines-box-kst-5 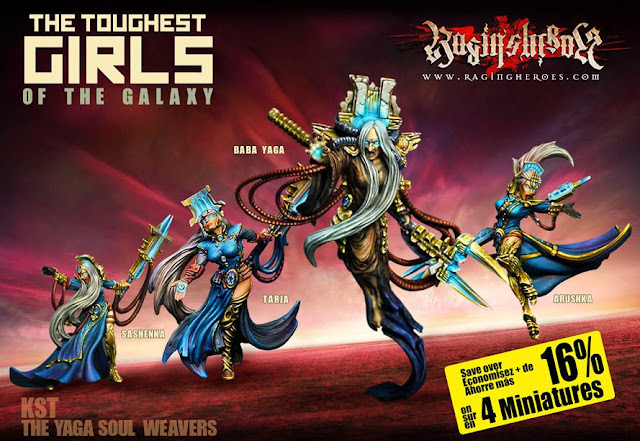