Another preview this morning on how to build a Skaven army, with a look at some of the units and rules we will find coming this weekend when the Skaven Battletome hits the shelves.


via the Warhammer Community
https://www.warhammer-community.com/2019/02/14/14th-feb-mad-machines-building-a-skaven-armygw-homepage-post-4/


With Battletome: Skaven now on pre-order, we’re helping you to build a killer army of ratmen. This army asks a simple, but very skaven-y question – what if you broke all the rules?  What if you decided not to muck about with all that “combat” and “taking objectives” and “even pretending to keep your units safe”? What if your army was almost as likely to hurt itself as the enemy?
If you’re looking for a truly insane skaven force, then we’ve got the army list for you… 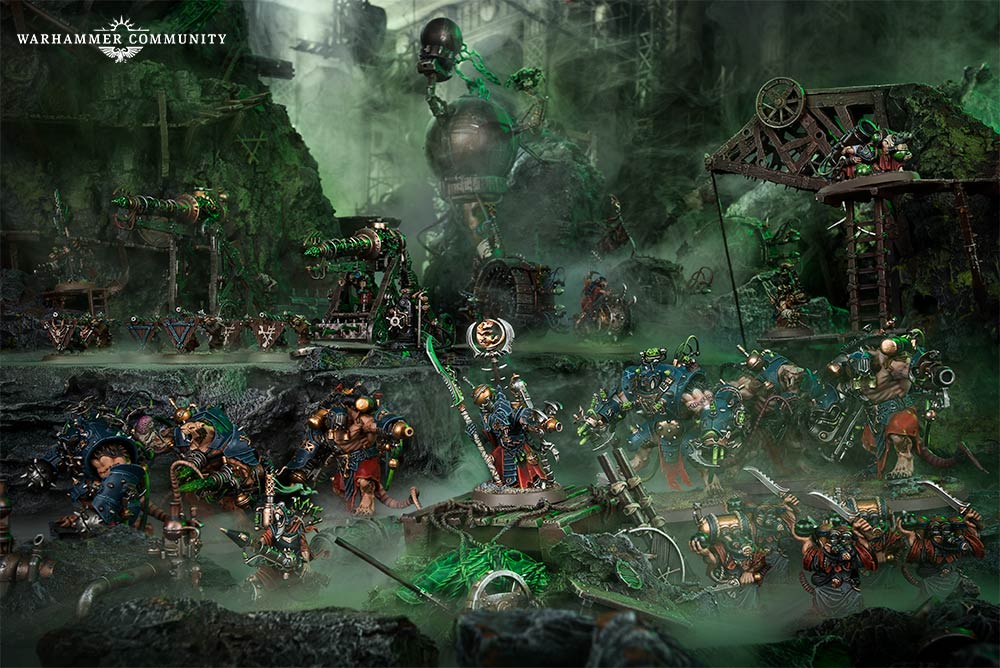 We’re building this as a 2000-point matched play list. 2000 points is a nice goal to shoot for, giving you a considerable collection of models when you’re done and being a popular points limit for a number of events. It’ll also give you a considerable pool of models to draw from for Warhammer Age of Sigmar: Skirmish, Path to Glory and other, smaller games.

We’ll be basing this army around the assumption you’ve split a couple of copies of the Carrion Empire set with a friend, or you’re looking to build a Flesh-eater Courts army alongside your Skaven. That gives us:
Looks pretty good to us! That brings us, right off the bat, to 1400 points – meaning the list is all but done! That was easy…

With this, you’ll have a strong base of ranged mortal wounds, a decent front-line unit in the Stormfiends, and some Doomwheels to cause chaos. The Warlock Bombardiers are pretty handy too, offering magical support and letting you blast anyone who gets in your way to bits.

We’re going to keep the army purely Skryre, and assume you’re taking the Stormfiends in units of threes – add another, and you’ve filled out your Battleline slots, meaning your list, while very silly, is ready for matched play. Battletome: Skaven is particularly nifty, as, while you’re free to mix and match the clans, sticking to one will grant you cool extra Battleline choices like this. 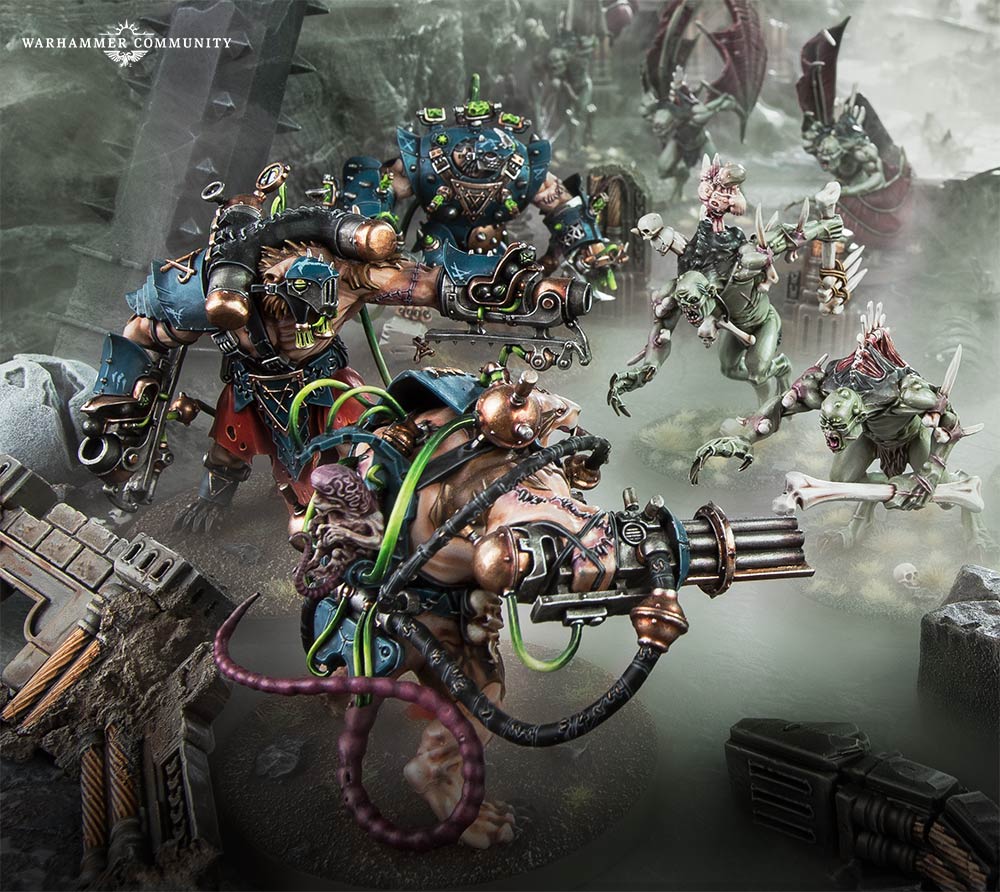 You can do pretty much anything you want from here, but we reckon you can’t go wrong with some Ratling Guns. 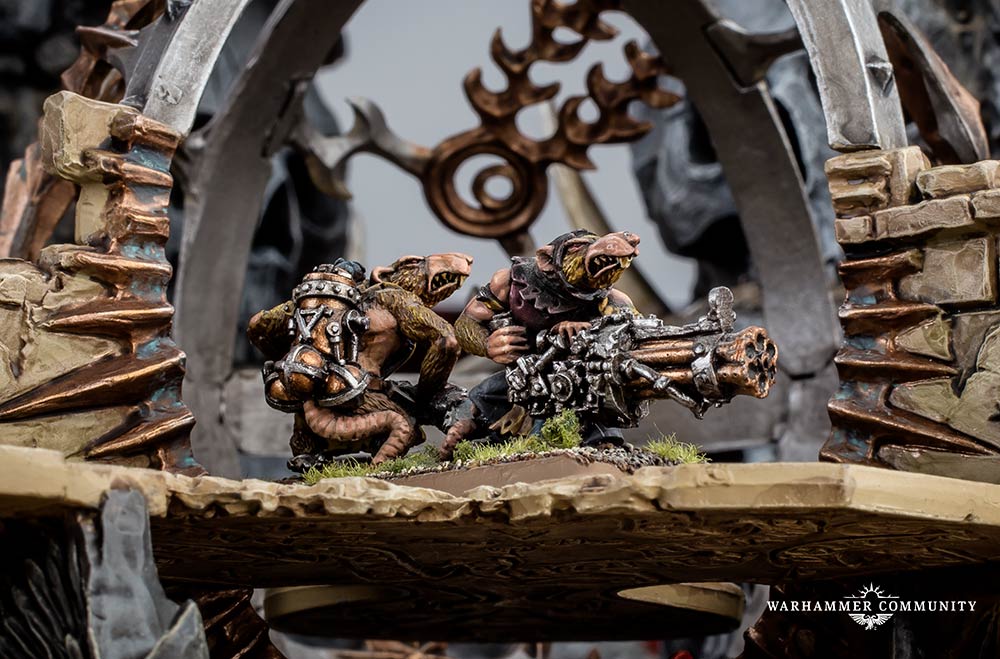 Take three of these weapon teams, give one of your Warlock Bombardiers the Overseer of Destruction command trait, and throw in a Warpstone Spark, and – provided you’re willing to risk using More-more Warplead! – you’ll be kicking out 12D6 shots a turn, each dealing 2 damage apiece and re-rolling to hit! That’s enough to mince even Archaon.

After that, we’ve STILL got more some points spare – 100 of them, to be exact. That’s just enough to squeeze in a Warlock Engineer or another Warlock Bombardier. 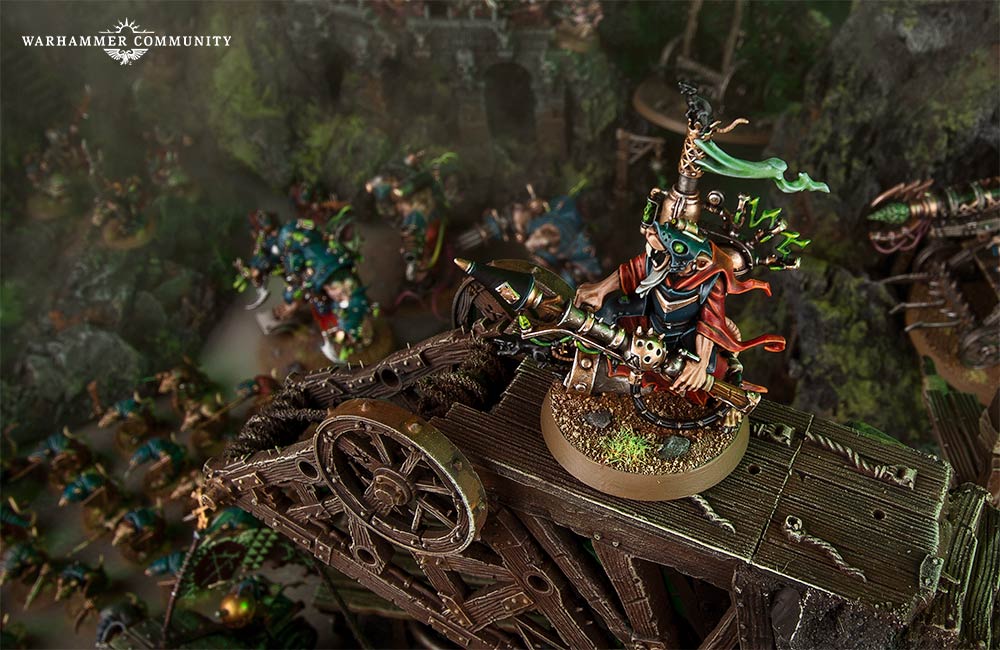 It’s well worth taking multiples of these in a Skryre themed army – you never want to get caught out without someone to use your Warpstone Sparks, while the tweaked Warp Lightning spell can be cast as many times as you like by different Wizards.

And with that, we’ve got an (utterly insane) Clans Skryre army! Admittedly, it’s about as likely to harm itself as it is the enemy – but for the look on your opponent’s face when it all comes together, it’s totally worth it.
2/14/2019
Natfka
Age of Sigmar, News Headlines, Skaven