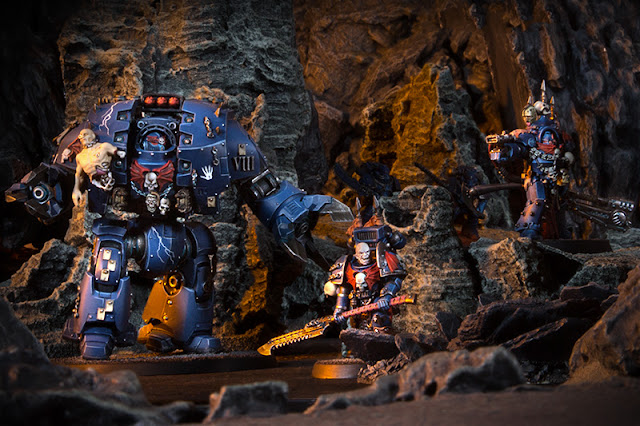 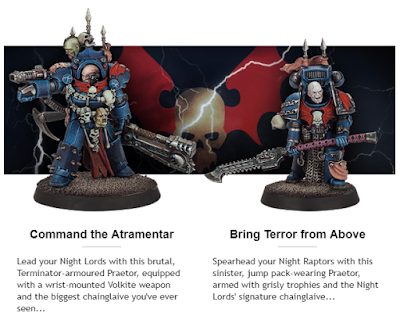 
via the Warhammer Community
https://www.warhammer-community.com/2019/02/15/in-midnight-clad-new-night-lords-from-forge-world/


Prepare to be terrified – the Night Lords are coming. Today, you can pre-order a trio of new models for your VIII Legion collection, as well as a set of stylish Night Lords dice. 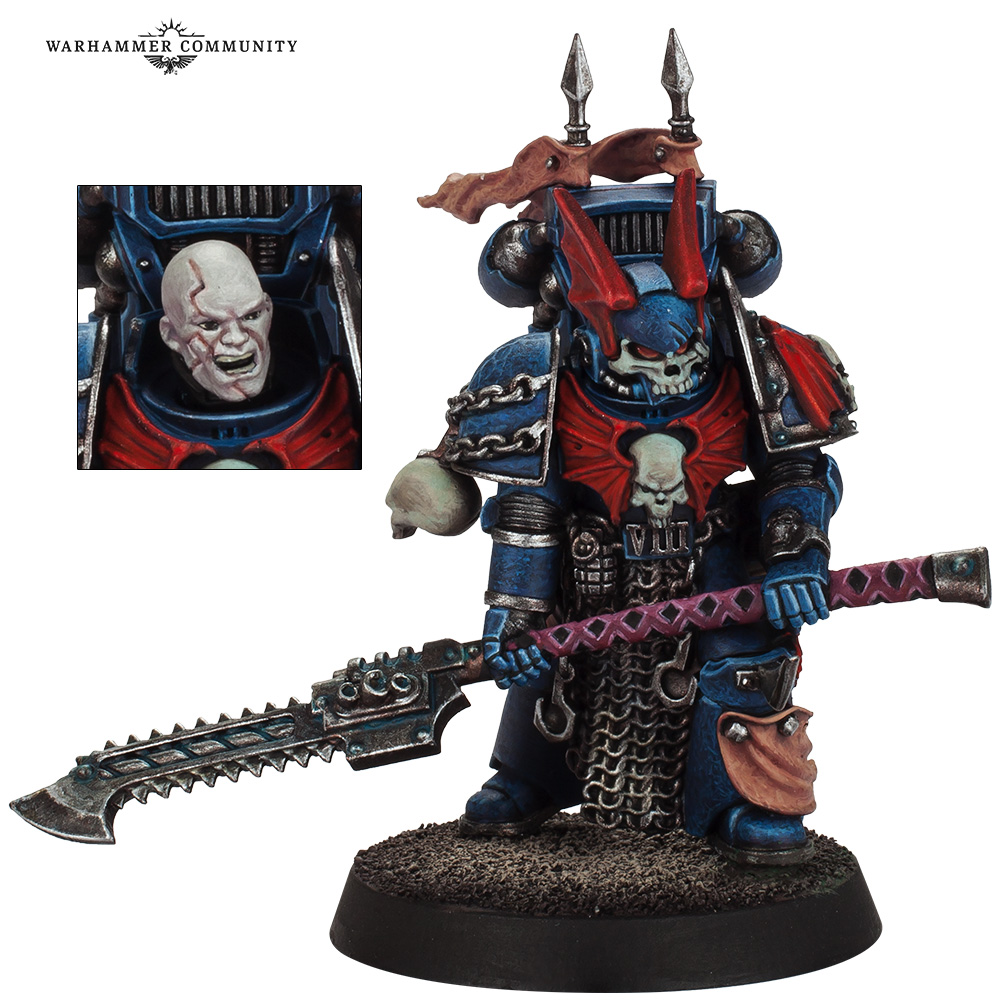 First up are a pair of Praetors. The mightiest leaders of the Legion, these warriors can unlock a variety of Rites of War for your army, as well as being vicious combatants – especially with the deadly chainglaives they wield. One Praetor wears power armour and is equipped with a jump pack to get him into the midst of battle quicker – perhaps at the head of a squad of Night Raptors. 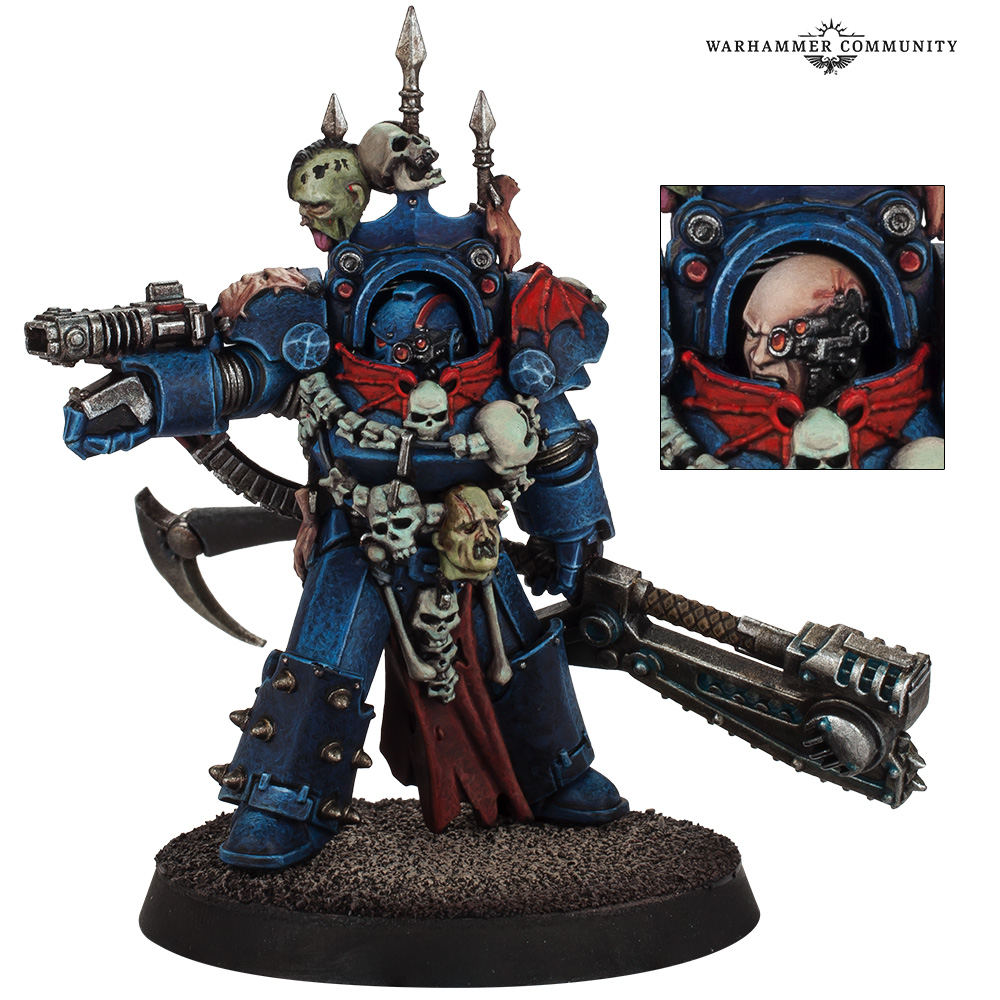 His Tartaros Terminator-armoured counterpart is armed with a volkite serpenta in addition to his chainglaive, and is perfect for anchoring your battle line or leading an assault at the head of a massed horde of Terminators, spreading terror and bringing death. Both models come with alternative heads to allow you to customise your characters. 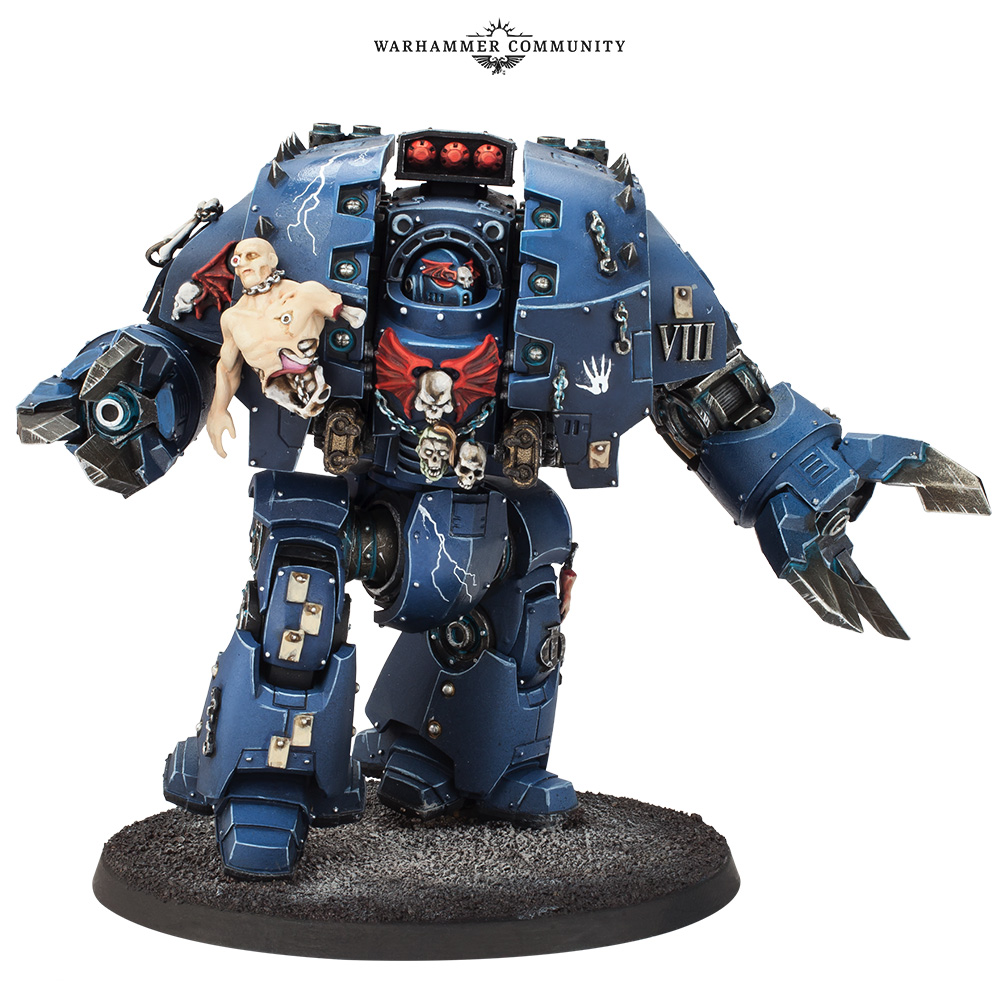 Want something bigger? The Night Lords Leviathan Dreadnought is for you. Festooned with grisly details, this brutal war machine comes with a choice of heavy flamers and volkite calivers, plus a phosphex discharger. Arms are available separately and allow you to outfit your Dreadnought to suit your playing style from a choice of ranged and close-combat weapons. 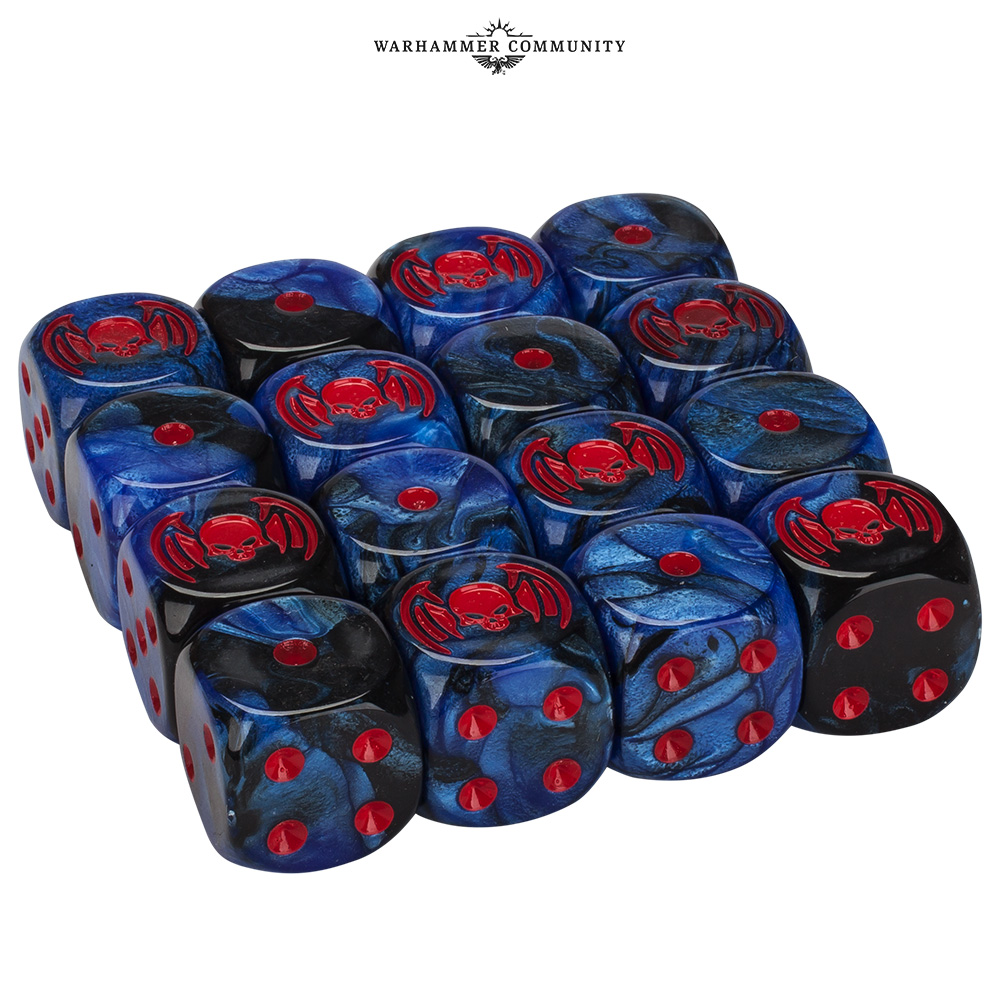 Finally, you can get a set of 16 dice in the blue-and-red of the Night Lords, with the Legion’s bat-winged skull icon in place of the 6 – perfect for showing your allegiance to the Night Haunter.