The Books for the Genesys Project... What will be available.

What will be available for the Genesys Project Kickstarter coming up in a few weeks? Lets take a look.


The Books of Genesys 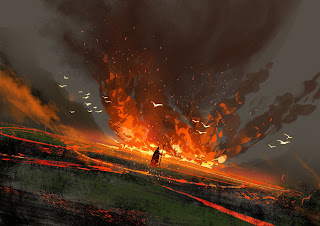 The Birth of Genesys- 1st Age
The 1st Age book has everything you need to create your own faction! This book is sitting at around 220 pages.

I know many of you were in the Open Beta for The Genesys Project where each domain was separated into their own books. So there is a difference on what exactly you will be seeing come out at launch. Instead of having each domain be a separate book..... there will be one book for all the domains in the 1st Age.

One of the primary reasons for this was that there are so many options to cross over from one book to another that it felt like we were forcing people to have a large collection of books just to work and advance their factions. Instead.... each Age will get their own book.

The 1st Age book is called The Birth of Genesys-1st Age. Inside all of the domains have their own section titled properly from the Beta...... "The Humanoid Primarius" for humanoids etc.

Domains: Within each domain section you will find everything you need to create your own faction. A Start Here which gives you the special creation rules for your domain as well as starting characteristics. Then we get to the traits and abilities, everything that you can select for your faction.

Also in each domain section are how to create your Unit Classes for your faction, as well as Battleplans, and other special rules that your faction may have and how they can access Magical Powers. Each domain has access to powers differently, from Faith Powers, Arcane Channeling, to much more.

Armory: Here weapons and equipment are detailed out. This is broken down into several groups of equipment.


Powers: Powers are part of the Fey Domain which lies outside of reality. Only through specific traits are powers accessible. Powers can be modified by advanced traits allowing additional attributes to be added them.. except for the Fey who can modify them during the game as needed. There are lots of powers here and we hope to expand this section through the Kickstarter launch.

Natural Weapons and Defenses: From claws to teeth, many of the domains have access to either parts or all of this section. The Biests and Insekt have the largest access, while its much more rare for humanoids. These are also largely customizable adding new attributes to gain strength, damage, skill bonuses and more.

Abilities: All the abilities available in the 1st Age are listed and detailed out here from all of the domains. 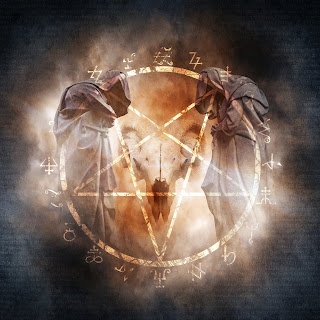 The Genesys Project- The Core Rules
This is the book detailing out how to play your games. One set of rules are used for all three Ages of Gameplay. This rule book is sitting at 96 pages.

How to Play the Game: All the rules you need to play the game with your faction are in these rules. Gameplay includes the normal game as well as the End Game (where it's possible to push the game into extra rounds if your command is high enough).
Inside you will learn about the alternating player turns through each game round, how to interrupt gameplay with a reactionary activation, movement and actions.

Game Set Up: How to set up a table for playing a game, including a scaling point value that determines what classes can be played. Here we also talk about terrain set up, Primary and Secondary Missions, and selecting your Battleplans when you create your army list for the game. In the Genesys Project you make your army list after you know your Primary Mission and what your opponent can possibly bring to the table (you get to see their faction sheets).

Mission Awards and Progression: When you succeed in your Primary Mission you get the award that is for that mission. It might be a advanced armory trait, get to create a new class, and more. Of course you also get progression points. Progression Points are what is used to advance you towards the next age of gameplay. These can also be spent for new traits and other advancements.

Pre-Made Factions: Here is a good selection of Pre-made factions that will be available. 2 of these are from our Create a Faction Campaign we did quite some time ago... slight altered to be kept up to date with this version of the rules.

Other factions will be a part of the Kickstarter Pledges...... There will be a select number of pledges that will get you an early version of the domain needed to create a faction that will go directly into the Core Rules!!!!!! Your background, your faction, and of course you name attached to it.

Just a huge reminder..... The Kickstarter Campaign is set for July 12th.

Find out More here on the Official Website
https://www.genesysgames.com/the-genesys-project