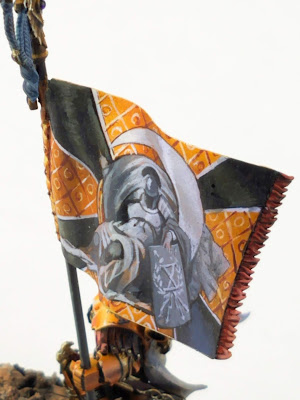 Holy Crap this is paint job is amazing. Sorry, just a little excited for this years charity offerings for the Nova Open Charitable Foundation. I had heard the talk of this.... had been discussing it months ago behind the scenes, but never imagined I would love the paint job on these guys so much. And this is just a PREVIEW!!!!! Incredible work and a must check out.

Most of you know that come to this site know that we very much support the Nova Open Charitable Foundation and that Ive been a part of it now for several years. This year is crazy good for the raffles, but I wanted to show off the 10th Anniversary army created this years raffles.

I am a couple days early with this... so please don't shoot the messenger...... I will make certain that we get this up on the first day as well when you can actually purchase tickets.

You can Win This Army!

I was given a preview.... and literally just cant wait to see this army in it's entirety!


Here is one of the first offerings..... a Preview...Aaaamazingly painted. I was told Orange..... I was like "OK". hmmm. Completely floored me when I saw this.

The Nova Fists.... custom Space Marine Chapter done for the Nova Open and played laid out to be played as the Imperial Fists.

This army is nuts. The Charity raffles start July 1st!!!! 2-days away 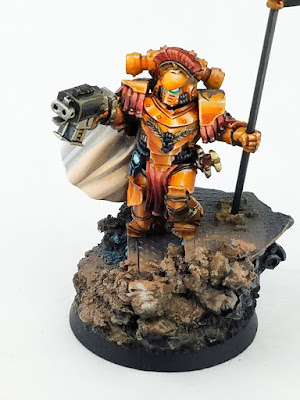 “NOVA FISTS” was a labor of love, created specifically to commemorate the 10th Anniversary of the NOVA Open Tabletop Wargaming Convention. Resplendent in NOVA Open Orange, this army is a sub-chapter of Imperial Fists and will play as Imperial Fists.

NOVA defined can mean something that grows in brightness or from a new star.  Both would apply to the NOVA fists chapter.  Embroiled in battle on the planet Arthas with the traitorous Death Guard, the Imperial fists we’re hit with waves of blasphemous filth.  First came the storm of blood that laid low the great majority of Imperial Fists.  Those that survived were unable to remove the red taint, forever staining their glorious armor orange.  Second came the banishment.

When Company Ancient Brandt slayed the enemy Demon Prince Kol-Dek, the psychic backlash was so great it cast every Imperial Fist left standing into the warp.  Eons later a bright light, or new star, broke forth from the darkness in the Obscura sector.  From this star came the remains of the NOVA Fists.  Now, slowly growing their numbers, they vow to keep their armor orange until the day they slay the Demon Prince Malek Vos and destroy the demon tainted planet of Arthos.  Only then will they return to their original yellow chapter colors.  Only then will they know they have avenged their brethren.

Join us in thanking Joe Johnson and his team, many of whom are veterans of the NOCF Artists’ Consortium and a few who are joining this eminent group of artists for the first time in 2019.
Painted by Joe Johnson, Erik Swinson , Evan Slagle (FTGT Painting), Joe White (Smooth Blend Studio), Kelly Freiborg, AJ Taflan, Valentin Melik (Dark Bunny Creatives), Shane Rozzell (Figure Painter Magazine), Drew Carrington (One Inch Heroes), and Pat Chambers. 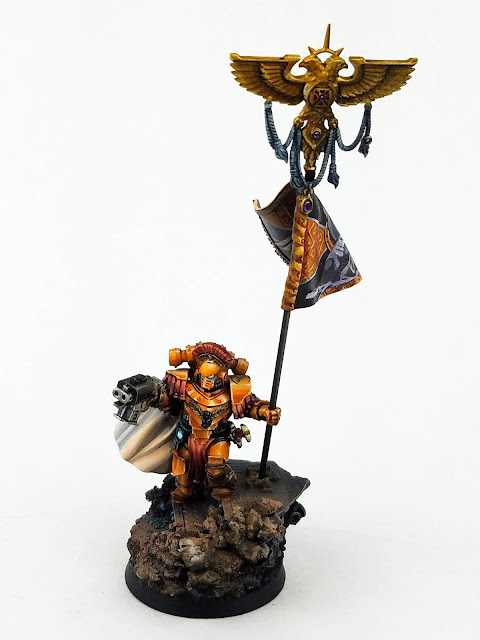 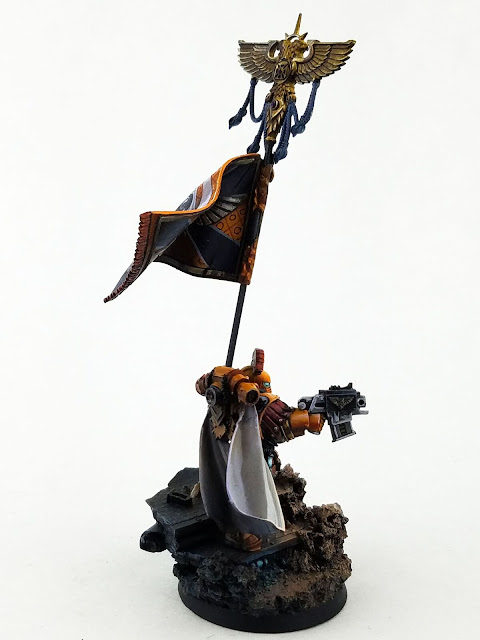 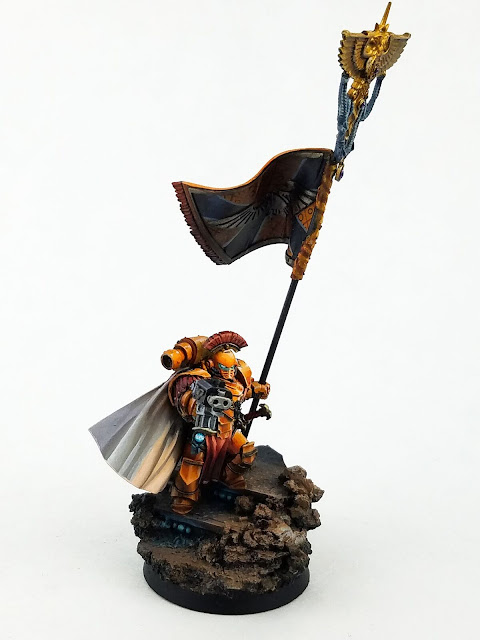 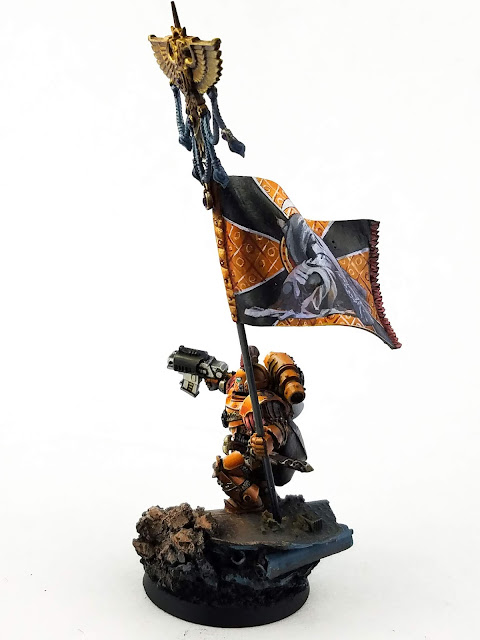