Cult Mechanicus- Canticles of the Omnissah 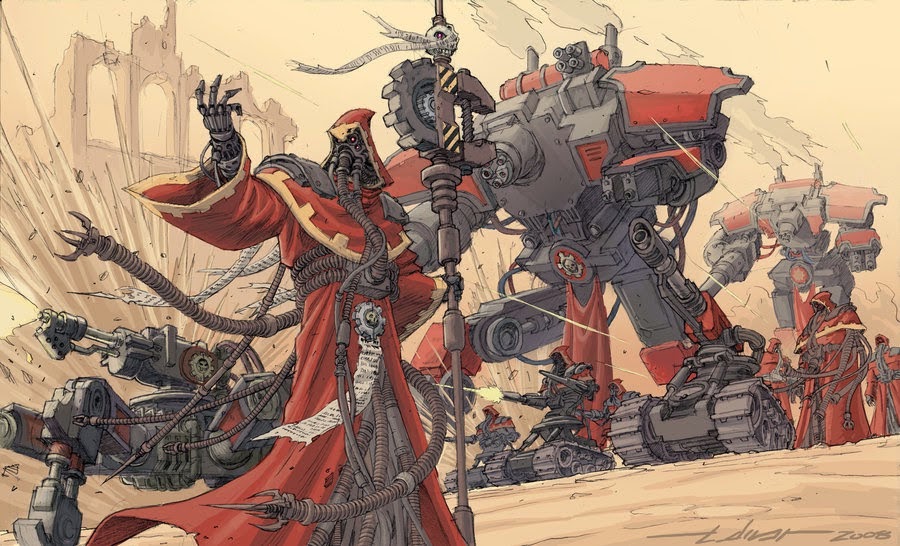 
Please remember these are rumors at this point. Although these are not very detailed, it gives us an idea of what to expect in the coming weeks.

via an anonymous source on Faeit 212
Canticles
Ok, they are an army wide special rule that gives a lot of flexibility each round to your CM army. Units with the rule gain benefits according the number of units with the rule on the table and are stronger the more units you have. There are 6 canticles and each one can only be used once per game. Benefits include cover bonus's, bonus's to strength, re-rolling failed attacks from either close combat or shooting, fearless, or creating extra hits in close combat. 8 units gives the strongest bonus 4-7 a medium bonus, and 1-3 a standard bonus.
5/01/2015
Natfka
40k, 7th Edition, Cult Mechanicus, Games Workshop, Gaming News, News Headlines, Rumors, Warhammer 40k