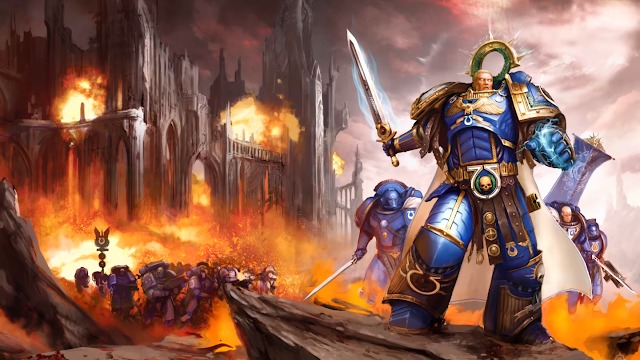 Its a little hard to read from the leaks we had yesterday, so its nice that a reader here translated his own copy for us. Huge plot line advancements. 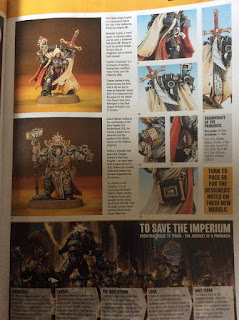 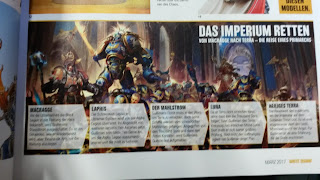 via a reader on Faeit 212
I can confirm some information about guilliman as i took a picture from the wd.
From left to right translated from german.

Macragge:
As the ultramarines fight the black legion in the fortress hera guillimans stasis is turned off. Yvraine tells him to never leave his armor, everything else about his ressurrection is a secret.

The maelstrom:
Guillimans fleet in caught in the warp by a maelstrom on its way to terra. Thousand sons and after that red korsairs stop his quest to reach terra for a while (another article later in th wd speaks about magnus showing up and having a chat with roboute which could lead to a fight).

Luna:
As papasmurf cant reach terra without the 1ksons following him he leads the now so called "terra crusade" (dont know where that name comes from but thats how its called in the article) to the terran moon luna. There he faces his greatest ordeal but even in all his hopelessness he has a plan.

Holy terra:
Homeworld of the imperium where empi sits on his throne. Its a world of stagnation, sorrowness, distrust and fear. For guilliman its a soul shattering experience. (Foreshadowing because of soul shattering).