Games Workshop Responds to PETA's Demands..... No Pelts from this point forward. 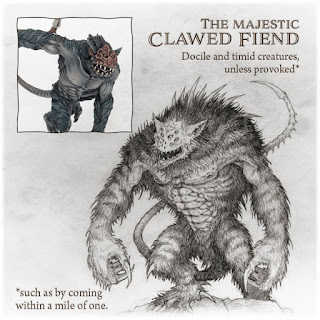 Games Workshop responded today in a rather hilarious commentary from the Regimental Standard. A very thoughtful and appropriate response in my opinion.

Not certain what we are talking about? PETA UK went a little off the deep end. It did however, very much unite a very splintered community against a new common foe.

Here is a link to their article.
http://natfka.blogspot.com/2017/01/petauk-sends-letter-to-gw-demanding-no.html
PETA UK
http://www.peta.org.uk/blog/peta-warhammer-fur-free/

As read on the Regimental Guard Facebook
Listen up, soldier. This is a serious business. Adorning your uniform with unsanitary furs and pelts is punishable by immediate flaying.

Fur the Emperor
Attention Guardsman, It has come to our attention that the more unscrupulous of you have been using the pelts, hides and even skins of fallen xenos beasts to supplement the warmth* afforded by your…

via the Regimental Standard.... Go there Now to read the article in it's entirety.
https://regimental-standard.com/2017/02/08/fur-the-emperor/

"It has come to our attention that the more unscrupulous of you have been using the pelts, hides and even skins of fallen xenos beasts to supplement the warmth* afforded by your combat fatigues. This is unacceptable."

"In the pursuit of victory and survival, and in the name of the Holy Emperor of Mankind, you will – of course – be required to engage in deadly combat with terrifying foes that may well be trying to flay you alive, but that’s no excuse to stoop to their level. When engaging such foes, you are permitted to undertake the following actions:

Shoot the foe. -blasting apart his body until nothing remains to threaten the sanctity of the Imperium.

Cut the foe. -use knives, swords and other implements to remove limbs and maim. Y

Crush the foe. - mash the foe’s bones and beat him to a bloody pulp.

What you may NOT do is wear any part of the foe. Not even if they are vicious Clawed Fiends, deadly Khymerae, or ferocious Squigs."

‘Be sound of mind or your argument is lost before it has begun’
2/08/2017
Natfka
News Headlines, Regimental Standard