ShapeShift Cases: Put to the Test 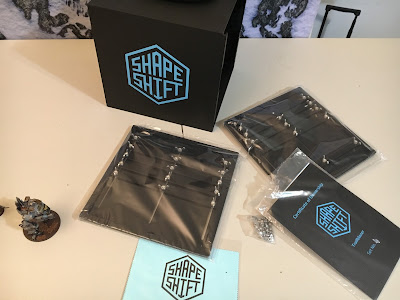 The new Shapeshift case from Phobos Foundry is a sharp looking case with lots of cool innovative features. It comes with a hefty price tag, so lets see what happens when Natfka puts this to the test.....

Warning...........
Do not watch all the videos if you cannot stand for things being dropped. I put this box to a test that I would not wish anyone's models to have to take.

First off, Phobos Foundry sent this case out to us here on Faeit 212 to test out and see what we think of it, so it suddenly became my job to see how this will work in the field. That means, over all impression, what I like about it, what did it hold, and how well does it hold up if something bad happens. 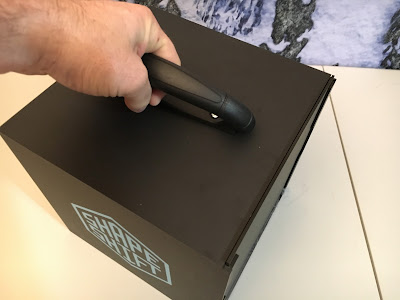 First Impression.
The first thing I though when I got the box, is that it was smaller than I thought it would be. Here is the size of it with a few models next to the box. 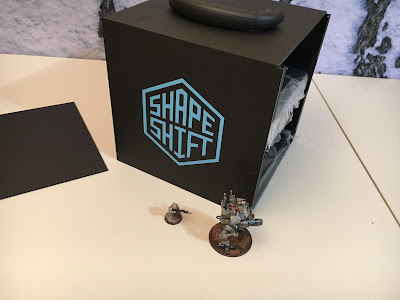 So this led to how much can it really hold. So I loaded up some trays with what I figured was the most delicate and hard to fit models I owned... my Steel Legion (metal) Sentinels. You see they are not on the newer bases, but on the older flat ones. So I wondered if they would fit with these and how they would hold.

It turns out they did great. Each bar very well held not only my sentinels, but anything I put in there. 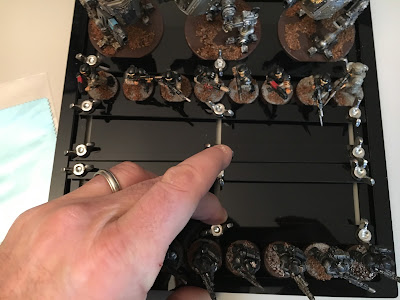 As you can see in the picture, you simply slide down the bar, hold it firm up against the base, and tighten the wing nuts. As you can see I was able to put 8 guardsmen in a row. So I loaded up the first tray, and a second. 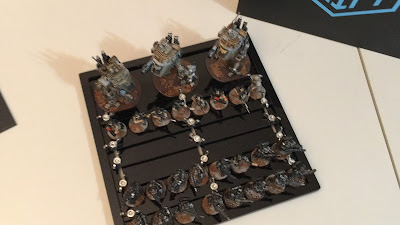 Here is what Phobos Foundry has lined up as information for their case.

via Phobos Foundry
One Matte-Black ShapeShift Case with Blue Logo and Three Slots for ShapeShift Trays
- Two Mirror-Black ShapeShift Trays, each equipped with 5 ShapeShift Sliders
- Stainless Steel Wingnuts for fastening Sliders (the practical option)
- Stainless Steel Hex Nuts for ​fastening Sliders (which look better on display)
- A numbered Trailblazer Certificate of Ownership​
- Owner's manual​
- "The Ultimate Guide to Assembling Miniatures - a Hobbyist's Compendium​"
- Only 249€ for the entire set (with VAT, shipping not included)

Lets take a look at how well these are staying on. I shook these like crazy and they did not come off. Overall I found that more fit on these trays than I originally thought would, and they held amazingly well.


So the trays I really enjoy. In fact not only do they hold down the models well, but the trays look amazing. I can easily see if you have some models you want to show off, that this is the tray for just that. Over all, they hold a large amount of models, and my dark eldar have over the years constantly broke due to foam issues. These models have pokey bits, and bent guns, broken guns have plagued me for years despite lots of different trays Ive tried. Any foam that those guns can poke into meant broken or damaged guns. These trays really solve this issue. 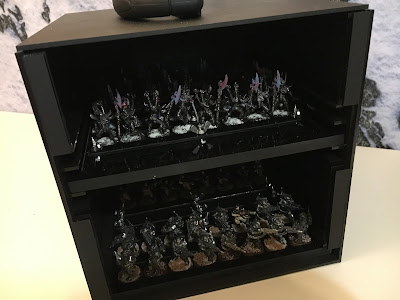 Now there are two options that come with the case for bolting down the models. The wing nuts (which I found to be a little problematic when loading the tray heavily) and some extra nuts. Of course a tool to do these bolts would be a huge benefit, thinking a long narrow screwdriver with an end to tighten the bolts without having to really reach down into your models. I think I have just the perfect screw driver. 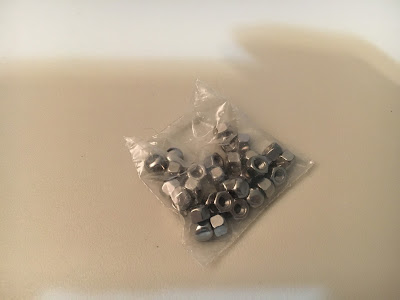 So what I did find with the wing nuts, is that they must be turned parrellel to the sides of the case, or they can sometimes prevent the tray from sliding in all the way. However without a tool the wing nuts are much the best choice to use to tighten up the models.

I do love the design of the trays, I would say the are in a class of their own. Dynamic, adjustable, well designed, and hold your models much better than I would of thought at first glance.

The box: The box itself gives you a lot of room for the trays. Those Sentinels really stood up well and taller models would of easily fit in this case. The look of it is also slick and the handle sturdy with no issues of it coming apart. My biggest concern though is exactly how it would do on a drop from the table. After all people walking by your stuff is often the biggest scare I have.

So I did do a drop test onto carpet, and the results were just about what I figured. Plastic infantry models with no real weight on them did amazingly well. Metal models however with the weight on them, had a couple breaks at the base. The biggest losers of course were the Sentinels. 2 out of 3 snapped at their ankles during the fall.

The box itself only had one bit of damage along a top seam that you can see in the pic. The drop is scary and I do not advise watching the video below, but instead just checking out the images. This was a 29" drop from my tables here in the studio. 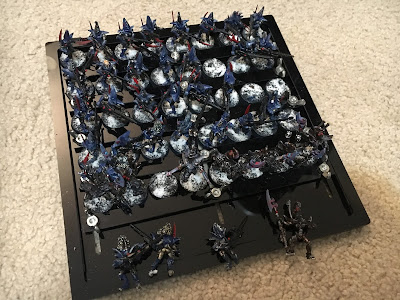 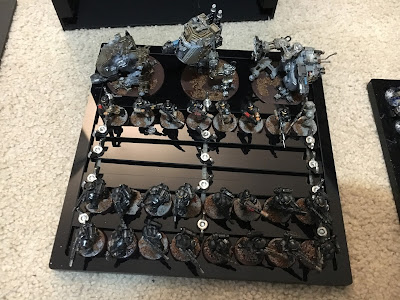 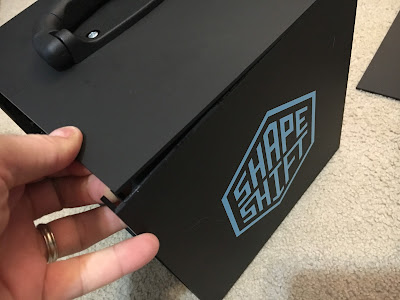 I did expect a lot worse. but overall they the trays, which are my favorite part of the these cases, did not come undone, or loose in any way.


So after all quick repair of the box (already done), I definitely will be using this case to showcase models.

Overall the Shapeshift case is quite beautiful, with an amazing design and follow through with the trays. In fact I will be using them this weekend when we set up multiple tables here in the studio to set up games, and for future events (like Nova). The box is also nice, and holds both trays well, but beware of drops onto floors. Normal banging around from transporting it will work just fine, even if the box is upside down. In fact after taking with me once, I enjoy the smaller size and capacity of it.