The Genesys Project and the Story of It's Creation 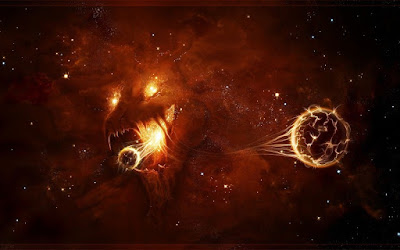 There are 5 Life Domains coming for the Genesys Project, each with 3 Ages of Strife that you can play your faction through. As these comes out, so to does the story of the Genesys Worlds and their creation.


The stories of the Genesys Worlds will become more and more evident as we release more Domains, and move them through the Ages. So lets take a look at the Humanoid Primarius Domain Book, where the Creator Races are introduced. Each Life Domain has it's own version which we will share a little bit here today.

The Great leviathan
As it is written in the Archives of the Historians;
When the creator race first reached Genesys, they discovered endless worlds rich with the elements of life, a treasure trove of systems not found in any known universe.

However, guarding these worlds was a serpent beyond proportion and scale, the Great Leviathan.
The massive Leviathan encircled the stars protecting its core worlds at the Creators approach. The ensuing battle was desperate, as the creators could no longer turn back. Systems were battered and entire worlds destroyed. When finally slain, those left to seed our worlds were few, the creators all but dead or left dying. They seeded the core worlds with the life of their last dying breath.

Today, the great leviathan’s bones along with the remnants of the broken worlds can be seen in our skies. They Orbit our sun just above our world in a great asteroid belt above the clouds.

Descendants of the Great Leviathan await there, and when these worlds are close enough that the two atmospheres overlap, the ancient war of our ancestors, our Gods, becomes our own.

Big battles, huge serpent, lots of death. check. The Creator Races were decimated in the battle, but they were not alone in their fight. For without aid, they would of most certainly perished.

Introducing the Fey Apocryphōrum, detailing out how the Fey came to the Genesys Worlds.

The Fey exist in Realms of Light and Darkness, their realms expanding and waning upon the tides of life and death. It was the first waves of death that brought the first of the Eternals to the Genesys Worlds out of the great depths of the Void.

The Creator Races had survived to reach Genesys, and when they arrived they discovered that a Great Serpent protected the worlds. The Serpent lashed out, destroying all that approached. In desperation and using forbidden knowledge, the wounded last remaining of the Creator Races reached out deep into the Ether, hoping for an answer, a call for salvation.

The tides of death around Genesys had caused the Eternals to stir to life. Theirs had been a long slumber and the tremendous loss of life was like a ripple across the cosmos that invigorated the Eternal Fey.

Suddenly a beacon shone through time and space, and at that moment the Fey were there, forevermore existing in all times, past, future, and present.

The call had been answered.

As you can tell, we are talking about the same epic battle, and that Creator Races faced complete destruction at the hands of the serpent. Using knowledge that had been forbidden, they reached out in desperation to the Fey. Knowing well the consequences and facing their own demise, they were left with no choice.

Reptilia: This now leads into the Reptilia. By now youve most likely figured out that the serpent was the mother to the Reptilia, and the Genesys Worlds were hers. She quite literally had her unhatched young already hidden on the worlds, and waited for them to hatch, jealously guarding her unborn young. When the Creator Races reached Genesys, her young were still immature, not fully formed. She lashed out to destroy the intruders, and in the end was slain as the fey suddenly appeared. Here decendants are now the Reptilia

Biest: The Biest's are thought to be offshoots of humanoids, and in many ways they are. The Creator Races were wiped out after their battle with the serpent, and their stores of genetic codes to seed the worlds with was mostly destroyed. Worse yet, some of it was damaged, and with none of the Creator Races surviving to aid in evolving their kin, the Biests were born into this world. Their bodies adapting fast, they fell to the wilds of the Genesys Worlds thrived.

Insekt: Unbeknownst to both the Creator Species and even the Serpent, deep in the shadows of the Genesys Worlds existed an ancient intelligence.

While the Creator Race found no existence of intelligent evolved species anywhere in Genesis, one did exist. It hid itself from the invaders and the great serpent, watching from the darkness, allowing those above to spread their spores from world to world. Underground beneath their footsteps, were massive underground fungal colonies

As the Genesys implantation of the worlds began, insects evolved at an increasingly rapid pace, becoming hosts and slavesto the Cordyceps Fungi. The Fungal Colonies grew and the insekta evolved, spreading across worlds with an insidious drive unparalleled to other emerging races.

Over time some Insekta threw off their hosts, and the weakest of the Fungal Colonies were destroyed. Others infected by their fungal host, remain bound to the will of the Cordyceps Fungi.

So there you have it. The beginning of the Genesys Worlds. Now its your turn. Create your faction and species, and take it through the Ages of Genesys. There is a lot to explore, and a lot to do. And of course with every beginning, there is an ending.

Not quite sure what we are talking about?
The Genesys Project is currently in Open Beta, and the Fey are the next release. You can find out more, or even get your free product key to jump in and read the rules for the beta at http://www.thegenesysproject.com/ 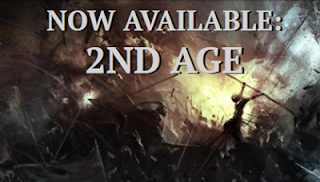