Fey Previews Start Next Week: Features and a New Create a Faction Contest 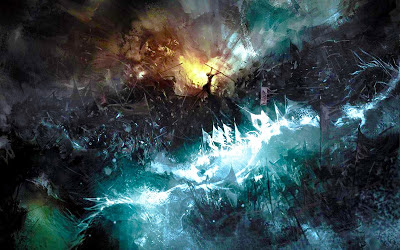 Next week we will be preparing everyone that is in the Genesys Project beta for the Fey release by doing a series of previews (in the newsletters only). The Fey live outside of reality and encompass everything from Demons, Angels, The Primal Elementals and everything in between. Even more exciting for many are the crossover factions, like the Undead or Outcasts. Undead are those seeking humanoid factions seeking immortality through death (think liches, and skeletal armies), while the Outcasts are Fey that have left or been cast out of the heavens living in the real world. (think elves or their type of kin).


The previews will be on the newsletters only, as we are starting to look for feedback, on how the Fey are aligned and work within the Genesys Game System.

Remember that The Genesys Project does some unique things, like creating your own faction and campaigning through gameplay to progress your faction forward from Age to Age. You can play your faction in an age you desire, or start it from the beginning and play it through to create your own unique story and background.

Then there is gameplay, where both sides play make their list after the mission has been selected and your sitting down with your opponent. This ensures that both players bring their best to complete their mission with an idea of who their opponent may be. A huge balancing factor in game play is not getting mission screwed, or terrain screwed, since table and mission are declared before you finalize your list.

Then there is the back and forth game play during a round, where activation's can be countered, and taking command of the battlefield really does matter. Commanders determine how many squads can activate during a single player turn, and if you are able to steal away the initiative during gameplay.

These are just a few of the things that make the game a ton of fun, to create your faction and play through.

Starting the second week in March, we will be doing our second Create a Faction Contest. This will be for the Fey.


Remember that for these previews will be tied into our newsletters. So if you are not signed up, you can still do so.