The Fall of the Emperor, Rise of Guilliman 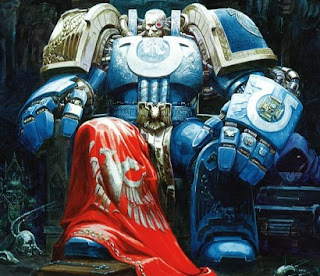 Here are some rumors that were posted here, although I have not been able to locate their source.

So if anyone has some good intel on this, a lot of this is following along with what some people are saying behind closed doors. So is this the fate of the Imperium?


Thanks ChosenOne for posting up here. Hopefully with some of this out, others will feel ready to reveal, and we can get down to figuring out these possible huge advances in the storyline

via chosenOne2527
so Guilliman revives, heads to terra and speaks with the custodes, gets angry at them for how the situation is in the imperium and ends up with his fathers sword to lead the fight against chaos. meanwhile cypher kills abbadon and a demon prince primarch; mortarion somehow ends up leads the forces of chaos instead? has anyone else read this rumor somewhere?

I dont know where I saw this rumor at, i honestly saw it and ive been searching and searching for it again, i seriously should have screenshot it. I remember reading that Guilliman goes to terra and is upset with the custodes especially since they are just always locked up in the golden throne with the emperor oblivious to everything going on around them and that hes upset that they are still keeping him alive so he banishes the custodes so that he can speak with the emperor by himself, and that he is given the flaming sword. This made sense to me because if the custodes no longer have to be confined to the golden throne and Guilliman becomes the new emperor per se, the custodes can become closer to an actual faction as they are out in the galaxy following Guilliman on the new age crusade etc.

Also once cypher kills abaddon, demon primarchs emerge from the expanding warp and motarion is leading the crusade now along with fulgrim. However i just dont see how they can kill Abbaddon, it seems very off to me.