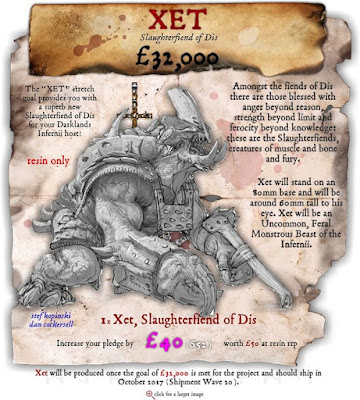 
Check out this out, and head on over to see even more before this Kickstarter ends.


Latest Update
Kerazek is unlocked and so it's time for another sorcerer on horseback... this time for the Fomoraic, who gain Maari the lovely Reiver Witch on Reiver Horse - set at £42,500 to unlock!

Maari is a Reiver Witch, a sorcerer of the Fomoraic as well as a strong warrior in her own right, wielding a Staff of the Ice and a war cleaver to take the fight to the enemy - and now riding upon a superb Reiver Horse for added mobility.

Maari will stand around 50mm to the eye on a 50mm base and is an Uncommon, Wild Warchief of the Fomoraic.

Maari was once a Melusine, a beautiful and beguiling warrior of the Ysians, until the power of Baalor turned her to his influence. Even though her days as a siren are gone, she still prefers to fight as she once did for the skills she learned stand her in good stead under the Eye.

Saairen Maari is strictly project exclusive and will only be available for a short time after this project ends. Increase your pledge by £20 (metal) or £30 (resin) to purchase Saairen Maari! 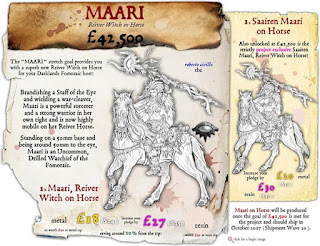 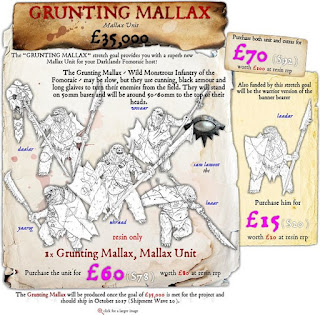 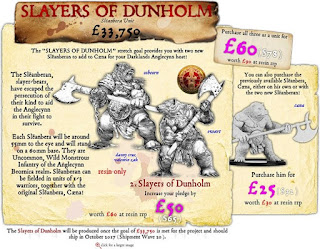 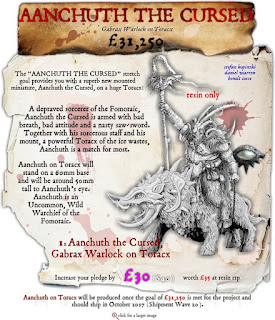 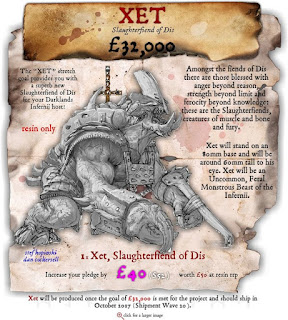