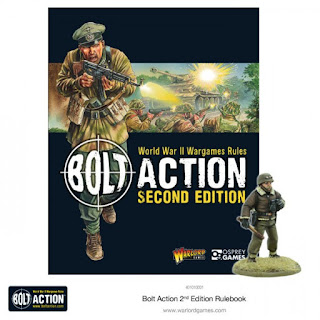 Bolt Action 2nd Edition rulebooks sold out of their wave, and have shipped. No worries though, there are still more coming.

A HUGE THANK YOU!
We’ve Sold Out of the first wave of the BA 2nd Ed. Hardback rules! A huge Thank You from John and All the Warlord Team!

In addition we are now beginning to prepare all orders including Band of Brothers box sets placed after the 5th September and we expect them to be shipped out between the 16th September and the following week.

With such a phenomenal response form everyone we’ve sold out of the Bolt Action 2nd Ed. Hardback rules! Have no fear as the Pre-Order Wave 2 allocation is now underway – get your rulebook order in today for shipping mid October:
http://store.warlordgames.com/products/bolt-action-2-rulebook