What's On Your Table: Sector Mechanicus Board for Killteam 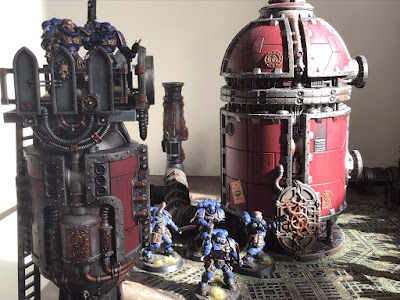 What's On Your Table: To submit your work, please send up to 8 pics or short video to natfka@live.com

I am a regular reader on your site and have thoroughly enjoyed the ‘what’s on your table’ section in particular as it always seems to have a nice variety of work and the comments are generally very useful and supportive (something that I consider increasingly rare on the internet these days).

I was surprised to read that you have very few things to post for the section at the moment and had been debating for a while whether to send anything myself so decided to take the leap today and share my work. Attached.


So this is my sector mechanicus board for Killteam. I loved the scenery when it was first released but couldn’t justify purchasing it as I am mainly a painter and collector and don’t really game very much. So when killteam was released which also allowed me to paint a variety of different factions I jumped on it.

The first squad I painted was the Astra Militarum squad which I knocked out in a weekend and then I got the bug and decided to do some deathguard from the warhammer magazines which I supplimented with some pox walkers. I then did the same with some primaris (which I haven’t completed all the edge highlighting for). Having a fairly large ultramarine 40k collection- my interest began to wain so I got the mechanicus box set which I have only done two of so far.

The board has taken around 6 months on and off and includes a few extra sets including the 40k objective markers as well as the ruins that come with the Admech killteam squad. I certainly could have done the board quicker but decided to paint every little bit. I have even go so far to include some propaganda posters scattered about from some images I found on the internet.

Next plan is to finish the admech and then replace the card base board with a proper 3D modelled one. I have also had an issue with my spray varnish that I wanted to use to seal the weathering powders (because they go everywhere!) but it ended up frosting. Any suggestions on how to fix this would be welcomed. Ill have more stuff to show soon.

Keep up the good work and I hope you enjoy. 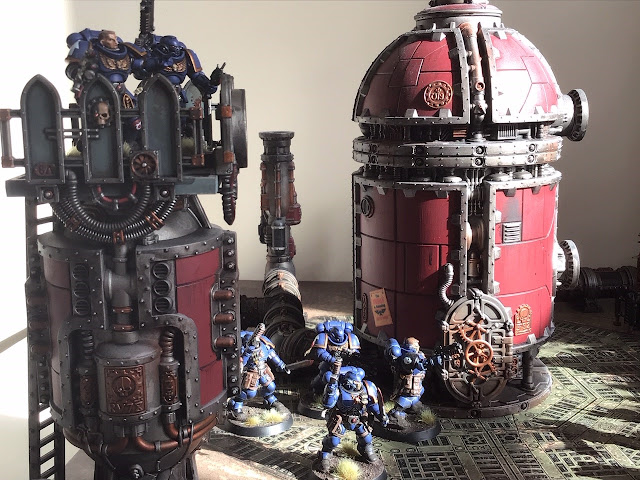 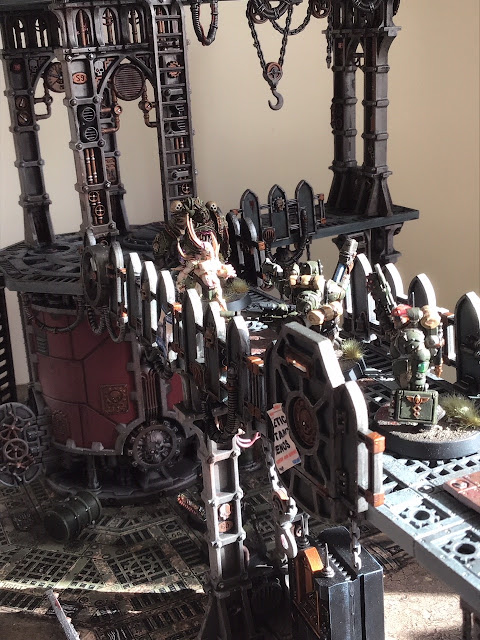 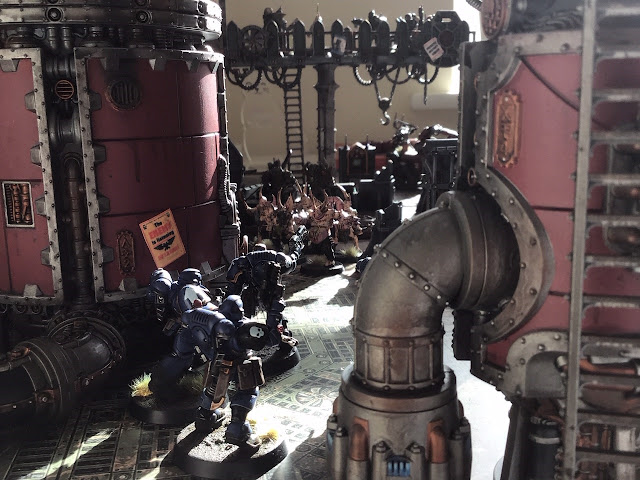 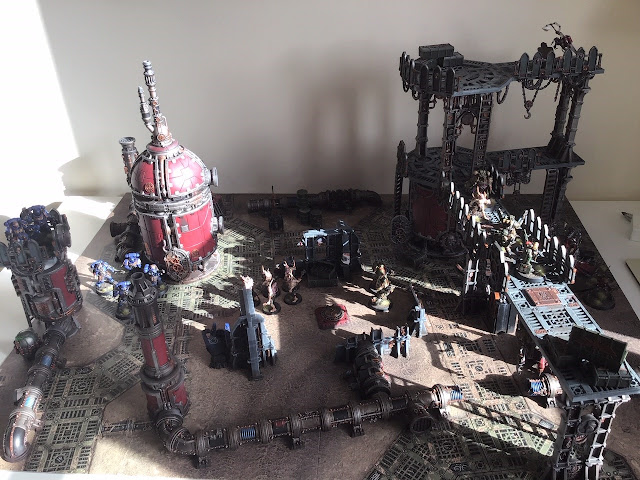 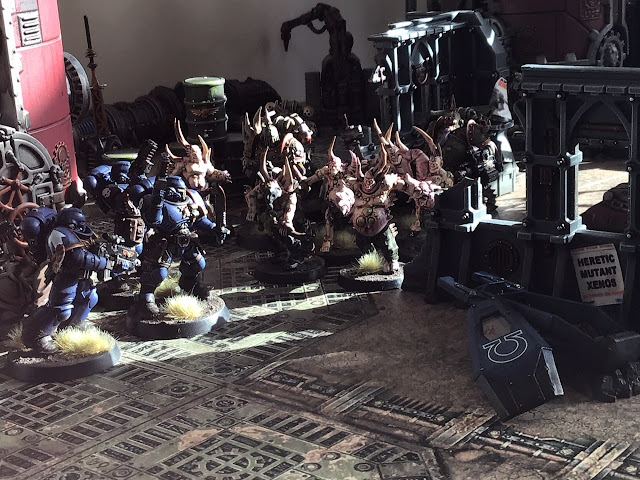 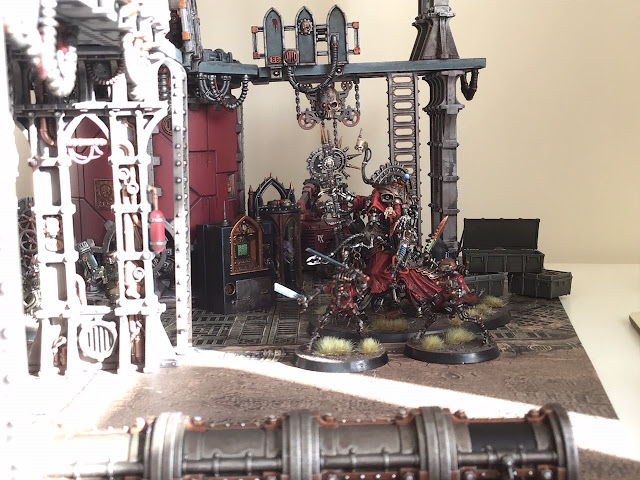 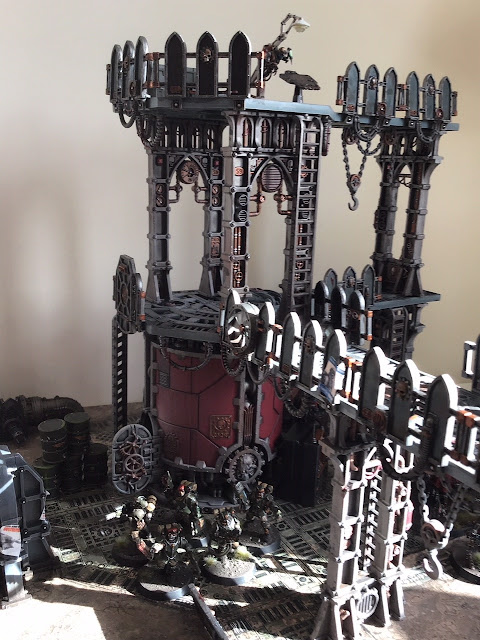