A Closer Look at New Necromunda Releases.... The Book of Peril 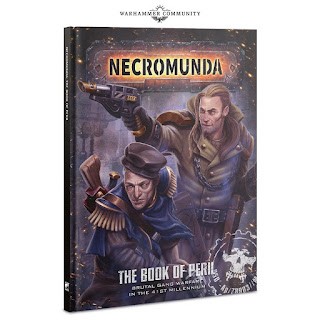 A closer look at the two new Bounty Hunters coming to Necromunda and the Book of Peril, coming to pre-orders this weekend.

via the Warhammer Community
https://www.warhammer-community.com/2019/05/21/necromunda-a-guide-to-kal-scabsfw-homepage-post-3/

Kal Jericho and Scabs are returning to the underhive soon. Today, we’re taking a look at who they are and what they can bring to your games of Necromunda. 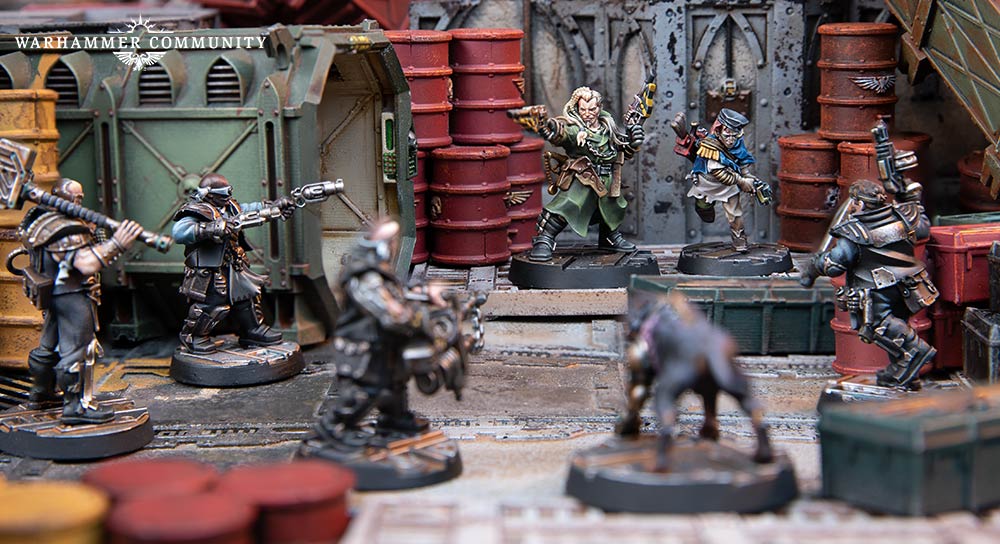 The Bounty Hunter Kal Jericho is a rogue and swashbuckler – he has yet to find a situation that he can’t talk himself out of, or failing that, blast his way clear from, with his pair of master-crafted hotshot laspistols. Renowned for the luck that has seen him swagger away from attacks that should have killed him, Kal can be hired by anyone that can afford it. Of course, Kal Jericho doesn’t come cheap (it costs a lot to look that good in the underhive) but he brings with him some unique abilities that any gang is going to find useful. 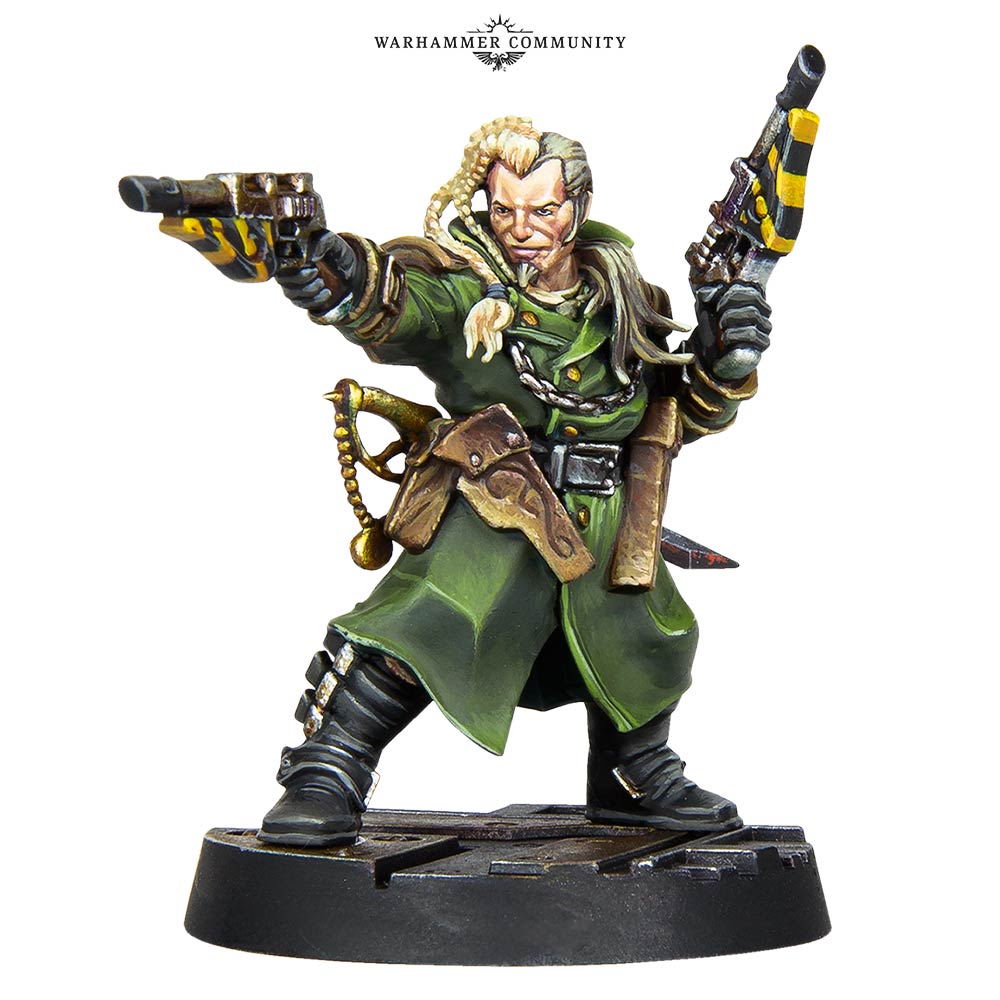 On the tabletop, a combination of a 2+ Ballistic Skill, the Gunfighter skill and those twin laspistols mean that enemies won’t want to get too close to Kal.

Even if someone gets Kal dead to rights, he’s more likely to just flash that smile of his and dodge away than he is to actually take any damage. 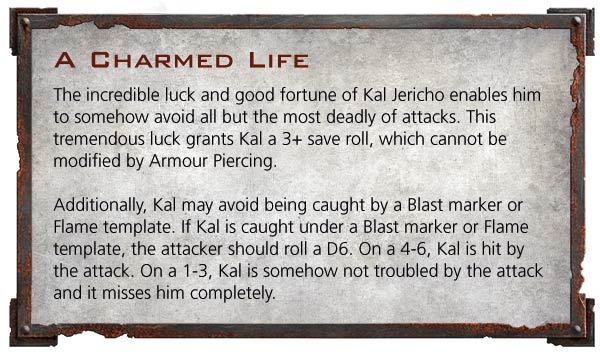 Unfailingly loyal, Scabs is Kal’s long-suffering sidekick, always trying (and often failing) to temper Kal’s wild streak with a healthy dose of caution. Thanks to his association with Kal, Scabs’ own reputation had grown and he will often find his talents in demand, especially when Kal mysteriously disappears on his own for weeks at a time. Many a gang has found his abilities to navigate across the Badzones or to track down foes through the underhive invaluable. 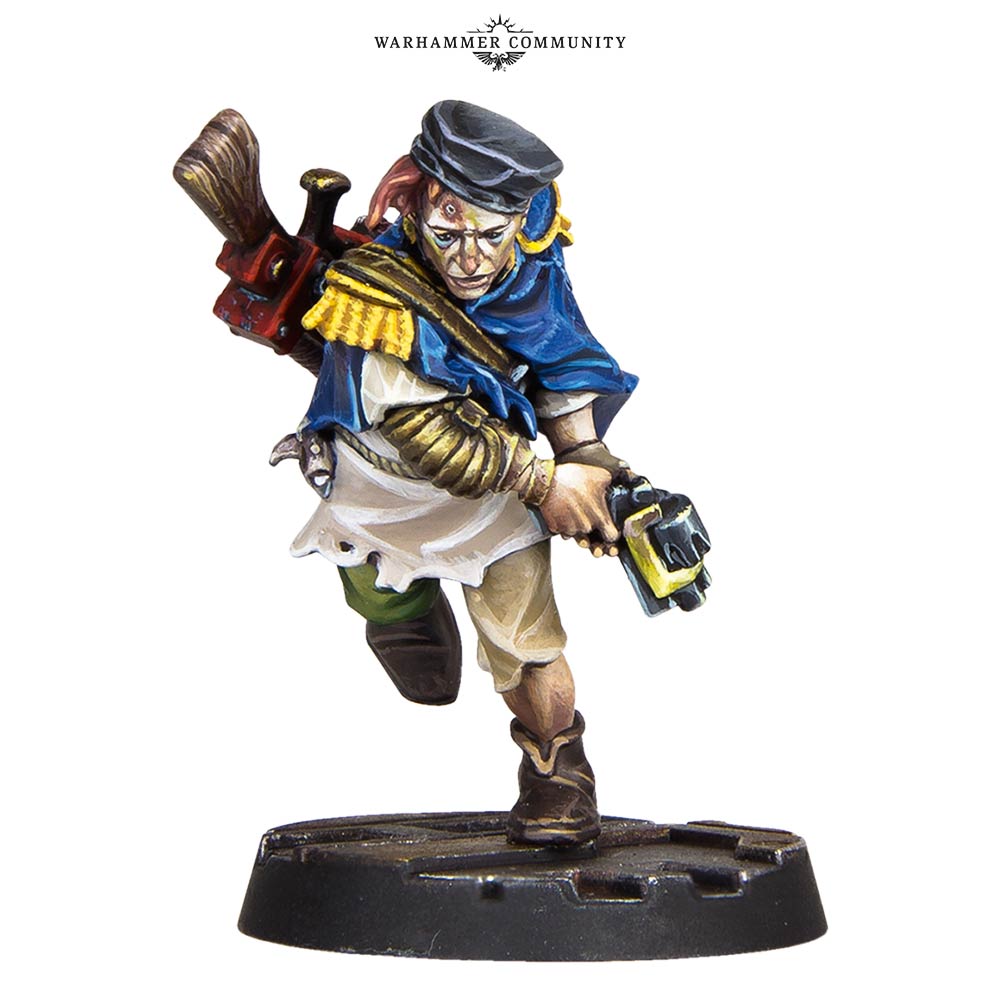 In games of Necromunda, Scabs’ Ratskin heritage is represented by his skills, with Infiltrate being especially useful to get him into position with his plasma gun.

Of course, Scabs is more likely to be seen alongside Kal and he’s cheaper to hire if a gang has already shelled out for the living legend.

These models are brand-new plastic sculpts, showing Kal at his dashing best while Scabs races to support him with his stub gun. 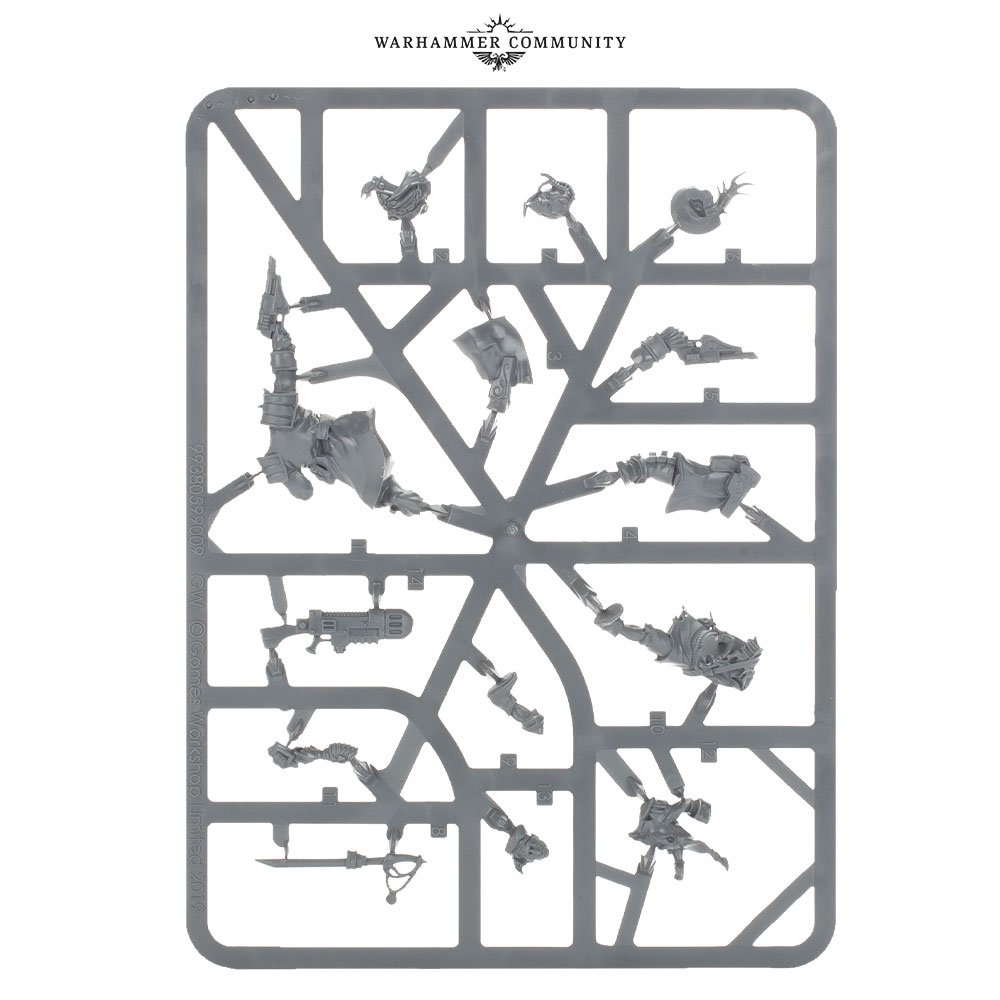 Kal Jericho and Scabs are available to pre-order from Saturday, along with The Book of Peril, which contains rules for using them in your games. 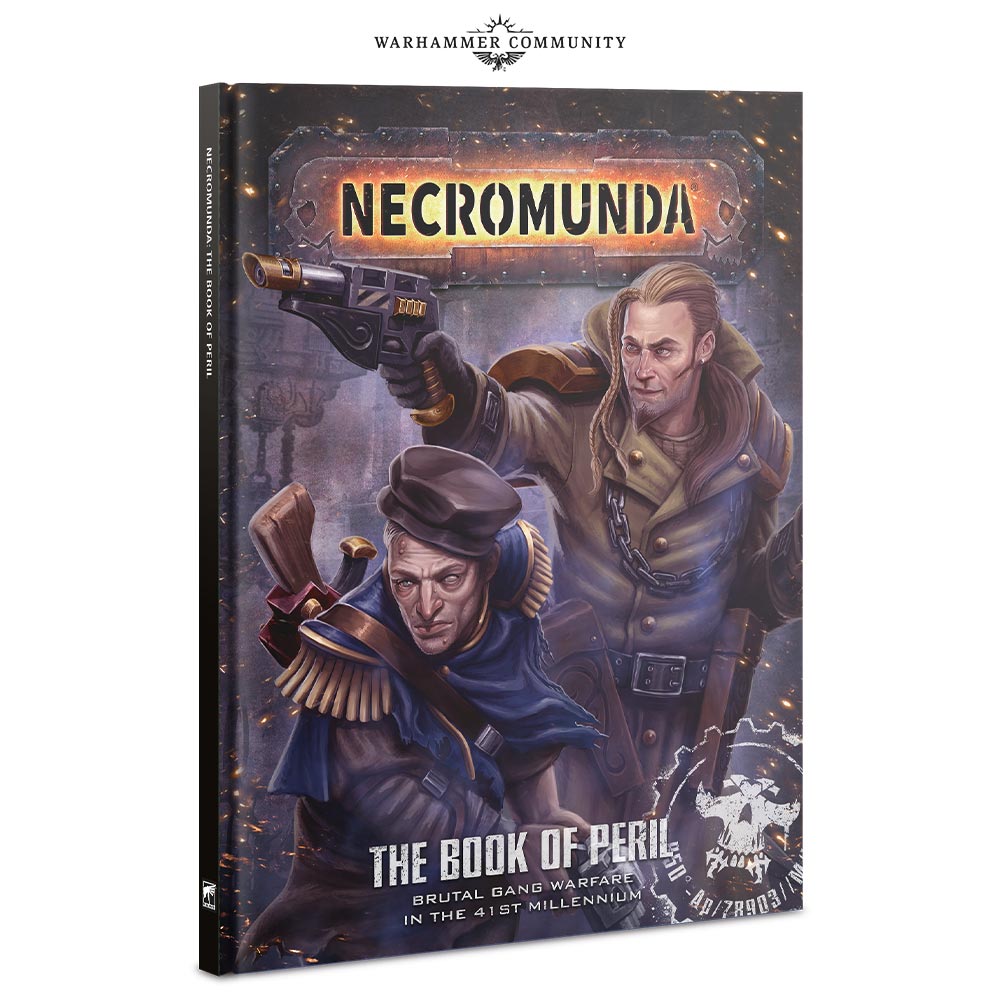 This hardback book also contains a full guide to fighting in the Badzones, running a Venator Bounty Hunter Gang and rules for forming an alliance with one of the Necromunda Guilds. 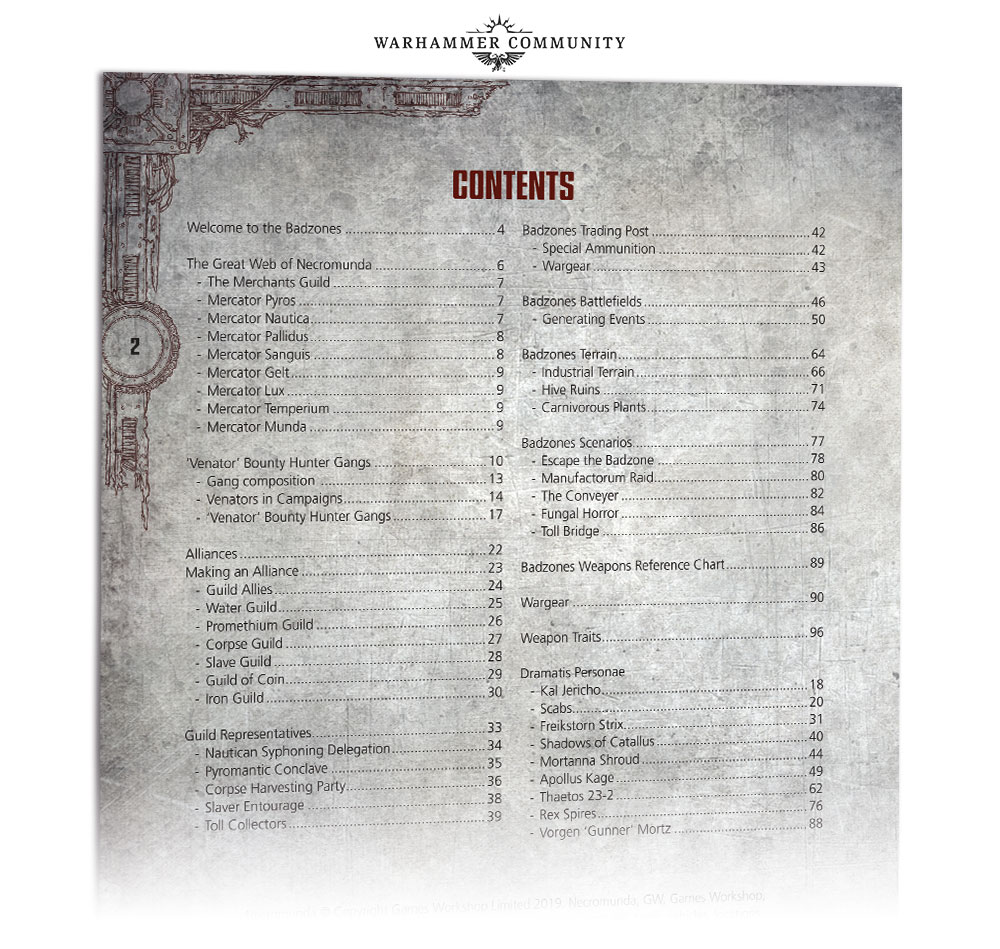