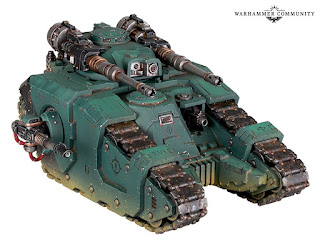 This is such an awesome tank and soon, it will be seen in many peoples armies of both Space Marines and Chaos Space Marines for both the Horus Heresy and Warhammer 40,000. Lets take a look at what was shown today.
I don't think I have been ever as excited for the Horus Heresy like I am now.
via WarCom
https://www.warhammer-community.com/2022/05/12/heresy-thursday-the-plastic-sicaran-speeds-into-action/

Beyond the giant autocannon, this new plastic kit comes with more weapons than you can shake a stick at.* You can choose from heavy bolters, lascannons, heavy flamers, or volkite culverins as sponson weapons, and there is a choice of combi-weapons, a havoc launcher, a multi-melta, a heavy bolter, or a heavy flamer as a pintle-mounted weapon.
With so many options, you can build the tank of your dreams to start blasting your way through the [deluded followers of the Warmaster/mewling lackeys of the Emperor]** in no time. What’s more, you’ll also be able to use the new Sicaran in your games of Warhammer 40,000. It already has a profile, which can be found on Warhammer 40,000: The App, and it can be deployed both by loyalist Space Marines and Chaos Space Marines. 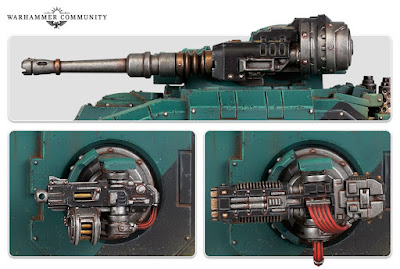