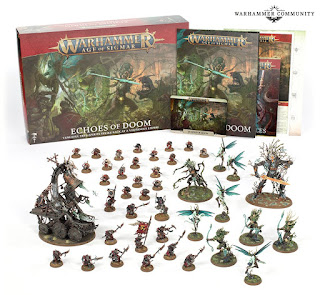 There is quite a bit coming out next Saturday starting with the new boxset Echoes of Doom and in 40k, a new Combat Patrol boxset for the Adeptus Custodes. Look further down for as we see

via WarCom
Link
AGE OF SIGMAR
Echoes of Doom 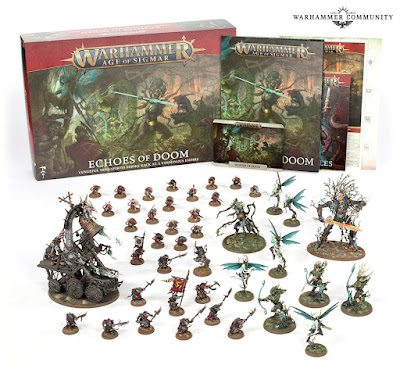 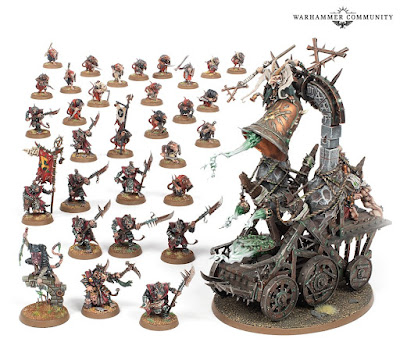 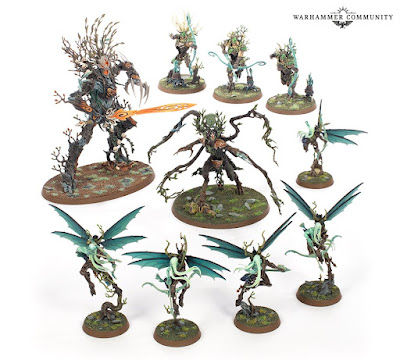 Along with 42 plastic miniatures, the Echoes of Doom boxed set includes a book filled with narrative info, new rules for fighting in the Realm of Fire, and battleplans that follow the Sylvaneth’s quest to hunt down the ratmen. There are also warscroll cards for the units in the box, and tokens to help you easily keep track of abilities in the heat of battle. 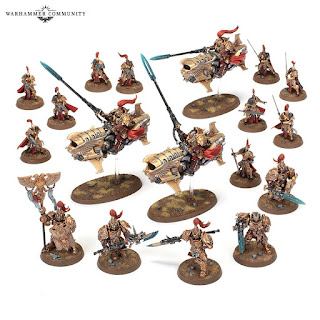 Inside the box you’ll find three swift and deadly Vertus Praetors, as well as a five-man squad of Custodian Guard – powerful warriors blessed by the God-Emperor himself. These kits come with a variety of weapon options, and parts to build one warrior from each squad as a mighty Shield-Captain, and build one Custodian Guard as a standard-bearing Vexilus Praetor. Rounding out the box are 10 Sisters of Silence, the galaxy’s premier psyker hunters, who can be assembled as Witchseekers, Vigilators, or Prosecutors.
Adeptus Custodes – Blade Champion
available on his own for the first time 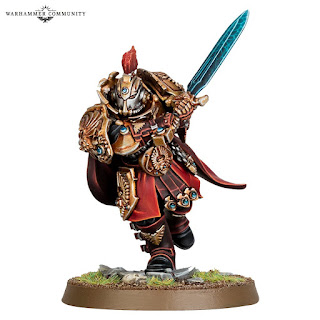 The model includes three different heads, allowing you to choose between flocking locks or a stern helm. 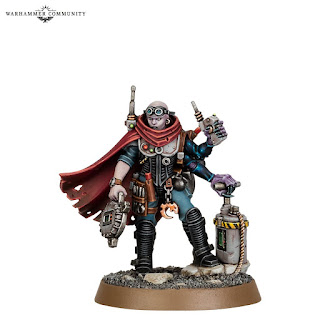 The model comes with a choice of two heads, one of them heavily-scarred – handle explosives with care! 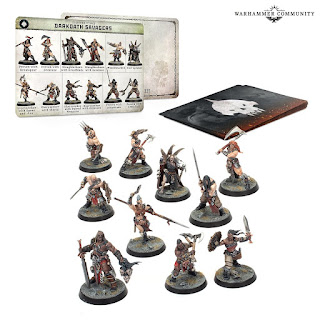 The saga-seeking Darkoath Savagers arrived in the Eightpoints with the Red Harvest boxed set, and are now available separately for the first time. This warband cares only for strength and honour – the kit builds 10 warriors rocking the barbarian chic look, with a wide range of weapons, heads, and accessories. It also comes with an ability card and a full set of fighter cards, letting you get stuck right in with taking names (and heads). 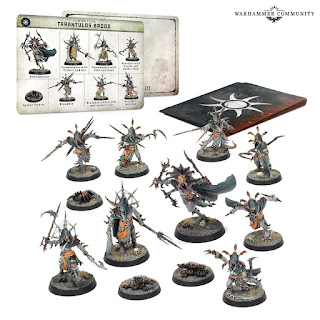 Also skittering out of the varanite mines of Red Harvest are the spider-worshipping Tarantulos Brood. This kit builds a warband of 10 unsettling cultists with a variety of weapons and arachnid accoutrements, plus three skittering spider swarms. The box also includes an ability card and fighter cards, allowing you to trap enemies in your tangled web right away.
Both the Darkoath Savagers and Tarantulos Brood can also be used in games of Warhammer Age of Sigmar, as part of a Slaves to Darkness army – check out the free warscroll. 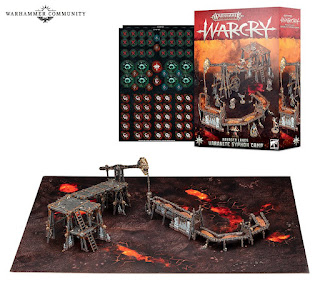 You can arrange the terrain in these modular kits however you want, and even combine both sets to build a sprawling tabletop mining complex for your games of Warcry or Warhammer Age of Sigmar. Both boxes also come with a double-sided gaming board, as well as a full set of tokens for keeping track of objectives, wounds, activations, and more.