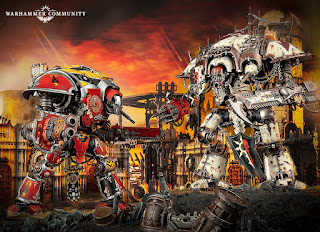 A preview of the new codexes and their rules for playing Crusade games.
via WarCom
https://www.warhammer-community.com/2022/05/03/imperial-and-chaos-knights-have-wildly-different-ideas-about-quests-and-crusades/

this Saturday’s Codex: Imperial Knights, as well as Codex: Chaos Knights – which will also be available on Saturday as part of the Chaos Knights Army Set – each feature ways to win glory and gifts during Crusade campaigns.

Imperial Knights
For the Imperials, honour demands completing Knightly Deeds while keeping true to the Code Chivalric.
– the codex contains six – completing this Knightly Deed is key to their Quest. No self-respecting Noble would return from a Crusade without seeing it through. 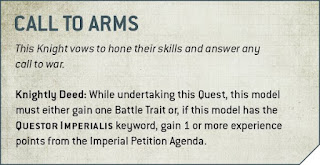 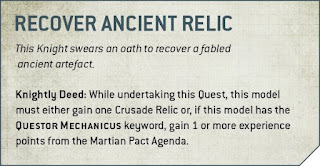 Finishing Quests earns powerful Qualities, permanent upgrades which – much like your Bondsman and Exalted Court abilities – become even stronger while the army is Honoured or Virtuous. 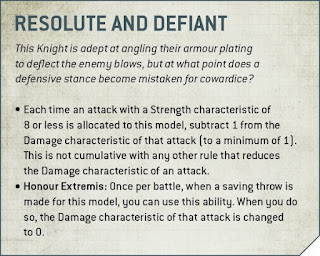 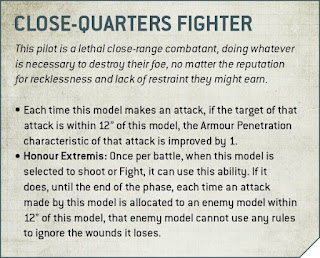 Chaos Knights
win or lose – a DAMNED Knight who slaughtered enough enemy units will draw the gaze of the Ruinous Powers and gain a Damnation point. Much like the Favours of the Dark Gods, bigger Knights will need a bigger tally of kills to prove worthy of divine attention.
Each time you earn three Damnation points, your corrupt questant will sink into the next Circle of Damnation. 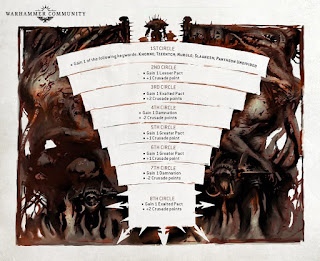 With each step down the Eightfold Path, your DAMNED Knight forges fresh Pacts with their hellish patrons. These rewards come in three sizes, and range from a Living Hull of bloated, regenerating armour to an unnatural shroud of Darkness, Despair, and Doom befitting a true Dreadlord. 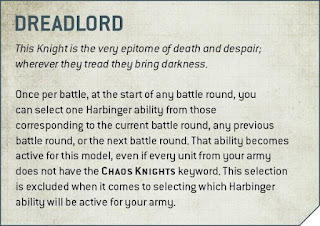