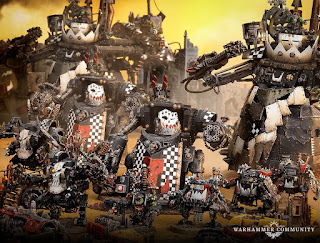 Ork vehicles are always a mainstay of what draws people to play and collect the Orks for Warhammer 40k. Lets take a look at their rules for the new upcoming codex!
via WarCom
https://www.warhammer-community.com/2021/07/16/keep-on-trukkin-ork-vehicles-are-tougher-and-weirder-than-ever-in-the-new-codex/

First up, the Ramshackle rule is changing. Under the previous rules, it allowed Trukks to shrug off a bit of damage every so often as shots ricochet off useless bits the Orks bolted to make the rig look more killy – a handy rule in a pinch. Now pretty much every Ork vehicle now counts as Ramshackle, which means that any shot of Strength 7 or less does one less damage. That’s a major boost to survivability all around, and it even applies to Killa Kans and Mek Gunz. 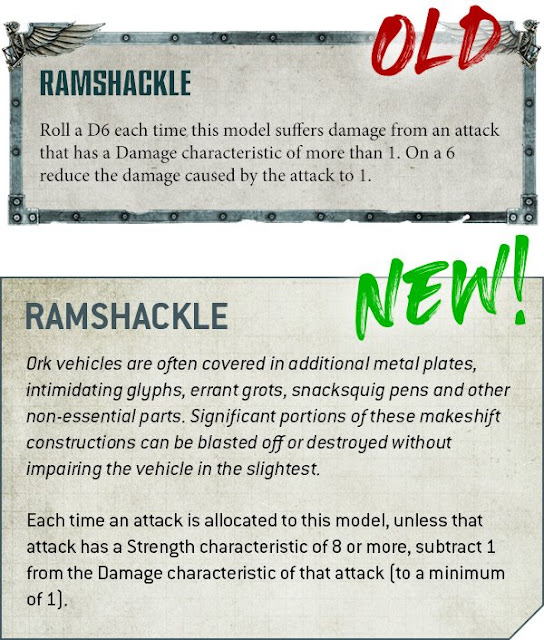 Not every vehicle counts as Ramshackle, however. Stompas, Gorkanauts, and Morkanauts are obviously all too precision-engineered. Don’t worry, though – they’re improving in plenty of other ways.
It’s now much easier to fit a mighty Stompa into your force thanks to their new Power rating, which drops from 46 to 34 (a drop of 175 in points terms, to 675). That cost is even more efficient when you factor in the new Dakka weapons rules, which boost the Stompa’s killing power.

Gorkanauts and Morkanauts have meanwhile bulked up, moving from 18 Wounds to a much more appropriate 24, while their Klaw of Gork (or possibly Mork) now does a full 6 Damage in close combat rather than D6. But all these improvements have pushed them up a weight category, and they’ve both now become Lords of War instead of Heavy Support.

And let’s not forget about the Speedwaaagh! rule we revealed on Tuesday, a new special ability your Speedboss can use to galvanise bikers and vehicles into crazier manoeuvres and, well, extra dakka. When a Speedwaaagh! is called, vehicle-mounted Assault weapons lose penalties for advancing and firing, and Dakka weapons get yet another extra shot

With their increased durability across the board, an all-vehicle Ork army is looking even more exciting all of a sudden. A perfect excuse, in other words, to investigate a few of the ladz’ latest rides, the Kill Rig and Hunta Rig. 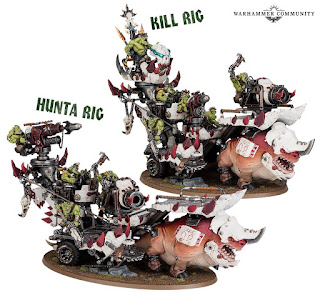 We were introduced to these preposterous contraptions during last week’s massive Octarius Mission Briefing preview. Effectively Wurrboy pulpits bristling with heavy weaponry and able to transport a mob of ornery boyz, Rigs pulled by gigantic, slavering Tramplasquigs are the Beast Snaggas’ preferred runaround – even though there are clearly bits falling off all the time.

Speaking of Beast Snaggas, the incoming Beast Snagga Orks Army Box is so close we can practically smell it (and oh boy what a smell). That fantastic box is the only place – for now – that you can get your hands on the new codex, with special edition cover art to boot. The set also contains 26 brilliant new Beast Snagga miniatures including the wily old Runtherd Zodgrod Wartsnagga, as well as a brand new deck of Ork reference and datacards.