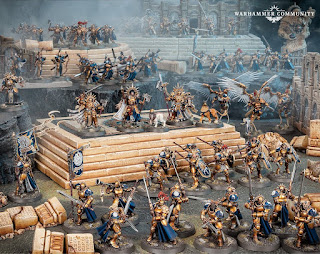 With their new book incoming Stormcasts are declared as getting their best Battletome ever from Games Workshop. Lets see why.
via WarCom
You can represent this in-game by deciding if your army is a Scions of the Storm force – the thunderbolt-riding warriors we all know and love – or a more defensive Stormkeep army. 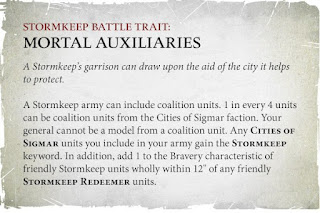 Stormkeep armies excel at defending objectives. When enemy forces attempt to wrestle control of territory from Sigmar’s mightiest, you can use their momentum* to punish them with vengeful fury. 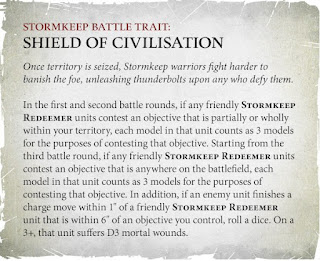 Stormcast Eternal Heroes who command these armies are not to be trifled with either, bellowing out commands that rouse warriors to great acts of valour. One such order comes in the form of an old favourite, Staunch Defender, which is now all about dispensing justice to those who dare to try to challenge Sigmar’s might. 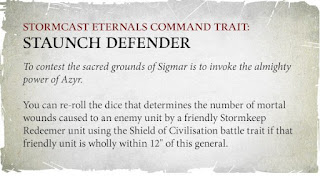 Stormkeep armies may also call upon the aid of Krondys, Son of Dracothian, or his moodier brother, Karazai the Scarred. Woe betide any attacking force that’s unlucky enough to fall under the baleful eye of these magnificent creatures. 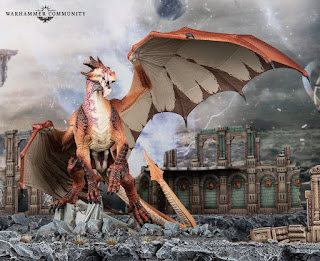 Karazai, in particular, is a whirlwind of annihilation, becoming stronger as he takes down Heroes and Monsters. 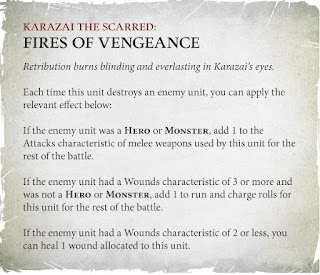