What is coming to the New Kill Team 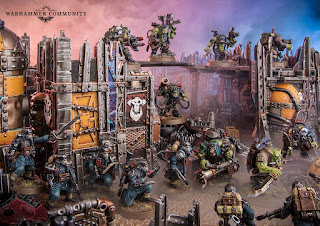 This all looks good in my eyes. We will see when we know more. I am hoping the Kill Team rules are close to 40k, not completely separate.
via WarCom
https://www.warhammer-community.com/2021/07/13/5-things-you-need-to-know-about-the-new-totally-rebuilt-kill-team/
ALL NEW SKIRMISH RULES

We really mean it when we say Kill Team has been completely rebuilt. Every rule is bespoke, and they are no longer based on the Warhammer 40,000 rule set.
These dynamic rules allow players to relive tense and gritty spec ops missions full of heroic moments and nail-biting decisions – like the demolition job seen in the stunning cinematic trailer. The new Kill Team experience simulates close-quarters skirmish combat, where stealth and positioning are every bit as important as shooting, and commanders need to use all their cunning to outfox their opponent.

Your units’ datacards are changing, showing off what your operatives can do in more detail than ever before. Front-line troopers can act with comrades, nimble fighters can dodge incoming fire, and powerful soldiers, like the mighty Space Marines, can even perform more actions in a turn than lesser beings. We’ll be having a close look at the new datacards later this week, so keep your eyes peeled.

Kill Team is set among the growing maelstrom of the Octarius sector, where Imperial forces and xenos hordes collide in apocalyptic battles on a daily basis.
As the next narrative setting for Warhammer 40,000, War Zone Octarius is home to a continually developing story that will have far-reaching consequences for the fate of the galaxy. The saga begins with Kill Team and War Zone Octarius: Book One – Rising Tide, which we also revealed during Saturday’s preview.
The kill teams themselves undertake critical missions in this theatre of war, hoping to break the fragile stalemate. So important are the developments in the embattled sector that even those forces not directly involved* have a stake in this momentous conflict.
NewKT 5Things Jul13 Image4q
While players may be used to fighting amid the ruins on Imperial planets or the dark depths of Necron tomb worlds, the ramshackle Ork settlements of the Octarius sector are rife with new challenges.

Constant back-and-forth action is the cornerstone of the new edition of Kill Team, as commanders take alternating turns to activate each of their operatives. Sudden dashes for objectives can come at any moment, and plans must change on the fly as enemy troops weave in and out of cover. No longer will one player have to withstand the full fury of their foe’s assault before getting to respond.

The kill teams themselves are highly customisable, as you would expect from elite teams of operators, and there are many build options available. Each model can be equipped with weapons to match different specialisations within their roster, and no two kill teams will look exactly alike.
Check out these two examples that demonstrate how different you can make a single base model look. 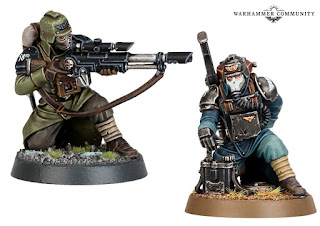 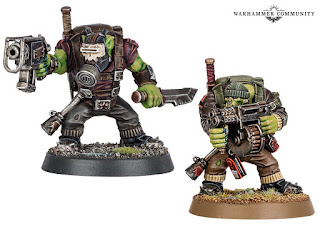 And that’s just the tip of the iceberg. More news is on the way – including a close look at the datacards tomorrow – as we get closer to pre-orders for Kill Team: Octarius opening in August.